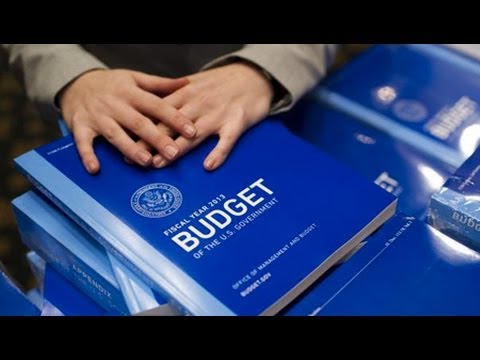 PAUL JAY, SENIOR EDITOR, TRNN: Welcome to The Real News Network. I’m Paul Jay in Baltimore. And welcome to this week’s edition of The PERI Report.

Now joining us from Amherst, Massachusetts, is James Heintz. James is associate director and research professor at PERI.

JAY: So I guess this week it’s all about sequestrationâ€”I find that one of the stranger words. Anyway, somethingâ€”$85 billion of cuts in government spending supposed to be triggered by this deal that President Obama proposed and the Republicans agreed to. So what do you make of all this?

HEINTZ: Yeah. I think there were two developments this week that raised some really serious concerns about the macroeconomic management of the U.S. economy during this time of recovery. And one is this issue of sequestration, which was a deal struck back in 2011 with the Budget Control Act, the first kind of fiscal cliff drama that took place. And what we’re looking at now is about, as you said, $85 billion in automatic spending cuts to hit on March 1 unless Congress happens to be able to strike a deal. So it just feels like we just got through the whole, you know, first of the year fiscal cliff drama, and now it’s back again.

And this raises some serious concerns, because basically fiscal policy that should be used to aid recovery is being turned into a type of political brinksmanship, and it’s not being formulated with a considered approach to what is really good for the U.S. economy and what’s in its long-term interest.

So this is one of the developments this past week.

Another development along the same lines is that the minutes of the January meeting of the Federal Reserve’s Open Market Committee were released, in which the Fed is now starting to raise issues about stopping its stimulus toâ€”. The Fed has been pursuing a stimulus program called QE3, quantitative easing three, which the Fed has been buying about $85 billion in assets and pumping money into the U.S. economy every single month. So sequestration’s about $85 billion one time. The Fed has been doing this, the same amount of money, every single month. And now there’s noises that this is going to lead to inflation, and so there’s arguments that we’re going to cut back on that.

So we have two major kind of contractionary macroeconomic policies in play. We have the sequestration with big budget cuts, and we have the Fed revisiting its stimulus that it’s been pursuing ever since the 2008 crisis. Why is this a concern? Well, unemployment’s still up there around 8 percent and jobless claims went up last week. And so the real economy is not doing very well. And yet what are the policies coming out of Washington? They’re policies to take more conservative macroeconomic stances instead of continuing on to thinking about stimulus to get the economy back on its feet.

JAY: Well, if you take the first part, which was the fiscal cliff deal that led to this sequestration drama, as you call it, isn’t a lot of that because President Obama has kind of bought into the underlying logic of the need for cuts, so they negotiate how much cut? Now he wants some increase in tax revenue from the upper tier, and that’sâ€”I guess that’s what the Republicans are sticking in their heels about. But the underlying narrative about the need for cuts rather than stimulus seems to be coming from both parties.

HEINTZ: Yeah. And the concern that’s being voiced from both parties is that the amount of debt, the public debt, the government debt, relative to the size of the economy, relative to GDP, has grown and is unsustainable.

But if we think about that issue, debt to GDP, there’s two parts of it, right? The size of the debt, the size of government spending, but there’s also GDP and the health of the economy. And so if you’re too focused on cutting back on the debt and you’re pursuing these policies that actually harm the long-term growth of the U.S. economy, you’re shrinking the economy at the same time you’re trying to cut back on debt, and it doesn’t necessarily improve that ratio of debt to GDP. And so what’s missing, one of the big risks of this whole sequestration argument, is thatâ€”or the sequestration that’s going to happen is that there’s not enough focus on what’s going to actually grow the economy and what’s going to produce a healthy recovery. And so some of the automatic cuts would be in areas of infrastructure, education, housing, transportation, these types of programs and these areas of the economy that actually support long-run growth and would actually make government borrowing more sustainable in the long run. And that’s the short-sighted part of this whole approach to sequestration.

JAY: I mean, they get to play, quote-unquote, the blame game. But, you know, President Obama didn’t have to propose and agree to this. In a sense, why should the Republicans do anything now? They may not like the cuts to the military spending, but they’re not really as dramatic as some people have suggested. So I don’t see what there’s any reason for Republicans to move at all on this. They get the kind of cuts they want. And perhaps President Obama gets cuts he wanted in a political way that he doesn’t really have to take responsibility for.

HEINTZ: Yeah. But I think, again, thinking about theâ€”I think you put it well in terms of the political brinksmanship that’s happening. But if we want to step back and say, how should macroeconomic policy actually be conducted to support and facilitate a healthy recovery in this economy, this isn’t the way to do it at all. And if we’re looking at the economy and we’re trying to see what’s going on there, we do see areas of the economy that look like they’re fairly well recovered at this stage. And it’s the financial sector that’s really doing well. It’s posting record profits. If you look at stock market indices such as the S&P 500, Standard & Poor’s 500 stock indices, it’s back to where it was before the crisis. So if you look at those indicators, they’re doing very well. And so you have these very influential players in the economy that are putting pressure on both parties to pursue these types of policies.

But if we look at the real economy, kind of the mainstream part of the economy, as I said, unemployment is still very high. Jobless claims are going up. Foreclosures are slowing down, but they’re still happening at very rapid rates on a month-to-month basis. And incomes and demand in the economy is just not healthy. And so we have this long, sluggish recovery ahead of us, and we have these type of policies that are being advocated and pushed, as you said, by both parties at this stage. But I think there are strong interests in the economy that are also pushing for this direction in terms of cutting government spending, cutting taxes, at a time when the recovery is really not entrenched. And it looks very wobbly right now.

JAY: Now, if you go to the Fed in terms of their quantitative easing, I mean, is this because they thinkâ€”where do they see any inflationary factors? Or is this more that the policy’s kind of failing? They shoveled all this virtually free money to the banks on the theory they would loan it into the economy, which they didn’t do much of, ’cause they didn’t see who to loan it to, ’cause there’s not enough demand. It’s the chicken and egg here, in some way. But the banks are still making lots of money on it through carry trade and other sorts of things. I mean, is this an admission of failure, or do they really see inflationary factors here?

HEINTZ: Well, the argument, I think, is around inflation. The argument coming out of the open-market committee is really about inflationary concerns. That’s what they’ve said, and that’s what the minutes have said. Whether that’s evident in the economy is really debatable. And whether inflation is really the primary concern relative to unemployment and the lack of aggregate demand and the lack of resources being employed in the economy, I think the evidence or the weight of the argument would fall on the side of unemployment, not necessarily inflation.

But, again, I think this is a situation in which, again, the financial sector is worried about inflation. It’s been bailed out. It doesn’t want, necessarily, these same policies to continue in the future, because it’s against its interest. If there is inflation, it undermines the value of financial assets, and that’s where the interests of that sector really lie. And so I think that’s what we’re seeing. I think we’re seeing a shift in kind of the political economy of macroeconomic policy in the U.S. where the more conservative macroeconomic policies, such as deficit reduction policies, anti-inflationary monetary policies, are enjoying a type of resurgence because the interests that benefit from those types of policies were bailed out and they’ve been stabilized. And so that part of the economy has stabilized. They’re very influential in terms of the political process and in terms of major institutions like the Federal Reserve, where most of the members of the Open Market Committee come out of the banking sector itself.

And so I think those are the types of dynamics that we’re seeing and that are playing themselves out. The problem is is that it’s not helping to build the foundations for a firm recovery that’s going to really support job creation and stabilize the situation among homeowners and to boost that type of demand in the economy that’s going to lead to a sustained recovery and long-term growth.

JAY: Right. Okay. Thanks for joining us, James.