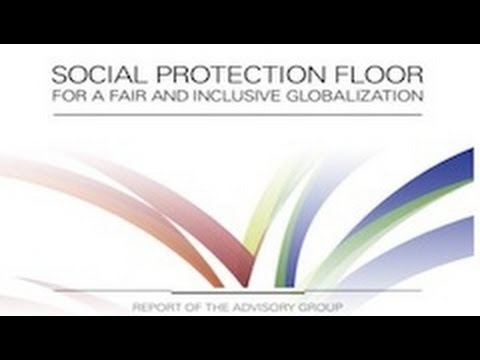 PAUL JAY, SENIOR EDITOR, TRNN: Welcome to The Real News Network. I’m Paul Jay in Washington. In the days just before the recent G-20 meetings in France, Michelle Bachelet (the former president of Chile) and her committee issued a report that called for a "social protection floor". That is, the countries of the G-20 should adopt measures so that people do not draw below a certain income level. In fact, the G-20 final declaration made note of this report and suggested that they agreed with it. But do they? Now joining us to talk about the report and the G-20 is Jayati Ghosh. She’s the recipient of the International Labour Organization Decent Work Research Prize for 2011, and she’s a professor of economics at JNU in New Delhi. Thanks for joining us again, Jayati.

JAY: So, first of all, talk a little bit about the proposal, and then we’ll get into the politics of it.

GHOSH: Well, this is something that has been considered in a number of countries already. And this report of the Bachelet commission is really articulating something that is increasingly getting recognized by developing countries. It makes a number of very important points. First, that there are some basic needs that are social and economic rights of all citizens, and everyone should be entitled to it. So the first point is that there is a case for universality of all these provisions. The second is that there are minimum requirements, whether it is food, housing, employment, social protection in terms of social insurance, pensions, and things like that, disabled payments, things like that, which are necessary to ensure that society functions in a cohesive manner. Third, that this has a very important gender impact, because we all know that women tend to get deprived, typically they’re not recipients of paid work, even when they’re employed in a lot unpaid activities, and they contribute majorly to economies without necessarily being recognized for it. And a social protection floor allows some kind of reduction of these gender disparities. And I think most of all what’s really significant in the current situation is that spending on this, if governments actually make commitments to spend on this, this acts as a very important countercyclical buffer: it reduces the terrible impact of slumps, but it also provides a way for economies to rise above these slumps.

JAY: So, of course, the obvious argument against this is: how is it to be afforded? We’re being told in Europe–and everywhere, really–that the real issue’s austerity right now, not more government spending.

GHOSH: Well, there are two issues here. The first is in fact that basic social protection floors don’t really cost very much. And one of the interesting things about this report is that they made some estimates for relatively poor countries, Zambia and a number of others, in which they said it will not–providing some of these basics will not cost more than 1.5 or 2 percent of GDP, which is really nothing. But the second and more significant point in the current context is that public spending that generates positive multiplier effects actually doesn’t necessarily mean an increase in deficits. When you spend more money on this and this actually creates incomes, which then go out and get spent on other things, you have a positive multiplier effect. That–it causes government revenues to rise. So the deficits don’t go up by as much as the public spending. And, in fact, it’s now–I believe it’s absolutely evident that economies cannot be austere in a recession and hope to get out of a public debt crisis. They have to grow their way out of public debt.

JAY: Well, that, of course, assumes that that’s the objective, because I did little exercise in this G-20 report, the final declaration, and I did the same exercise the last time there was a G-20–or at least the one in Toronto–and I did a search in the document for the word wages. And again, in this document the word "wages" doesn’t show up once. And is that not part of the problem here? As sensible as this policy seems to be, in fact, this is a wonderful opportunity in these countries to lower wages. And if you had a social protection floor, it’s harder to lower wages, ’cause you don’t have as many desperate people around.

GHOSH: I think one of the tragedies of the way G-20 has functioned so far is that there’s been a real absence of an alternate vision. Without an alternate economic vision for macroeconomic policies, we’re really not going to get out of this mess. It now seems like the eurozone will definitely implode. It now seems that there will really be no stimulus to growth from the US. And we really cannot hope to get out of this mess globally until we change our attitude to the way macroeconomic policy has to be conducted at the moment.

JAY: And what would be at the heart of that new vision?

GHOSH: Well, the basic element is that we move away from a private corporate-led growth strategy to a wage- and employment-led growth strategy. And that’s not only feasible; that’s the only sustainable path that remains, especially for large economies with potentially large domestic demand. But even for small economies that are open, you really have to look at pulling up wages and allowing that increase in wage incomes to generate the stimulus for future expansion.

UN Report on Venezuela Fails to Reflect the Causes and Severity of the Economic Crisis – Why? (2/2)