Will Taxing the Rich Deepen the Recession? – The “Fiscal Cliff” is a Scam

James Galbraith: Long term higher taxes on rich will have little affect on economy; higher taxes for ordinary people could deepen recession over time but there is no emergency

James Galbraith: Long term higher taxes on rich will have little affect on economy; higher taxes for ordinary people could deepen recession over time but there is no emergency 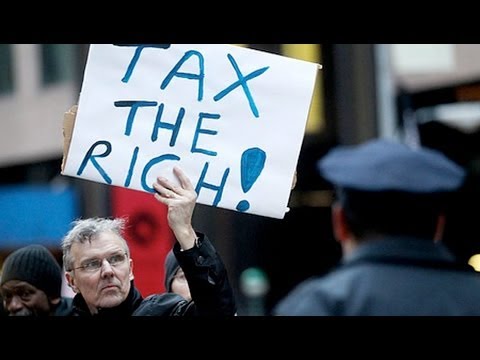 We’re continuing our series of interviews asking the question is the fiscal cliff a scam? And the man who says so is Professor James K. Galbraith. He joins us now. He teaches at the LBJ School of Public Affairs at the University of Texas at Austin, author of The Predator State and Inequality and Instability: A Study of the World Economy Just Before the Great Crisis. Thanks for joining us again, James.

JAY: So point four and point five of your six reasons have to do with the tax increases that are scheduled to take place at the beginning of the next year, and we’re told this will be terrible. Do you think so?

GALBRAITH: Well, if the tax increases on the broad middle class were to stay fully in effect for six months or a year, that’s going to crimp people’s budgets, and so I think that’s something that should be avoided. But if the decision to restore those lower tax rates happens in mid-January, end of January, mid-February, the effect will be minimal. I think it probably will not even be perceptible in the data, ’cause people will simply go on spending what they were expecting to spend in anticipation that the Congress is going to act. And that’s, I think, a very reasonable thing for people to expect.

JAY: So on the upper-end taxpayers that will get an increase because of the end of the Bush tax cuts, we’re told by the Republicans (and even some conservative Democrats don’t like this idea) that this will also contribute towards a continuation of recession, ’cause the rich won’t invest and such.

GALBRAITH: There’s no reason to believe that at all. To begin with, these are restoring the tax rates that existed in the Clinton period, and there’s no reason to believe they inhibited investment then. On the contrary, you had a major investment boom in the last years of the Clinton administration. I’m not saying that restoring the tax rates would reproduce that boom, but they’re not inconsistent with any level of investment that American business chooses to make at any given time. That’s clear from the historical evidence.

Would there be a significant effect on total spending as a result of the crimping of upper-end budgets? I think the answer to that is probably not. First of all, when you’re dealing with very wealthy people, they spend what they’re going to spend, and then everything else is a residual. If that residual is smaller because they’re paying a higher tax rate, it’s not going to make a very material difference.

Would there be some effect in normal times? Well, it might put a crimp on, for example, upper-end housing construction, but that’s not going anywhere anyway.

So I don’t really see a credible argument that allowing the upper end of the Bush tax cuts to expire would have a significant effect, contractionary effect on the economy at this point.

JAY: So the argument that we hear, that more discretionary income on behalf of the wealthy winds up in more investment, I don’t think there’s too much argument on the consumer side, but essentially it’s that they’re the job creators, and they simply won’t createâ€”invest as much in job creation if they can’t make as much as they can now.

GALBRAITH: [inaud.] been the case. We had much higher marginal tax rates in the ’50s, ’60s, and into the ’70s than we do now, I mean, dramatically higher, and investment rates were essentially similar to what they are now. I mean, the reality is that businesses make investment when they see a reasonable expectation of making profits, and if the share of those profits go to the federal government, the corporate income tax, the personal income tax, [incompr.] go. But nobody who’s entrepreneurial is going to be deterred by that, because the alternative is to leave the money on the table, not to make it at all. So if you have an entrepreneurial culture, a true capitalist economy, as, you know, many people believe we have (and certainly the conservative argument has always been that we have), then you’ve got to believe that people will take those profit opportunities if they exist. That’s, I thinkâ€”so, to claim that somehow the wealthy business leaders of the country are so cowed by a 3Â percent increase in their marginal tax rate that this will cause them toâ€”do what, exactly?â€”not be entrepreneurial anymore is aâ€”the kind of thing that I think really ought to drive a wedge between the business leadership and conservative voices who are making that argument.

JAY: Right. Well, whatâ€”this tax increase is, as you say, pretty modest. What tax increase would you like to see if it was up to you? I mean, whatâ€”is there a point where it is negative in terms of its impact on the economy? What should the tax rate on the wealthy be?

GALBRAITH: Well, this is a question of, let’s say, the distribution of wealth, the distribution of power. It’s really not an important question of the functioning and performance of the economy. Where I would worry about things is in the lower end, where working families do live hand-to-mouth, and if their incomes fall, their disposable incomes fall, they have to curtail their consumption. And then, particularly where they have very high fixed costsâ€”mortgages, car paymentsâ€”that they’re trying to meet, then basically their discretionary consumption comes out of what’s left.

Now, where do we see that problem? We see it with the payroll tax. The payroll tax is paid at basically a flat rate by working people, and for the last several years, we’ve had a reduction in that rate of a couple of percentage points with significant relief for working families. That payroll tax holiday is also slated to go away on JanuaryÂ 1. The president has said that he doesn’t want to see any increase in middle class taxes, but he has not said that he wants to see an extension of the payroll tax holiday. Unfortunately, when that holiday expires, that will be a significant increase in middle- and working-class taxes, very clearly. Anything up to a-hundred-and-so thousand dollars gets hit. So if you want to do something that isn’t on the table so far, I would say you should, first of all, pass the president’s bill, which is to extend the lower rates on income. Basically, you can make that indefinitely, or you can make it for five or ten years; and I would put a phase-out, let’s say, over three or four years of that payroll tax holiday, rather than ending it abruptly on JanuaryÂ 1.

JAY: But if you go back to theâ€”we’re going to doâ€”in the last segment, we’re going to get more into what should be done. But just back to this point of the wealthy, I mean, if tax rates were, as Warren Buffet’s saying, 30,Â 35Â percent, or if they went to 40Â orÂ 50Â percent on the wealthy, or, you know, if you took it over $10Â million and you went even higher than 50Â percent, you’re saying that the rich may not like that, but it’s not a negative impact on the economy.

GALBRAITH: I think you can, you know, press things too far. But within the ranges that we’re talking about, this is much more politics than it is economics. And the president has a very strong political case. The American public agrees with him on this. The Republican Party is faced with all kinds of dilemmas about whether they can give up this modest increase on the wealthy and still survive politically. And, you know, that’s really what this discussion is about. We’re not going to see this in terms of material effects on economic performance.

Now, I want to be careful, because some part of the argument that’s made by progressivesâ€”and, of course, I consider myself to be oneâ€”is that we need to get as much money as possible for the federal government. And the reality is that that is not really what the objective should be. The objective of policy should be to sustain living standards for the broad American middle class, to protect people in adversity, which means sustaining Social Security, Medicare, and Medicaid primarily, but also other programs that do that, and to promote the growth of economic activity, particularly on lines that solved and addressed actual problems that we have.

And the question of the deficit, of the balance between spending and revenues, is properly seen as an outcome, as the consequence of dealing with those issues, not as an objective in itself. If it takes a bigger deficitâ€”more spending and less tax revenuesâ€”to accomplish a given set of desirable objectives, then that’s exactly what we should do. We should not allow ourselves to drift into the notion that zeroâ€”that a balance in the budget is somehow an objectively desirable thing. It might happen, it might not happen, but it really doesn’t matter toâ€”I mean, it’s not something which is theâ€”should be the focus of our economic policy-making. Much more important is to put people back to work, to rebuild the decayed infrastructure of the country, to deal with our energy and our climate problems, to protect people’sâ€”from foreclosures, to restructure the financial system. These things are allâ€”should be very much higher on the list. And in comparison to them, the deficit and the debt are just distractions.

JAY: Okay. Please join us for the next and final part of this series of interviews, “Is the Fiscal Crisis a Scam?” And don’t forget we’re in our final campaign for this year, fundraising campaign. Every dollar you donate gets matched. So please click on the Donate button. Thanks for joining us on The Real News Network. 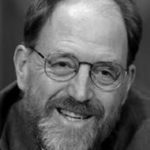 James K. Galbraith teaches at the LBJ School of Public Affairs, The University of Texas at Austin. He is a Senior Scholar of the Levy Economics Institute and the Chair of the Board of Economists for Peace and Security. The son of a renowned economist, the late John Kenneth Galbraith, he writes occasional commentary for…