In the Shadow of Ronald Reagan

Jeff Faux Pt2: Since Reagan America has not looked to the future and this includes Clinton and Obama

Jeff Faux Pt2: Since Reagan America has not looked to the future and this includes Clinton and Obama 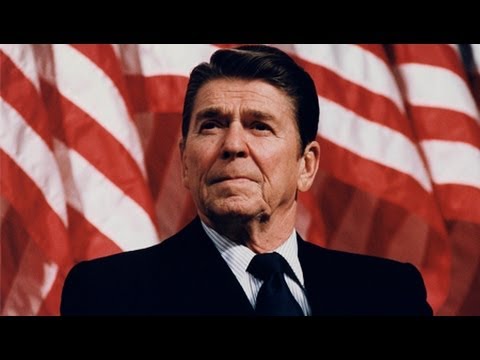 This is part two of our series of interviews with Jeff Faux about where exactly is the American governing elite leading the American middle classâ€”or some might say American working class, which seems to me to make more sense, because if there’s a middle, there’s an upper and a lower. And I don’t know where all that leads. But, anyway, where are we being led?

Now joining us from our D.C. studios is Jeff Faux. He’s a founder and now distinguished fellow of the Economic Policy Institute in Washington, D.C. He’s an activist, economist, a writer who’s written extensively on globalization and neighborhood development. And his latest book is The Servant Economy: Where America’s Elite Is Sending the Middle Class. And just we’re going to also post underneath this or in our column section a piece that Jeff wrote called "The Hunger Games Economy", which is a pretty good summation of many of the things we’re talking about. Anyway, thanks for joining us, Jeff.

JAY: So we left off the last discussion. Essentially you have this service economy being developed, and even in the industrial economy, too, except for a few privilegedâ€”very privileged sectors, and those privileged sectors seem to be disappearing. What I mean by that is the really higher-paid industrial wageâ€”I mean, it’s not that the whole economy’s becoming service, because where there is industrial production, they are breaking the back of unions and wages and they are continuing to have industrial jobs. They just don’t pay much anymore, whether it’s the auto industry or in Wisconsin, places like Harley-Davidson and others, this trend across the country of two-tier contracts, where the older workers kind of can keep their wage, but they get rid of them as fast as they can and hire new people at half the rates. So one way or the other, the wages are going down, demand is going down. So who’s supposed to buy all this stuff?

FAUX: Well, they don’tâ€”they’re not worried about the U.S. consumer as much as they were before. Ford, GM, General Electric, IBM, Microsoft, Apple, their long-term projections and their long-term interests are in the rest of the world. But there’s still a lot of business here. The difference is they don’t feel any responsibility for making sure that wages are enough for Americans to buy. Their experience over the last 30 years is that Americans will go into debt in order to buy their goods so they don’t have to pay the wages that are enough to support a family.

JAY: But that only goes so far. Like, you had the subprime mortgage thing. You know, they are able to get, you know, hundreds of thousands of people, mostly African-Americans in poor cities who had never really had credit before, they were able to embroil them in credit and draw them into the system. But there’s a point where it crashes because they can’t pay the loans off. So, like, there’s no long-term gain there.

FAUX: Yes. Well, that’s only if you think that they’re concerned about the long term of their institution. For the most part, the people at the top are interested in getting their money back and getting their profits in as short a period as they can. You know, again, in the old days, Henry Ford worried about what the Ford Motor Company was going to be like 10 or 15 years down the road. These guys don’t. By that time, they will be retired. They have gotten their bonuses, they will have gotten their high salaries, and, you know, let somebody else worry about it.

The change in the culture of the governing class, the business part of the governing class, has really been quite dramatic in the last 30 years. The short-term focus now pervades American business, which is why you had this crash in 2008 and 2009, $12Â trillion lost, and you still see the people who did it doing very well. I mean, they know they’re going to be bailed out by the U.S. government, whether it’s Obama or Romney, and so they don’t have the long-term concern that they used to have.

JAY: Okay. Now, in the first segment, you talked about the three American dreams: the dreams of Wall Street to have unregulated speculative profits (and they’reâ€”seem to be fulfilling that dream pretty well); the dream of those people who control the industrial-military complex to make maximum return on their capital (and of course there’s lots of overlap between that and finance anyway); and then the third dream, of ordinary Americans, to have a, you know, relatively stable life and maybe a house and kids and college and stuff. And you point out in your article, well, two out of three maybe, but the deal’s done, the third is going to be sacrificed. So talk about that.

FAUX: Yeah. If you look at the economics literature and what the economists who work for the administration and the big companies are saying, they’re waiting forâ€”they’re telling us to wait for the recovery. Well, we’ve been in this recovery for about three years now, and it turns out that this is the recovery. EightÂ percent, 9Â percent unemployment, that is the recovery in this new era that we’re in. And it reflects the decision at the top not to come to the rescue of the American middle class but to come to the rescue of Wall Street, number one, and number two, to keep its own dream of America being the global policeman.

So we’re looking at an era in front of us, Paul, where the twentysomethings who work at Apple for $12 an hourâ€”and if you ask them, they’ll say, well, this is just temporary; I’m waiting for, you know, something to come along so I can get back on a professional career path, waiting for the recovery. Well, the twentysomethings are going to turn into thirtysomethings and fortysomethings with dead-end jobs, because the policy of both parties at this pointâ€”and it’s a little better under the Democrats than it is under the Republicans, but the basic policy is the same, and that is America is going to compete in the world on the basis of lower and lower wages.

JAY: Now, the issue of wages never gets talked about. And it’s not like they don’t understand it. It was interesting at the Toronto G-20, the final statement. At The Real News we did a lot of reporting on both the police violence at Toronto G-20 but also the substance of what was decided there. And the final document, it’s very clear they understand the need for demand and higher wages. They just want it to happen in China. They don’t want it here. There was nothing about raising demand in Europe and North America. It’s Asia that’s supposed to raise wages. So it’s not like they don’t get it.

FAUX: Right. And, in fact, the Chinese can’t do it all themselves. So it goes back to this question of who is responsible for the long term. And the answer is: nobody. It’s not like this systemâ€”they’ve figured out how to keep this system going. They don’t care if it goes forever. All they care about is if it goes enough for them to pile up what they needâ€”retire or quit and they’ll be okay. I have talked to people on Wall Street who would just express that. You know, the long-term demand, what’sâ€”you know, the growth of the American economy, the competitiveness, that’s not their business. But they are the ones who make this decision.

And I think there’s aâ€”in a sense what happened after Reagan, who was elected in the ’80s, is that the sense of the future disappeared from American politics. I mean, in my book I go on to the history of this, how in the 1970s when the energy crisis broke and it was clear to many people that this was a signal that the United States was no longer automatically king of economic hill, so they were discussions, there were proposals for long-term planning agencies, there wereâ€”issues of energy, of course, were a big deal. And it was not only among elites. Around the time of the bicentennial celebration, 200 years of the American Revolution, there were cities and towns, states all over the country who were starting to think about the future and having a politics of that. And there were debates and there were commissions aboutâ€”seems quaint now, but howâ€”what their town or what their state would look like in the year 2000. So there was a sense in the 1970s that this was all starting to fall apart, and people were getting concerned about it and looking towards the future.

But the future disappeared from politics after Reagan got elected. You remember, Reagan came in and he ripped out the solar panels that Jimmy Carter had put into the White House. The future would not be shaped by democratic government; the future would be shaped by the market. And that’s what we’ve got now. And we’re still under Reagan’s shadow. Obama and Clinton are under Reagan’s shadow.

JAY: Alright. In the next segment of our interview we’re going to talk more about President Obama and Mitt Romney and the U.S. presidential elections and what vision either of them have, if any, for the American economy. Thanks for joining us on The Real News Network.