Why the Federal Reserve Needs To Go Beyond Interest Rate Policy

The long-term decline of the U.S. economy won't be reversed until there's movement towards greater public investment, protections for workers, and a higher minimum wage, says PERI co-director Gerald Epstein

The long-term decline of the U.S. economy won't be reversed until there's movement towards greater public investment, protections for workers, and a higher minimum wage, says PERI co-director Gerald Epstein 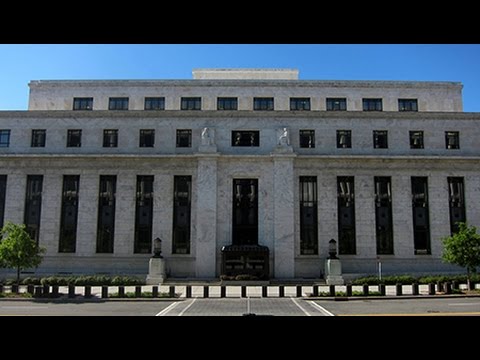 Interests rates will remain unchanged. That coming out of this week’s meeting of the Federal Reserve in DC. The official word from the feds, per their own statement, was that job gains have been “solid”, that household spending has been growing strongly, and inflation is running below expectations. But does this mean that the economy is actually doing well or are we still in a recession dressed up to appear better than what it actually is?

Joining us today from New York City is Jerald Epstein. Jerald is the co-director of the Political Economy Research Institute. He’s also professor of economics at the University of Massachusetts at Amherst. Jerald welcome back.

JERALD EPSTEIN: Thanks a lot Kim.

BROWN: Jerald let’s start with the basics and then we can delve a little bit deeper. If the economy is showing the signs of strength as the Fed has indicated, then why didn’t they raise interest rates now and do you think that they are likely to do so at all this year?

EPSTEIN: Well I think Janet Yellen who’s the chair of the Fed, is aware that even though it’s been showing strength and the economy has been growing moderately for several years now, that there’s still much more room to go. That is that wage growth has gone up a tiny bit more than inflation recently, it’s still pretty stagnant, pretty flat line and she knows there’s still a number of workers out that who are so discouraged that they haven’t joined the labor force. So Janet Yellen is concerned about the labor force and the growth of wages but the problem is twofold. First of all, it’s always dangerous to raise interest rates around election time. So traditionally the federal reserve, they’ll try not to do that, move interest rates right around an election. So that’s one factor leading them not to do anything.

The second factor leading them not to do anything is that keeping inflation under control is one of their main mandates. They have two. Maintaining inflation at a low rate and they have a 2% target, and reaching high employment. Inflation is still below 2%. There’s really no signs of inflation going up. So there’s no compelling reason from the point of view of the macro economy to raise interest rates.

BROWN: It’s funny that you mention that the Fed is less likely to raise interest rates or even mess with the interest rate around election time because the Republican nominee for president, Donald Trump has already accused Chairwoman Yellen of keeping the interest rates unchanged in order to appease the Obama administration. She of course has denied this. What are your thoughts?

But there was something kind of unusual for this meeting. In the recent meetings it’s been unanimous to keep interest rates the same or to mostly do what the Federal Reserve has done. But this time it was quite contentious. There were actually 3 people on the federal open market committee, the ones who make this decision who voted to raise interest rates.

This is kind of challenge to Janet Yellen’s leadership in this regard and it also shows what kind of pressure the Federal Reserve is under, particularly from the banks and the mutual fund industry, the insurance industry because with interest rates being so low, it’s very difficult for them to eek out much of a profit. And is typically the case when interest rates are very low for a very long period of time. Some sectors and very powerful important sectors of the financial industry push very hard for interest rates to be raised and they usually get a pretty good hearing at the Federal Reserve [be]cause the Federal Reserve has traditionally done pretty much what the banks have wanted them to do.

BROWN: Jerald it seems as if there’s not enough agreement between the Federal Reserve and among every day Americans on how well this economic recovery is going. So let’s unpack some of the elements of this. Starting with Chairwoman Janet Yellen’s comments on labor markets.

BROWN: So the unemployment rate was under 5% in August and the caveat to that is more Americans are working part-time jobs. Plus, the gig economy is one way that people are surviving and supplementing their income. So is unemployment published monthly by the Bureau of Labor statistics, giving us an accurate figure on the number of Americans who are out of the labor force?

EPSTEIN: They don’t have an accurate number. They have estimates and I think it’s true that there’s still quite a few so called discouraged workers who are out of the labor force. It’s also the case like we said in the beginning that wage growth has been stagnant. Look, the Federal Reserve has a real dilemma here. On the one hand and this is typically the case with Janet Yellen who I think does want to indicate that their policies have had some effect, otherwise nobody will want them to continue these policies. And she thinks that they have had some positive effect on employment and I think they have.

But on the other hand their policies cannot turn around the long run decline of our economy. We need much different kinds, much bigger, much more radical policies in terms of public investment to generate jobs, hiking the minimum wage to a living wage, providing much more in a way of a safety net for workers, protecting pensions and other investments. So the list is very, very broad and very deep. And the Federal Reserve has been pretty reluctant to go further down that list.

The Federal Reserve could do more. They could use different tools to invest directly in the economy. There’s a group called Fed Up which has proposed that they do this. But Janet Yellen and her committee want to stay pretty close to their broader toolkit that they’ve developed and are really afraid to, I think take more radical action which they plausibly could take.

But in the end it really raises questions of the Federal Reserve’s legitimacy. Can they take some kind of really radical action without the broader government saying go ahead and do it? And until the political stalemate we have is resolved, I’m afraid the Federal Reserve can’t do much more and that means this kind of stagnation in wages and so forth is going to continue.

BROWN: Jerald you raise an excellent point about wage stagnation and how wages have largely remained flat going back 20, 30, and even 40 years depending on who you ask. But new census data this month says that household income jumped over 5% which is the largest such gain in decades but that top 1% of Americans saw an increase of around 7% rise in their income. If most of the economic recovery gained since the great recession of 2007, 2008–if most of these gains have gone to the top1%, does it still count as a recovery if it’s not being felt by the majority of Americans?

EPSTEIN: No it does and this has been a very lopsided so called recovery and yes there have been some modest gains for the middle class and some working class people. So the Federal Reserve actions have had some positive effect. But until you really change the structure, change the tax policies so that the wealthy have to pay more of their taxes so the multinational corporations can’t park their earnings overseas and not pay any taxes like Apple and other corporations have been doing until you have much more aggressive jobs programs to bring about a Green transition and many other things. We’re not going to have a real recovery. These kind of very small sorts of gains which are gains but aren’t enough are going to be the best we’re going to see.

EPSTEIN: It’s several things. First of all, cheap oil prices and other commodity prices are one thing. But they’re also partially related to the headwinds in the global economy against economic growth. China’s not growing as much so they’re not demanding as much oil and other commodities. Many other developing countries aren’t growing so fast. Europe isn’t growing hardly at all.

So this really dampens the demand for all of these commodities and with these prices going down that does keep inflation in check. The other thing is, all of the forces that are keeping wages in check. That is, imports from China, the union busting that’s been going on, the threat of multinational corporations to move abroad. All of these factors plus more are making it very difficult for workers to have their wages go up. Wages are a cost so that to some extent keep inflation in check as well.

EPSTEIN: Yes, we’re always at that kind of risk. It’s hard to see where exactly the bubble would come from. There are little bubblets going on all over the place that don’t seem so broad and connected up with debt and the financial system that it seems as so we’re going to have a kind of bubble burst the way we saw in 2007, 2008 but we might have bubblets burst in the high tech industry and so forth. What’s more likely is this slow burn of stagnation and increases in distress effecting so many people in the United States except for the wealthy who will continue to do very well. Not only income inequality at all-time highs, wealth inequality, how much assets people own has grown and grow and grow and grown. If you look for example, if the net wealth, that is assets minus liabilities, minus debt of African Americans in this country. A report recently came out that said, the median net wealth of African Americans is zero. There’s no net wealth. So this system cannot continue to go in this form. It helps to explain a lot of the political disorder that we’re seeing. The political fighting up we’re seeing and it’s just going to keep going unless we have some fundamental changes in the economy.

BROWN: Indeed. We’ve been speaking with Jerald Epstein. Jerald is a co-director of the Political Economy Research Institute. He’s also professor of economics at the University of Massachusetts at Amherst. Jerald as always, we appreciate you joining us here on the Real News.

EPSTEIN: Thank you very much Kim.

BROWN: And thank you for tuning in to the Real News Network.