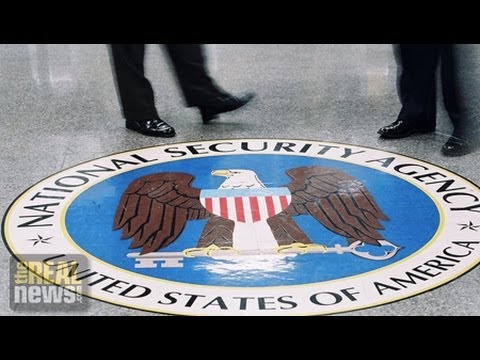 On Wednesday, Congress voted against the Amash amendment. The amendment basically reined in the NSA’s phone spying dragnet that costs roughly $600 billion. The vote was defeated, and was introduced by Michigan Republican Justin Amash. The amendment would have blocked funding for NSA surveillance activities that are not limited to specific persons of interest. Let’s take a listen to what the congressman had to say on the House floor.

JUSTIN AMASH, U.S. REPRESENTATIVE (R-MI-3): We’re here for a very simple reason, to defend the Fourth Amendment, to defend the privacy of each and every American. As the director of national intelligence has made clear, the government collects the phone records, without suspicion, of every single American in the United States. My amendment makes a simple but important change. It limits the government’s collection of the records to those records that pertain to a person who is the subject of an investigation pursuant to Section 215.

DESVARIEUX: According to research by MapLight, the 217 congressmen that voted against the amendment received twice as much campaign financing from the defense and intelligence industry as the 205 people that voted for the amendment.

Now joining us to unpack all this is Jay Costa. Jay is the program director of MapLight’s web and data projects. He previously served on San Francisco’s Sunshine Ordinance Task Force, chairing the group’s Education, Outreach and Training Committee, and on Berkeley’s Fair Campaign Practices Commission and Open Government Commission.

Thanks for joining us, Jay.

JAY COSTA, PROGRAM DIRECTOR, MAPLIGHT: Thank you for having me.

DESVARIEUX: So, Jay, my first question is related to the numbers. Can you just break down what exactly you guys found in your report?

COSTA: Absolutely. So at MapLight we track interest groups that support and oppose pieces of legislation like the amendment that we’re discussing right now. So what we found is that defense contractors who didn’t want to see the NSA surveillance curtailed, basically, they had given 122 percent more to the legislators who voted their way than they did to legislators who voted against how they wanted to see the amendment go.

DESVARIEUX: Okay. And then so what does that mean, exactly? Does that mean that we’re seeing people now that are voting, when it comes to defense bills, more on party lines? Or does it have to do with who’s actually giving them campaign contributions?

COSTA: Well, it’s an excellent question, because, you know, especially these days in Congress, almost every vote happens along party lines. We have an extremely, extremely partisan Congress.

This vote you actually saw quite bipartisan alignment. You saw Democrats and Republicans alike joining to say that this NSA surveillance program should be, you know, really reined in. And it turns out that the people who thought that the NSA program shouldn’t be reined in have received quite a lot of tax cash in campaign contributions from defense contractors. So, you know, it really does raise the question of, well, nothing can promote bipartisanship like a common campaign donor.

And, you know, it’s really–that is a pattern that we at MapLight see again and again in Congress is a correlation between how members vote and who their donors are and what positions their donors are taking on the bills on which they are voting.

DESVARIEUX: Okay. How much transparency is there to find out how much the NSA budget is, primarily, also how much of the NSA budget goes to these private defense contractors? Do you have any sense of that?

COSTA: Yeah. Well, the specifics of the budget are classified, but it’s thought that, you know, it’s somewhere in the $10-20 billion range. And as much as 70 percent has been estimated to go to private contractors.

DESVARIEUX: In your opinion, are we going to be seeing more of this? Is this really just an epidemic and this is just–or is this an isolated event?

COSTA: No, I mean, absolutely. It’s going to–this is business as usual for Washington. You have these high-contributing industries who have a stake, you know, in every piece of legislation that crosses a member of Congress’s desk. They’re the ones who went out.

You know, we as voters are the ones who put members of Congress into office. We get to vote come election day. But we’re not the ones who are really, you know, being served here. We don’t actually get to choose who gets elected, because ultimately it’s the members who are the best funded who are able to run the campaign ads that reach us, who are able to, you know, essentially run winning campaigns. And they do that using the dollars of the industry, including defense.

DESVARIEUX: Okay. Can we get some names? Like, who are these congressman that you would say are getting these big dollars and they are voting against things like the Amash amendment, both Democrats and Republicans? Who are we talking about?

COSTA: Well, you see–well, so Amash himself actually is one of the lower recipients of money. He got, you know, somewhere in the $1,500 range, and he was in the bottom 50 recipients. You see Buck McKeon actually being the top recipient. He had over $500,000 from these industries. But, you know, right underneath them you have Ruppersberger.

So it’s really not–again, party is not a predictor of who’s going to be receiving money. You have people on both sides of the aisle getting tremendous amounts of contributions and turning around and serving those who contribute to them.

DESVARIEUX: Okay. Really interesting report, Jay. Thanks for joining us.