Jeff Cohen: The way to defeat Romney is to say he's an agent of the 1 percent. The problem is that Obama's policies for years have really helped the top 1 percent and have not been that great for middle-class Americans

Jeff Cohen: The way to defeat Romney is to say he's an agent of the 1 percent. The problem is that Obama's policies for years have really helped the top 1 percent and have not been that great for middle-class Americans 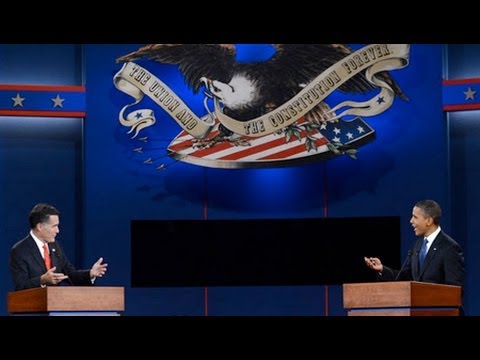 For another take on last night’s debate between President Obama and candidate Romney, we’re now joined by Jeff Cohen. Jeff is the author of Cable News Confidential. He cofounded the online activism group RootsAction.org, and he previously founded FAIR, which most people know. Thanks for joining us, Jeff.

JEFF COHEN, AUTHOR, ROOTSACTION.ORG COFOUNDER: Great to be with you.

JAY: So how did you react to the debate?

COHEN: Well, I was trying to watch the debate as if I were a swing voter. Paul, you and I have talked about swing voters in past interviews. You know, swing voters are not ideological. Some of them are not that well informed, they pay attention near the end, and they go back and forth. That’s by the natureâ€”that’s by definition why they’re swingers.

And for swing voters, the status quo has not been workingâ€”you know, for decades, real wages down, insurance, homes under jeopardy. So I really feel that Romney is able, in trying to go after those swing voters, at making that point that he’s the agent of change. And, frankly, the status quo isn’t very good for working-class and middle-class Americans.

JAY: I was kind of surprised that President Obama wasn’t able to, you can say, think on his feet. His game plan clearly was to try to fight the Romney who had campaigned in the primaries, the Romney that picks Paul Ryan as the vice president. In other words, the Romney who doesn’t have any interest in compassionate conservatism isâ€”you know, comes on as an unabashed hard-right conservative. And then Romney shows up, as you say, as President Bush ran in 2000. And Obama couldn’t adjust to that, and he just seems completely befuddled.

COHEN: Yeah. Iâ€”well, it’sâ€”I agree with that 100Â percent. He couldn’t adjust. He didn’t know how to respond.

And what you need to defeat Romney in a debate is you need to have at least one populist bone in your body. But Obama, who’s spouting, you know, truisms or cliches that aren’t so true, like the genius of America is the free enterprise system, you know, an Obama who’s spouting that kind of rhetoric and really can’t do populism has lost your main weapon against a guy like Romney. And Obama, you know, to the degree that he tried a populist instinct that was sort of making fun of Donald Trump and talking about tax breaks for corporate jets and the oil and gasâ€”you know, the oil subsidies, these are all peripheral issues, and they came across as peripheral, and Obama came across as halfhearted.

The way to defeat Romney is to say he’s an agent of the 1Â percent. The problem is that Obama’s policies for years have really helped the top 1Â percent and have not been that great for middle-class Americans. So he’s in a bind. He doesn’t have a record he can point to. And when he did point to health careâ€”you know, among the reasons Obama was defending his health-care reform is that it had been originally a Republican idea and private insurance companies got more customers. I mean, he just didn’t make the sale. The status quo is bad. Romney seemed to acknowledge that. Obama didn’t seem to acknowledge it.

JAY: I was talking earlier to Vijay Prashad, and he made a good point that there was this moment that if Obama was kind of real and genuine in that space and not so scripted, he clearly would have said, I want an America where there is a place for Big Bird. I mean, he had such a moment there. But he’sâ€”all he went in was, I can’t make any mistakes, I have to stick to the script. And even though the thing was unravelling in front of him, he’sâ€”I guess he’s such a pragmatist that he thinks this script works and he couldn’t relate to the moment.

But Obama is very comfortable [crosstalk] the center. He’s very comfortable with Wall Streeters. That’s why he filled up his economic team with Wall Streeters. He’s not that comfortable. We’ve been hearing for months, oh, Romney can’t appeal or reach out to the middle-class person. I’m not sure Obama’s ever been good at it. And, frankly, when you’ve been the president for almost four years, you have to have policies that help the middle class, and he really can’t point to much.

COHEN: It’s my beliefâ€”my view is you don’t throw away your presidential vote. And if you’re in one of these twelve swing states, these battleground states, these close statesâ€”everyone knows what they are; it’s Florida, North Carolina, Virginia, Ohio, Michigan, Wisconsin, New Hampshire, Colorado, Iowa; there’s twelve of themâ€”if you live in those states while Obama’s policies on bloated military and endless war and abridging civil liberties, he basically doesn’t have much of an environmental policy, if you’re upset with Obama, you have to understand that Romney on every one of those issuesâ€”war, civil liberties, environment, taxesâ€”is even worse. So I would say, don’t throw your vote away in the swing states. It’s only a dozen of them. Vote against the right wing and what a right-wing regime would be by voting for Obamaâ€“Biden.

But if you live in the 38 safe states where the difference is going to be 15Â points or more and where one or the other party doesn’t even go into the state and campaign or buy commercials on TV, if you live in one of those 38 states, I would say don’t throw your vote away by voting for Obamaâ€“Biden when, if youâ€”and as progressives, most progressives disagree with Obamaâ€“Biden on war, on the civil liberties, on environment, on the fact that, you know, Wall Street got bailed out but the middle class didn’t and they’re losing their homes.

I think that in both safe states and battleground states, don’t throw your vote away. If you live in one of the 38 states [crosstalk]

JAY: What do you make of the argument that, first of all, there really isn’t that much difference in policy between the two? And there was some of that in the debate last night. In fact, the moderator had to [incompr.] kind of finding, well, so you guys do disagree on this, don’t you? And the number of times Obama said, well, Mitt Romney and I agree on this, butâ€”the argument goes that there really isn’t that substantive a difference between them, and that by having Obama as president, some people argue, it kind of disarms a lot of the opposition to these policies, becauseâ€”amongst the African-American community and other elements, that they don’t want to take on Obama the same way they would a Romney.

COHEN: There’s no doubt that there’s often more activism when a Republican is in power, as opposed to a Democrat who’s governing with Republican policies. The reality is that if the Romney regime gets in, Iran will be immediately more dangerous than it is nowâ€”and it’s already dangerous. Our biggest military budget in world history that Obama gave us is going to grow by $2Â trillion. You know, we know that as bad as Obama’s policies are, they will be worse under a Romney regime. That’s why in those twelve states I think you have to vote against a Romney right-wing regime.

But in those 38 states, which includes New York, California, most of New England, the northwest, the Deep South, Texas, those states are completely safe. We know who’s going to win them. So that’s where you register your protest that you do not support the status quo, you do not support the Obama status quo. In those states, you shouldn’t throw your vote away by voting for a Democratic Party that you disagree with.

So, I mean, it’s just called strategic voting: vote differently depending on what state you’re in.

JAY: Alright. Thanks very much for joining us, Jeff. 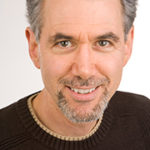 Will Trump’s Instincts Win Him a Second Term?