Reactionary propaganda is used to deny parole to long-time political prisoners says ex-political prisoner and current co-chair of the National Jericho Movement Jihad Abdulmumit who was back to provide an update on the parole status of Mutulu Shakur, Sudiata Acoli, Jalil Muntaqim, Robert "Seth" Hayes and Herman Bell.

Reactionary propaganda is used to deny parole to long-time political prisoners says ex-political prisoner and current co-chair of the National Jericho Movement Jihad Abdulmumit who was back to provide an update on the parole status of Mutulu Shakur, Sudiata Acoli, Jalil Muntaqim, Robert "Seth" Hayes and Herman Bell. 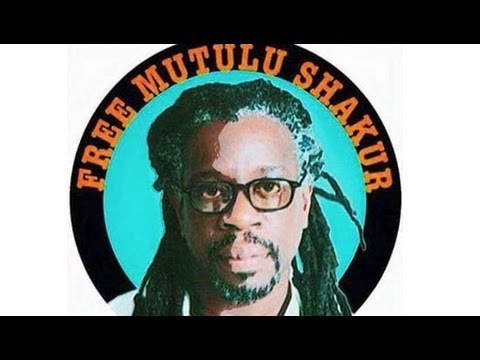 Joining us once again for facing reality, in our weekly look at the specific crisis of political imprisonment, is Jihad Abdulmumit. Jihad was himself a political prisoner as a result of his work with the Black Panther Party and Black Liberation Army, and works now as co-coordinator of the National Jericho Movement, whose mission is the freedom of all political prisoners. Welcome back to the Real News, Jihad.

ABDULMUMIT: Yes, indeed. So, Dr. Mutulu Shakur, he himself, along with hundreds of other supporters around the world were anticipating a lot of joy and excitement of him being released on February 10 last month, which he wasn’t. So the situation is now that he’s been referred to the parole board. And what is really being asked of everybody, all his supporters in the community at large, is to give him the support, that much-needed support, so that actually he does not get denied his parole. He’s going up on April 4, I believe.

So if you go to the website Mutulu Is Welcome Here. Mutulu Is Welcome Here. And indeed, he is welcome here. Wherever we reside he is welcome here. And that website will give you specific, detailed instructions about how to render the most focus of support that we can give him in terms of writing and calling the parole board. And what Mutulu is really asking is that we give good narratives about his accomplishments, and how he has progressively and positively impacted the lives, our lives, and the lives of our youth coming up, and all the things that he has done to advance the cause of freedom and self-determination, and a better way of life, human rights for everybody.

So that, again, that website is Mutulu Is Welcome Here. Because what is happening is that [we] anticipate the parole board to paint the negative narrative, which we are constantly fighting against. We’re showing the [inaud.] and the conditions and that necessitated our freedom fighters to take the positions that they have taken in the past. And the parole board and those that are on that side of the defense, if you will, for lack of a better term, of painting the narrative that he’s a danger to society. A danger to society, what society, who?

So we really have to challenge and combat that narrative, and the best way to do that is to go to that website.

BALL: But I know that the parole board was not so kind recently to Sudiata Acoli. Could you first, if you would, recap for our audience who Sudiata is and why he’s locked up, and then tell us if that narrative that you were just describing played a role in his recent denial of parole.

ABDULMUMIT: Exactly the same conditions. So our comrade brother, our dear brother, Sudiata Acoli, was sister Assata Shakur’s partner. So back in 1973 on the New Jersey Turnpike there was a shootout interaction with the New Jersey state police, where one state trooper was killed. And they were charged with that homicide. Brother Zayd Malik Shakur, the third of the three that was in the vehicle, was shot to death, killed by the police. Assata Shakur herself escaped in November 2, 1979, and Sudiata, he’s been in prison now for 42 years. He’s well served the time, even if you look at it as a crime, you know, for that offense. That alleged offense.

So once again, go into Sudiata Acoli’s website, just Google his name. They’ll show you specific ways that you can support him. His lawyers are now trying to establish a parole hearing so he can go and have this opportunity to be free. It’s very important that we talk about support, not just lip service, about freedom fighters, those that have fought for us to be where we are today. We really need to kick it in and support them. So Mutulu Shakur, Mutulu Is Welcome Here. Sudiata Acoli’s website, just Google his name.

There are also some other prisoners, political prisoners, going up this year. Herman Bell is going up this month. He’s a New York political prisoner, part of New York three, a Black Panther Party member, as well as Jalil Abdul Muntaqim and a brother by the name of Robert “Seth” Hayes, who has a lot of medical issues, also. Robert “Seth” Hayes, Jalil Abdul Muntaqim, Herman Bell, all these names, you can access them on the JerichoMovement.com website. Or by their names individually, because these brothers, as with Mutulu and Sudiata, they have their own defense committees.

BALL: Well, Jihad Abdulmumit, we thank you very much again for joining us here at the Real News Network, and for keeping us abreast of all these latest occurrences with political prisoners. We greatly appreciate you taking the time.

ABDULMUMIT: And likewise, brother Jared. Thank you for the opportunity to present the information to our sisters and brothers in the communities. Thank you. Peace.

BALL: And thanks to all of you out there, wherever you are. Again, for all involved, I’m Jared Ball here in Baltimore saying, as Fred Hampton used to say, to you we say peace if you’re willing to fight for it. So peace, everybody, and we’ll catch you in the whirlwind.

Jihad Abdulmumit is a community activist, motivational speaker, author and playwright. He was born in 1954 in Somerspoint, New Jersey. Most of his childhood and teenaged years were spent in Plainfield, New Jersey with his parents and brother. As a youth he became intensely involved in the Black Liberation Movement and Vietnam War protests. He…