Justin Trudeau and Canada's political elite are fighting for the Tar Sands and oil industry's interests, even if it means that Canada misses its climate targets. We speak to Kevin Taft, ex-Liberal Party politician and author of 'Oil's Deep State.'

Justin Trudeau and Canada's political elite are fighting for the Tar Sands and oil industry's interests, even if it means that Canada misses its climate targets. We speak to Kevin Taft, ex-Liberal Party politician and author of 'Oil's Deep State.' 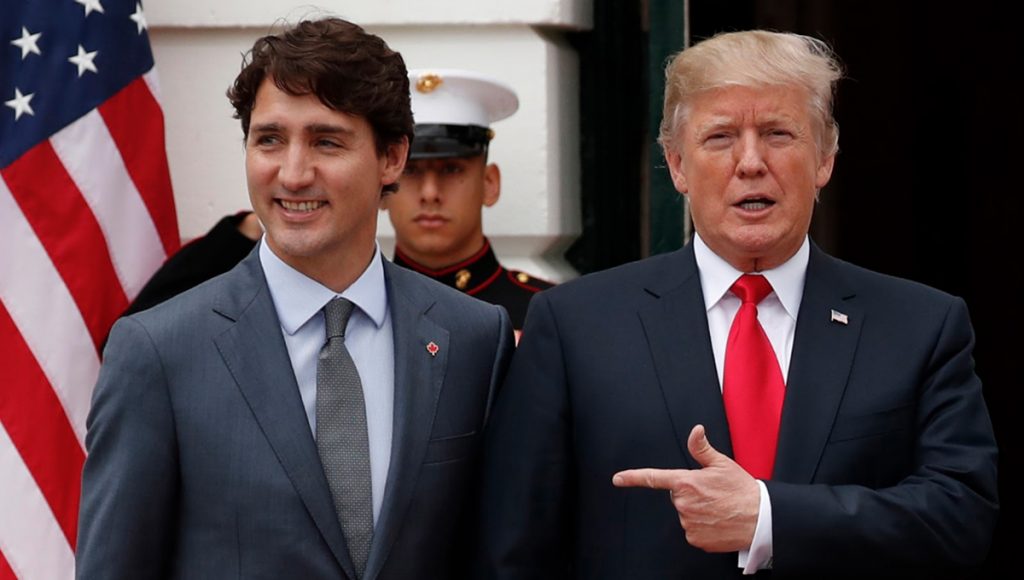 PAUL JAY: Last week the government of the Canadian province of British Columbia announced it was introducing new regulations, which would halt the expansion of a pipeline connecting Alberta’s oil sands to the Pacific Ocean. This immediately triggered a political war between the governments of Alberta, led by premiere Rachel Notley, and Prime Minister Justin Trudeau on one side, and the government of British Columbia on the other. Notley threatened legal action and other economic penalties against BC.

PAUL JAY: While Trudeau promised the pipeline would be built.

JUSTIN TRUDEAU: Moving forward is approving the Kinder Morgan Pipeline, which will be able to get our resources responsibly and safely to new markets across the Pacific.

PAUL JAY: The dominant influence of the oil industry in Canadian Politics as seen in the reactions of Trudeau and Notley, has been likened by some to a state within the state.

KEVIN TAFT: The oil industry, the oil ‘deep state’ in Canada is powerful.

KEVIN TAFT: My argument is that over 25 years or so, the oil industry has worked very hard to gain influence through various means over the federal level, over environment Canada, over natural resources Canada, over the prime minister’s office.

PAUL JAY: Indeed after Trudeau became Prime Minister in 2015, he flew to Europe and announced he would cut Canada’s greenhouse emissions by about 30% by 2030.

JUSTIN TRUDEAU: Canada is back, my good friends. We’re here to help. To build an agreement that will do our children and our grandchildren proud.

PAUL JAY: But since then, Trudeau has pushed for three new pipelines for the oil sands, and critics say he’s taken no steps to curb emissions from the oil and gas sector, which produces more than one quarter of all of Canada’s greenhouse gasses.

ADAM SCOTT: Canada has been trying to deal with the issue of climate change for almost 20 years now, but to this day we don’t have any federal climate policies that directly target the oil and gas industry.

PAUL JAY: Adam Scott is a campaigner with oil change international in Toronto.

ADAM SCOTT: There’s been numerous times when the federal government has said, “Okay, we’re gonna deal with climate change, we’re gonna put modest regulation in place for emissions,” and we’ve seen time and time again where suddenly the government one minute is talking about doing climate policy, and the next minute it’s gone.

PAUL JAY: While the concept of the deep state has been embraced by Donald Trump and the alt right, it’s a term that’s historically been used to describe entrenched corporate, military, or national security power in countries like Turkey, Egypt, and the United States.

KEVIN TAFT: I wanted to give it a little bit of academic structure. So I linked it to the notion of institutional capture, which has a very long history in literature in which agencies of one kind of another set up to serve the public interest, regulators or government departments, or so on, end up serving the private interest instead of the public interest.

PAUL JAY: Taft argues that when governments are captured by corporate interests such as oil companies, elections become more meaningless.

KEVIN TAFT: When that happens, democracy stops being democratic. What you end up with is an appearance of democracy, but really it’s a state within a state.

PAUL JAY: One way the oil industry gets its way, is through its effective lobbying of government, especially by organizations like the Canadian Association of Petroleum Producers.

KEITH STEWART: The oil industry has a lot of clout in this country because they have some of the most influential lobbyists. They meet hundreds of times a year with federal officials.

KEITH STEWART: They have a political influence that is way larger than their actual economic influence. But I think part of what they’ve done, is they’ve convinced government officials and many Canadians that they are a crucial part of the economy, when the reality is they’re a small part.

PAUL JAY: Yet the Canadian Association of Petroleum Producers says they are invited by government to offer their perspective on issues affecting the industry.

PAUL JAY: Still, while the energy industry in Canada produces less than 7% of GDP, and employs only 270,000 Canadians directly, it dominates policy at the federal level, and in particular the provincial governments of Alberta and Saskatchewan.

ADAM SCOTT: This was really visible during the debate around Keystone XL in the US, where the oil industry was spending millions of dollars lobbying and advertising in Washington D.C., and the federal government was as well. They were sending envoys of various departments and diplomats, they were spending government tax-payer dollars on advertising.

PAUL JAY: The result is that since 1997, when it signed the Kyoto Climate Accord, Canada has missed every target to cut emissions. Instead since then, emissions have grown, and remain at more than 700 megatons a year.

ADAM SCOTT: So Canada has actually promised to reduce our emissions at the same time as saying we’re gonna allow the oil and gas industry to grow substantially.

PAUL JAY: In Alberta, with the election of the NDP Rachel Notley government in 2015, the power of the oil industry was witnessed in how quickly the new premiere became a champion of its interests.

PAUL JAY: While Notley introduced a carbon tax, and is phasing out coal, she’s permitting the oil industry to increase emissions by 40% above its current output. And she’s fought for pipelines connecting the oil sands to ocean ports.

ADAM SCOTT: In real terms, Alberta is on track to dramatically increase its emissions in coming years, regardless of the fact that Alberta government has put in a suite of climate policies.

PAUL JAY: The Trudeau government has shown similar deference. It has so far reneged on its promise to cut $1.6 billion in subsidies to oil companies, has championed pipelines to the oil sands, and according to critics, not moved aggressively enough to curb the energy sector’s greenhouse emissions.

ADAM SCOTT: So as it stands today, the Trudeau government is on track to fail a couple of its major policy initiatives because of the power of the oil and gas industry to control this narrative.

PAUL JAY: Today, Kevin Taft says that unless Canada breaks the power and influence of the oil industry, we will be left behind in the race to build an economy based on renewables—and time is running out. Leading climate scientists are saying that passing the threshold of a two-degrees increase in global temperatures by 2050 or sooner is looking more assured than ever.

KEVIN TAFT: Canada has made itself a laggard in the transition to moving away from fossil fuel energy, and we are vulnerable because we’ve hitched ourselves to yesterday’s technology, or to the last century’s technology. And the world is moving very rapidly away from that, as they have to. For our own sake, we have to. We’ve allowed our leaders to become captured by one private interest, and it’s going to hurt us badly.