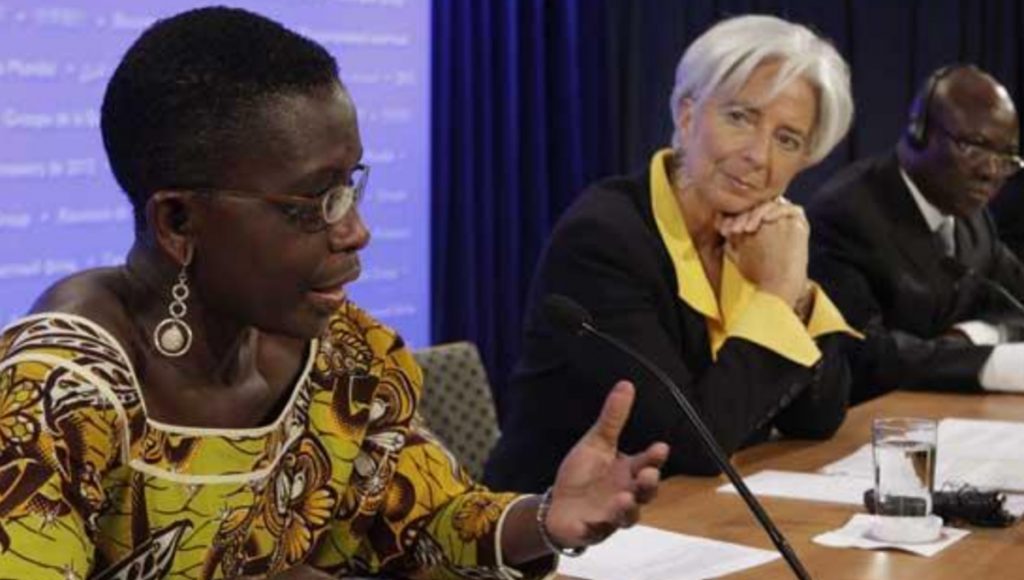 SHARMINI PERIES: It’s The Real News Network. I’m Sharmini Peries coming to you from Baltimore. The International Monetary Fund, the IMF, it imposes hundreds, if not thousands, of structural adjustment plans on developing countries around the world, SAPs as they’re known, imposed when lenders want security that they will be paid back. This allows developing countries to receive bailout loans from say the IMF, only if they accept a series of reforms dictated by the IMF economist. A new paper by the Political Economy Research Institute titled, How Structural Adjustment Programs Impact Bureaucratic Quality in Developing Countries discusses how these programs undermine the ability of governments in developing countries to properly govern. One of the co-authors of the study, Lawrence King, joins us today to discuss the report. Lawrence is a sociologist and a Professor of Economics at the University of Massachusetts Amherst. I thank you so much for joining us today, Lawrence.

LAWRENCE KING: Thank you for having me.

SHARMINI PERIES: So, Lawrence, let’s start off by why you are pursuing this question of how structural adjustment policies affect the bureaucratic decision making?

LAWRENCE KING: Very often poverty in developing countries is blamed on corrupt governments and what we believed was that many of the policies these governments are forced to implement in order to receive loans from the International Monetary Fund or other international financial institutions actually were counterproductive and actually increased corruption.

SHARMINI PERIES: Lawrence, give us some examples of what structural adjustment programs include. Are they the same as austerity say imposed on Greece by the European Commission or the Troika?

LAWRENCE KING: Yes, very much so, part of the Troika is the IMF. These are policies that could cover literally any facet of an economy and they almost always, not always, but almost always seek to privatize assets and to liberalize markets and to reduce inflation. Often, they don’t work, but so some example would be in Georgia in 1996 the IMF asked Georgia to “reduce the number of ministries and committees.” In Bulgaria, they were asked to submit amendments to the labor code to make hiring, firing and working hours more flexible. In Moldova, they were asked to cut 4,000 jobs from the state budget that were paid for by the state budget, etcetera, etcetera, eliminate tariffs, privatize particular industries. These are all examples of structural adjustment programs.

SHARMINI PERIES: Now, I imagine this also interferes with democratic processes within a country. I mean, it’s one thing if a government or ruling party decides to adopt these policies and they go through a process of a, you know, decision making process within the country, but these decisions are actually imposed upon these countries by external forces. So, interfering with the democratic processes of the country. Did you factor that in in your assessment?

SHARMINI PERIES: Now, in this paper, you decided to apply the world systems theory of Immanuel Wallerstein together with Max Weber’s theory of state bureaucracy. Now, this is an unusual mix. Why did you choose to use these theorists to do your analysis?

LAWRENCE KING: It is and I’m not so sure that that theory itself is 100% correct but what we found useful from it is the idea that the institutions that govern the global economy were created by the rich countries and they’re probably going to benefit the rich countries as opposed to poor countries. In fact, John Maynard Keynes, who was the initial architect of the IMF argued that there should be no conditionalities because he didn’t believe the rich countries would be able to resist the temptation of their corporations to make these conditions that benefit the rich countries at the expense of the poor countries. So, Wallerstein was important. Weber was important because Weber’s the theorist of bureaucracy and his argument was that in order for society to function properly, for a democracy to function properly or even a market economy to function properly, you needed a strong bureaucracy. You needed well trained, well educated, well paid and secure officers of government bureaucracies for things to run well. Because we were interested in corruption, we thought these two theories can be combined.

SHARMINI PERIES: All right, Lawrence, give us some examples of how the IMF interferes with policymaking at the bureaucratic level. Gives us some examples of countries as well as some of the policies that have been implemented that has had detrimental effects on the countries.

LAWRENCE KING: Okay, so I’ll give you some examples from Western Africa, the countries that have had a Ebola outbreak. So, the IMF had some structural conditions that included caps on the percentage of the budget that can be used for state employees. This means that countries like Sierra Leone had to cut the medical staff in the country’s hospitals, for example, and in the Ministry of Health because they weren’t allowed to spend money on government employees, so they wanted them to reduce the government. They also required them to decentralize decision making. So, when the Ebola outbreak hit, it was very hard to have a coordinated effort. They required them to cut government expenditures for controlling infectious disease, for example. All these things to save money to prioritize paying debt, paying back debt. So, these all kind of combined to have a very weak response to the Ebola crisis. These are the kind of policies, ways in which IMF policies can weaken state bureaucracies.

SHARMINI PERIES: And is this the kind of policy that you call a paradox in your paper?

LAWRENCE KING: Well, the paradox is that in our paper we talk about that the IMF, one of the stated goals of the IMF is to reduce corruption but the paradox is that these policies and especially privatization policies, end up increasing corruption. This happens through various mechanisms. Some of them are the mechanisms I just described. That is, it weakens the government bureaucracies by denying them personnel, by limiting the amount of money they can spend on the government bureaucracies, so that’s one mechanism. Other mechanisms are privatization often creates concentrated losers. So, a state enterprise that’s going to be privatized is going to harm a particular, some people more than others and certain elites that were benefiting from the operation of that state enterprise. If they’re denied one way to benefit, they’ll seek other ways. They’ll seek to make up for their losses by increasing pressure on bureaucrats to give them other advantages, so increasing kind of the demand for corruption.

SHARMINI PERIES: All right. Now, the World Bank and the IMF rarely use the word government in their reports. They talk about governance instead. Where does state bureaucracy stand between government and governance?

Bureaucracy, according to Weber, in order to have well functioning, like I said, democracy or well functioning markets, you actually need a strong bureaucracy. You need the rule of law, you need regulation of markets in order for them to function properly. In the view of the IMF and the World Bank, they kind of see a zero sum relationship between the market and between the state, whereas with Weber, so, they say that in order to have a well functioning market economy, you have to eliminate the role of the state and make it smaller and smaller.

What Weber says is actually the opposite. In order to have a well functioning market economy, you need a well functioning state with well trained, well compensated and secure state officials. The use of the term good governance allows the IMF to conflate corruption with the absence of free market policies when our paper provides evidence that it’s the opposite. Actually, free market policies empirically seem to worsen corruption to the extent we can measure these things.

SHARMINI PERIES: Lawrence, you’re implying here that the rules of the structural judgment policies desired are required by the IMF actually had an opposite effect. Why was that?

LAWRENCE KING: Well, it had an opposite effect of their stated purpose. I think because the reason it is, this comes back to this relationship between states and markets. The IMF has this theory that the more state you have means the less market you have. So of course, if you want to have, if that’s your theory, if you want to have a thriving market economy, you need to eliminate the state. The Weberian perspective is that in order to have well functioning markets you need strong, well functioning states that isn’t, they’re not zero sum, they actually go together. So, if that’s your theory, then weakening the state is going to have the inevitable consequence of having a less well functioning market and increasing corruption.

SHARMINI PERIES: All right, Lawrence. That is very interesting and for those who want to read the paper, we will put a link to it just below the player. And I thank you so much for joining us today and trying to explain some of your findings here in plain language. Thank you.

LAWRENCE KING: My pleasure. Thank you very much.

Lawrence King is a Professor of Economics at the Political Economy Research Institute (PERI) at UMass Amhest as of September 1, 2017. For the past 11 years he has been Professor of Political Economy at the University of Cambridge, England, where he has published widely on drug development, pricing and reimbursement as well as other…