Canadian singer-songwriter Bruce Cockburn speaks with host Paul Jay about his memoir Rumors of Glory, and how growing up in Cold War-era Canada affected his understanding of community

Canadian singer-songwriter Bruce Cockburn speaks with host Paul Jay about his memoir Rumors of Glory, and how growing up in Cold War-era Canada affected his understanding of community 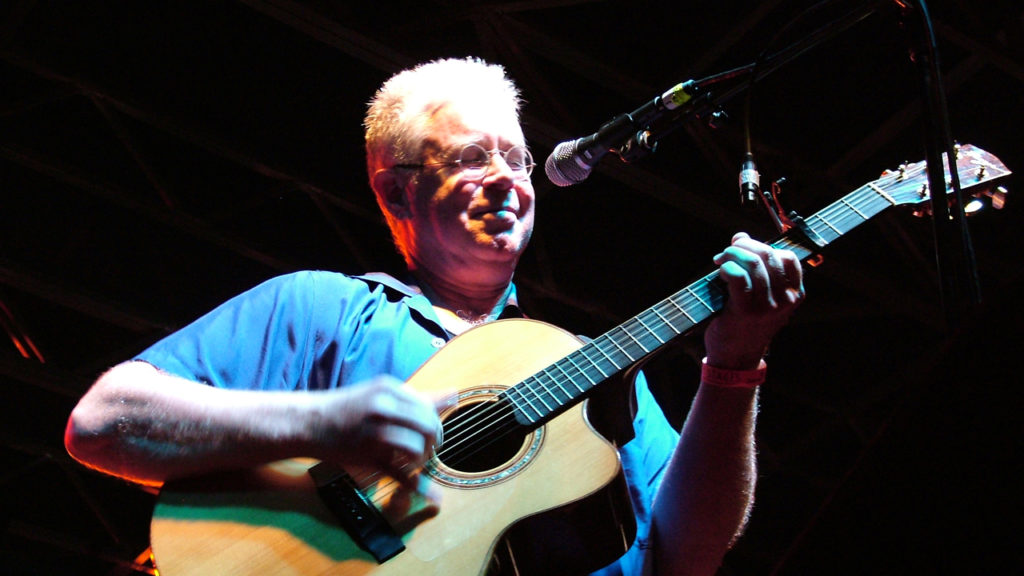 [Clip of If I Had a Rocket Launcher – Bruce Cockburn]

PAUL JAY: Welcome to Reality Asserts Itself on The Real News Network. I’m Paul Jay. That was Bruce Cockburn singing If I Had a Rocket Launcher. Bruce is a prolific Canadian singer-songwriter and a guitarist. His lyrics addressed a broad range of topics, including human rights, environmental issues, and politics. Over the course of his 40-year career, Cockburn has written more than 300 songs on 33 albums, 22 of which received a Canadian gold or platinum certification. In 2014, Cockburn released his memoirs, Rumors of Glory. He broke through in the United States and around the world with his 1984 song If I Had a Rocket Launcher, which he wrote after visiting a Guatemalan refugee camp in southern Mexico.

Bruce Cockburn now joins us here in San Francisco. Thanks for making time for us.

BRUCE COCKBURN: Glad to be able to do it. And thanks for going all this way to make time for me.

PAUL JAY: So as people who watch Reality Asserts Itself know, we usually start very biographically off the top, and then kind of get into more of what guests think about the issues. But your story has been this weave of music and religion and politics. And I want to unfold that conversation.

But it starts with growing up mostly in Ottawa and Canada during Cold War years.

PAUL JAY: Talk a little bit about the atmosphere around you as you’re growing up in the midst of the Canadian version of the Cold War.

BRUCE COCKBURN: Yeah, it’s interesting, because usually when we talk about the Cold War years, we don’t say that. We say “baby boomers,” or we say some some other phrase that indicates the post-war period.

But really, you know, I mean, after about 1950 when I kind of was old enough to become aware of my surroundings, it really was a Cold War atmosphere. And one of the … standout memories I have from that time–and, of course, when this took place I had no idea, you know, what would follow it–but I had a teacher in maybe third grade, something like that. I forget if it was second, third, or fourth, or what. But right in that period, a teacher named Ms. Beachum who was a friend of my great aunt’s, who also was a retired school teacher. And they were kind of hardy, Christian folk. But Ms. Beachum was terrifying. She was a real disciplinarian and just–I was in fear of her every day.

But every morning we had a show and tell, a kind of current events thing, and you had to bring in a newspaper clipping and talk about it. And somebody brought in a clipping about student radicals in Turkey demonstrating. Rioting. So Ms. Beachum says to us all: “What’s a radical?” No one knew. We knew what students were but, you know. Well, a radical is someone who really has a vision of how things should be, and wants to see the world changed in that direction. I’m paraphrasing, but that’s basically what she said.

And she said, “I hope you all grow up to be radicals,” to our little public school class.

[Clip of If I Had a Rocket Launcher – Bruce Cockburn]

BRUCE COCKBURN: What I got at home was was pretty apolitical. My parents voted liberal by reflex, because their families always had. And because I think they thought that was the right thing, also. I mean, it wasn’t completely unthinking. But you know, we generally approved of liberal things and not so much of conservative things. But, that said, socially speaking, it was a pretty conservative atmosphere. No one talked about sex at the table, or any other time, for that matter, for instance. But you know, and we went to church, kind of.

My dad said later I … At one point I remember saying in public that we went to church because it was sort of the conventional thing to do, and it was the ‘50s, and people would think ill of us if we didn’t, the neighbors and so on. But my dad said, no, that that wasn’t the reason that we went to church. He and my mom were actually trying to be good Christians for a while, and then it kind of fell away, was how we put it.

PAUL JAY: You write in the book, “Ours was a secular household in spite of the exposure we all had to the surface ideals and imagery of Christianity. There was a need to observe the social norms to keep people from calling you a communist.”

BRUCE COCKBURN: Well, there was that. Although, like I said, I may have been mistaken in attributing our going to church to that cause. There’s no question it was a fact. And, I mean, my dad didn’t as far as I know sit around worrying about anybody calling him a communist, because he was so far from being one. But he was also very disinclined to be judgmental of people. Outwardly, at least. I mean, he had his issues. But you know, people were allowed to be who they were.

I remember one time we went one summer, he had met an archaeologist on the, on the train somewhere. And I was interested in archaeology. I was a little kid at this point, and my brothers were tiny. But we all went to Manitoulin Island, which is kind of on the U.S.-Canadian border in western- the western part of Ontario. There was- where there was an archaeological dig looking at the Native history of living there, the Aboriginal history. And there’s a Native community that’s still there that at the time was very noticeable. And I remember driving through this and thinking–I was being judgmental. I’m thinking like, look at these houses, these … Here’s people living in shacks, but they’ve got Cadillacs out front, they’ve got TV antennas on top, but they’re living in these horrible houses. And I said something like that to my dad and he said: “You you can’t judge people for trying to make their lives feel a little better. You know, they’re stuck with what they’re stuck with, but they’re, you know, they’re doing their best to get through their lives and be happy.”

I said, “OK.” And that stuff, that piece of advice made–made its mark.

So as a sort of description of my dad, he was basically a socially conservative, politically liberal person. And I think the difference is there–I think what, what I take from that now, looking back, is that version of liberalism versus that version, the version that we could see of conservatism was really representative of a less selfish worldview. It was the idea that what happens to your fellows actually matters. It’s not just about you. The conservative point of view was why should I pay for somebody else’s whatever? Why should I do this, why should I do that? It’s all–because it doesn’t benefit me in any way. And this is a sweeping generalization, and we know that there are conservatives who are people of conscience and people of compassion. But the public statements that were made around these things tended to lean one way or the other. And Canada has always been a pretty liberal place, even if it had a conservative government, comparatively speaking, in the world. It’s always been a place where the … where a sense of community prevailed. Even though the community would be defined in different terms from era to era, or from government to government. There was still that sense. That’s threatened in the whole modern world by various elements, but in contrast, the United States, where I think that sense of community has–it comes and goes. It’s not always here. Right now it’s not.

[Clip of Bruce Cockburn – Together Alone]

PAUL JAY: Please join us for Part 2 of our series of interviews with Bruce Cockburn on Reality Asserts Itself on The Real News Network.