Bruce Cockburn and Paul Jay discuss the existential threat of climate change, and how the song False River was written in protest of pipeline development in Canada.

Bruce Cockburn and Paul Jay discuss the existential threat of climate change, and how the song False River was written in protest of pipeline development in Canada. 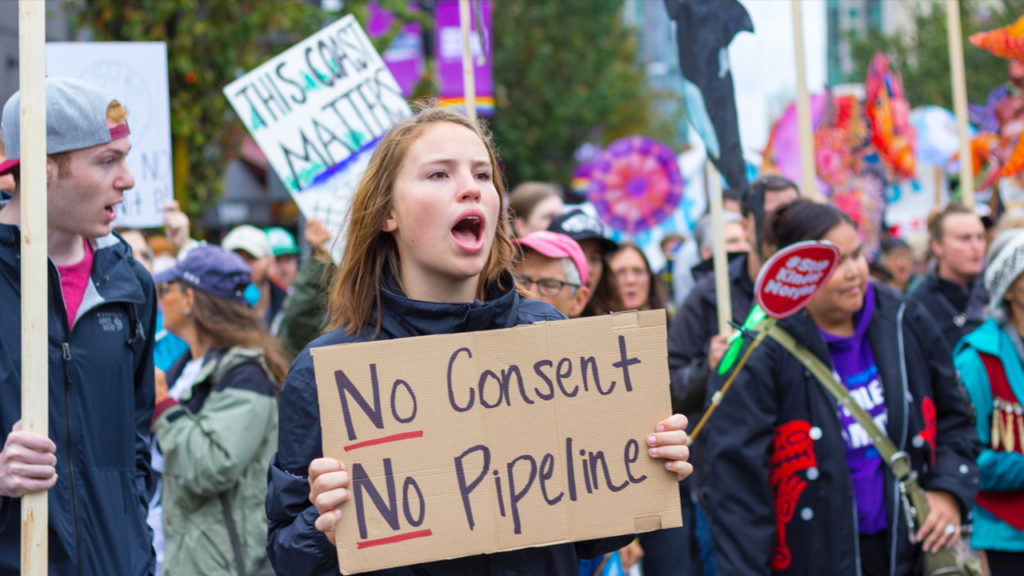 PAUL JAY: Welcome back to Reality Asserts Itself. I’m Paul Jay. And joining us again is Bruce Cockburn. Thanks for joining us.

BRUCE COCKBURN: Well, this is–this is the thing. And I mean, the topic comes up. But it comes up in the context of is there climate change? And if there is, is it a Chinese conspiracy? Or is there no climate change, and it’s some other kind of conspiracy? Because there’s always a conspiracy in this conversation somewhere, right?

BRUCE COCKBURN: And it’s it’s so off the mark. It’s like, yes, climate change is happening, whether it is due to human agency or not. It’s happening. That’s incontestable, it seems to me. And whether it’s due to human change or not, human behavior has an effect on it. Whether we caused it or–doesn’t matter. I think we did.

PAUL JAY: And almost every climate scientist in the world thinks so.

BRUCE COCKBURN: And I believe the thousands of scientists who also say that. But you know, even if you don’t accept that, the change is happening. That’s measurable. It’s all over the place. And if there’s something we can do to mitigate that change that will give us a bit of an edge in terms of figuring out how to deal with it, let’s do it. It’s a no-brainer. If carbon emissions have anything whatever to do with it, even the tiny amount, fix it. Don’t leave it. I mean, how much brain does it take to figure that out? But here’s people going, oh, carbon this–and you know, the people whose income is jeopardized by controlling carbon emissions, of course, are going to tell you that it’s not them. I didn’t do it. I’m not doing it. It’s these other guys doing this other thing.

But–and there’s always the finger pointing. But really what it comes down to is there’s a whole–it’s a broad picture. The world is, as we have known it, is changing. And if we want to stay on top of that and don’t want to become victims of it, we better get our act together faster than we have shown any inclination of doing so far.

I get asked sometimes, you know, well, what’s the issue you’re interested in right now? I mean, Central America was in the ’80s, and blah blah … There’s only one issue, and it comes up in two ways. The issue is our relationship to the planet, and our relationship to each other. Those are the issue.

Both of those relationships are heavily affected by greed, by self-interest that comes out in the form of greed, or by fear in the form of, you know, my livelihood might be jeopardized if I agree that there’s climate change, or something. I mean all of these things come into it. But really there’s only those–that is the issue. It’s just who are we, and how do we relate to the systems that give us life?

And they do give us life. And if we take them–if those systems go down, we will not have life. It’s that simple.

PAUL JAY: Tell us the story of False River.

BRUCE COCKBURN: I got asked by a woman named Yvonne Blomer, who is the poet laureate of the city of Victoria in British Columbia, to contribute something to a collection of poetry that she was putting together in protest of the Trans Mountain pipeline thing that’s going on. And I thought, well, yeah, I’ll try something. So I wrote what was supposed to be just a piece for the page. I kind of imagined it as being kind of rap-like, and I just wrote a bunch of stuff about oil. And about oil and water. Basically oil and seawater.

The issue with–it isn’t just a pipeline. The issue is all the tankers that will be going in to offload that oil, or to load that oil to ship it elsewhere. So all these tankers are going to be traveling in waters that have not been subjected to that much of that kind of traffic, and wildlife will be threatened, human life is threatened, or at least the quality of human life is threatened big time. So I wrote a bunch of words about this, and then I thought, you know, this should be a song. This is not, like, I don’t want to just leave it as a contribution to Yvonne Blomer’s book. It did end up being that, as well. But I ended up kind of creating a chorus, or at least a repetitive part of it, and putting some music to it, and we recorded it.

PAUL JAY: Please join us for the continuation of our series of interviews with Bruce Cockburn on Reality Asserts Itself on The Real News Network.