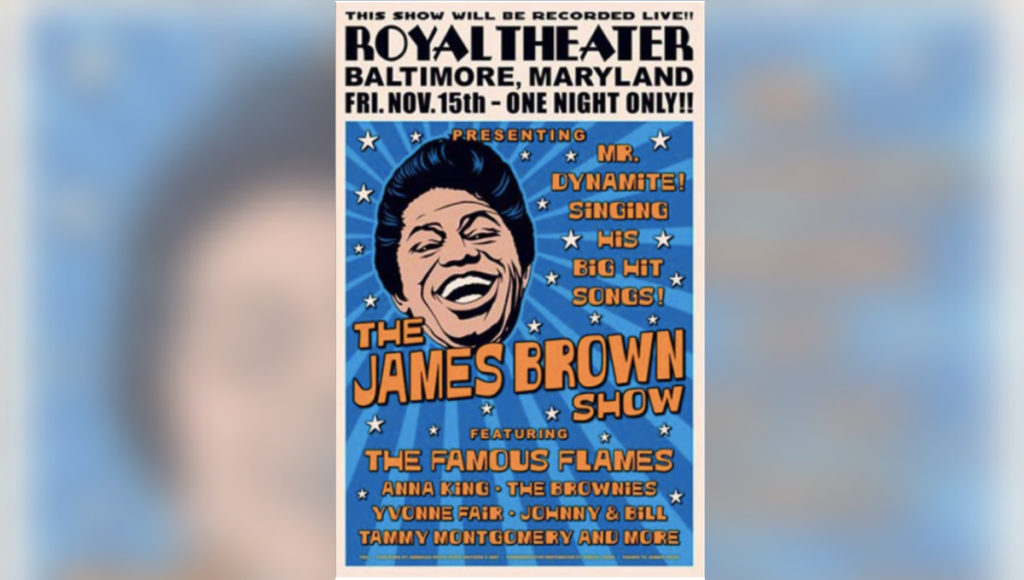 EZE JACKSON: On Monday, artists had to be evacuated from their studios in Baltimore after a pipe burst in what’s called the Post Office Garage. Artists were initially given notice Monday morning that they had until 5PM to remove their belongings before the building was shut down. They were later granted two additional days.

In December of 2016, The Ghost Ship, an artist warehouse space in Oakland, California burned down, claiming the lives of 36 people. The tragic fire sparked concern across the nation about affordable housing for artists. In Baltimore, then mayor, Stephanie Rawlings-Blake called for the immediate evacuation of The Bell Foundry, a local live/work space for artists. The evacuation left The Bell Foundry’s residents without a place to go. They said they were only given just minutes to remove their belongings before the building would be closed for good.

SPEAKER: When the fire Marshall came, saying that he got, well, he said two things. He said that the mayor sent him, and he also said that he got a complaint talking about someone said that this place was unsafe.

EZE JACKSON: The Bell Foundry set in Baltimore’s Station North Arts District, and was praised as a safe space where LGBTQ artists and artists of color, in particular, were able to hone their crafts. It’s closing fueled an existing conversation about affordable housing for struggling artists. Mayor Catherine Pugh issued an executive order on April 4th 2017 to quote, “Avoid displacement of artists.” The mayors Taskforce on Safe Art Space was chaired by a banker, and a lawyer, and included a wide range of professionals, fire Marshalls, developers, and of course, artists. The task force was expected to give its recommendations to the mayor in June of 2017, but instead didn’t give them until December. At the taskforce City Hall press conference, the mayor expressed her interest in welcoming emerging artists and making sure there’s affordable housing available.

CATHERINE PUGH: There’s also an intrinsic value in these spaces, which offer resources that establish, help emerging artists. We want more emerging artists in Baltimore. We want the art community to feel more than welcome to be a part of our city, and I’m really excited about just my preliminary look at the report.

EZE JACKSON: I spoke to co-chair Franklin McNeil Jr., a banker who is also on the board of directors for the Baltimore Office of Promotions of Arts. We asked him, “What’s some of the challenges when coming into creating the taskforce?”

EZE JACKSON: I also asked Lady Brion, a spoken word artist and national slam champion who sat on the taskforce is she felt like her input was taken seriously.

LADY BRION: I wasn’t on any of the committees. I tried, but I really was sort of input during the more public meetings when all the committees came back together. One thing that I’m really excited about though is my recommendation was to make the Penn North corridor a Historically Black Arts District, and as you can see that was one of the things that was added. So, I’m excited about that.

EZE JACKSON: There are three areas in the city recognized as arts and entertainment districts. Station North, Bromo and Highlandtown. All three are predominantly white run. Highlandtown for example, boasts on its website of being located in one of the most culturally diverse areas of the city, but they have never spotlighted any Black artists on the website. While Station North does give a platform to Black artists and artists of color, many of the art spaces are white owned and operated. Many locals talk of two Baltimores and artists are no exception.

LADY BRION: Even if we do all this work with the afe artist taskforce, how is that going to trickle down to Black folks in Baltimore who don’t really feel like they can trust city agencies, or that they get any funding from these big sort of organizations like BOPA, and etc. that are supposed to support the Black arts community. With all of those conversations I said, “Well, one example is that you have all of these arts districts but the only real arts district that I’ve ever known in Baltimore is not recognized as one.” Then we had this conversation about Pennsylvania Avenue, that corridor, and how they don’t know if that will be more symbolic or if it will really bring revenue to that district, and I’m like, “Well, we would never know if we’ve never tried it.”

EZE JACKSON: The Penn North corridor Brion is referring to is on the west side of Baltimore intersecting Pennsylvania and North Avenues, just two miles west of Station North. It was the center of the 2015 uprising following the death of Freddie Gray who was killed while in police custody. But Pennsylvania Avenue was once a hub for Black entertainment. It was a popular destination for touring performers. Sphinx Theater,and Royal Theater, along with countless Jazz clubs and restaurants were once homes for both national and local talent. Today, Pennsylvania Avenue looks like a shell of it’s once thriving arts and entertainment district. Having fallen on hard times after decades of neglect, drug traffic and violence. In the 34 page taskforce report, a section titled, Arts and Entertainment District Enhancement, suggests that once funding is secured for the quote, “existing arts and entertainment districts,” the city should consider creating new districts such as the Pennsylvania Avenue corridor.

They go on to say that the city could benefit from having an arts and entertainment district in a historically Black community. It’s an idea for now that many are hoping the mayor agrees to go forward with. The state of Maryland essentially determines which areas are designated as arts and entertainment districts. At the time of the taskforce press conference, the mayor had not yet read the recommendations. For The Real News Network with Will Arenas in Baltimore, I’m Eze Jackson.