"Not in our backyard!" - Residents of Abingdon, Maryland, demand an end to the deforestation plan and protest in front of Harford County Government Administration Offices.

"Not in our backyard!" - Residents of Abingdon, Maryland, demand an end to the deforestation plan and protest in front of Harford County Government Administration Offices. 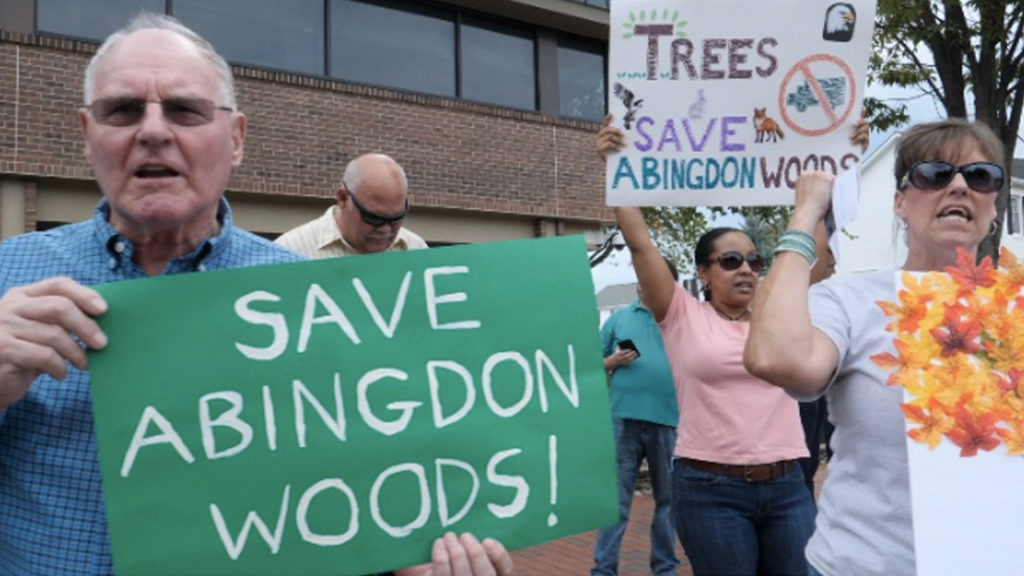 I’m here in Hartford County at the site of a protest in front of the County Government in an effort to save a woods that’s being threatened to be cleared out and turned into a warehouse, and turned into parking spaces, and will end up with a highway through it for multinational corporations to be able to sell cheap goods.

ARAVINDA PILLALAMARRI: What should we do with Abingdon Business Park?

ARAVINDA PILLALAMARRI: What should we do with Abingdon Business Park?

RAYMOND STEELEY: We’re here to protest the wetlands being taken over by warehouses and the additional road hazard that these buildings are going to create on Abingdon Road.

GINA TILLARY: They are planning development from Route 24 all the way up to Abingdon Road, and it’s, again, about 300 acres of land.

TRACEY WAITE: We needed to come right here in front of this building and show them how many people are opposed to the destruction of Abingdon Woods.

ARAVINDA PILLALAMARRI: This is a climate emergency. We need every patch of green space that is sequestering carbon, that is providing a habitat to so many creatures.

TRACEY WAITE: It is not the role of government to put the needs of a developer above the needs of the citizens. People over profits.

GINA TILLARY: I’m a citizen of Abingdon, Maryland in Hartford County, and we have a beautiful area of wetlands and natural forests.

EDDIE CONWAY: So I understand that the neighborhood goes completely around this area, and the woods is right in the center, and so it’s like creating a donut hole in your community once they take away nature.

GINA TILLARY: That’s right. Exactly right. And if they’re cutting down trees, my property backs to beautiful natural forest, and all I can see is these trees coming down unnecessarily. It just doesn’t make sense to me.

RAYMOND STEELEY: Plus the additional traffic that they’re going to have on the road. It’s a dangerous intersection at Route 7 and Abingdon Road. You’ll see a guardrail that’s about 40-feet long, that every couple months they have to replace because of the trucks going around the corner, knocking it down.

LARRY MCHOUL: One of the exits will be on Abingdon Road, several hundred feet from my house. I don’t need to hear those trucks roaring out of there causing noise pollution day and night. Yes. And that, and the lights, the noise that is going to come even when the trucks aren’t moving. There is going to be a lot of noise in that area.

ARAVINDA PILLALAMARRI: What is the purpose for which we are calling the woods to sacrifice? It’s to build warehouses? That makes absolutely no sense. The kind of use and throw lifestyle. First of all, we already have a lot of empty warehouses. Why are we not trying to rebuild or repurpose those warehouses? You don’t just build something and when it’s no longer useful, build another one. I mean that’s exactly the culture these warehouses are going to promote with, you know, cheap goods, e-commerce, very poor-paying jobs that we’ve heard about in other warehouses that support e-commerce along the lines of Amazon, and so forth.

LARRY MCHOUL: I don’t want to say those words are destroyed. I live 200 feet from those woods.

GINA TILLARY: Everybody lives in this area. And that’s one of the things that really attracted me to this area, is the diversity. The other thing was the natural beauty of this area. The trees, and the forest and the critters, the birds— everywhere. You can just see nature everywhere. The deer, yes. Foxes. I have little forest creatures living in my yard. I love that. And there’s enough of the natural beauty of the world being destroyed today, and now they want to do it in my own backyard, and I just – I can’t have it without protest. It’s just unacceptable.

EDDIE CONWAY: And I understand y’all didn’t find out about this until recently, six months or a little more. Why is that, that the County didn’t let y’all know that they had this stuff in plan?

RAYMOND STEELEY: The County put up a sign this big back in the woods, telling us when the meeting and date was going to be. I think the County should contact the neighborhoods within a certain mile radius and notify everyone that they’re having these meetings. To stick a sign up back in the woods where people can hardly see it— You know, you don’t get a lot of people stopping on Abingdon Road looking for a sign in the woods.

EDDIE CONWAY: So you’re saying they didn’t do due diligence really because they should have had a better obligation to the community. They should have actually got in touch with you so that you could inform the association, right?

RAYMOND STEELEY: Yes. At least they could do that. Get a hold of associations that they’re going to impact, you know?

TRACEY WAITE: All of the permitting that’s involved with this development project, we want to look at the wetlands permit and the forest conservation plan and the traffic plan and just make sure everything is kosher. You know, that everything is done according to the law, and that the County isn’t somehow greasing the wheels to get this thing through by granting too many exemptions, and things like that. So we’re working on the whole permitting process.

EDDIE CONWAY: So what’s your next move, though? I mean, you’re here, you’re trying to bring this to the attention of your government. What’s to happen after this?

RAYMOND STEELEY: Oh, we’re going to contact everyone we can— the state highway association, the corps of engineers— to try to stop this. There’s so much wetland back there and animals. You see all kinds of wildlife back there. They’re just going to wipe it out.

TRACEY WAITE: The really exciting part of this is that the only thing that has been approved so far is called the Forest Stand Delineation, and that’s a count of trees essentially. The Chesapeake Bay Foundation was very concerned that the developer had requested waivers to cut down 58 of the 85 trees that are supposed to be protected. And so, the Chesapeake Bay Foundation advised us to write a letter to the County and request they redo the Forest Stand Delineation. And that’s what we’ve done.

EDDIE CONWAY: So how did you get all of these people out here? This is good.

TRACEY WAITE: Well, it’s just networking. We have been doing word of mouth, one neighbor inviting another neighbor, and we’ve been working together as a coalition. And so we’ve pulled together every group that we could think of that might be interested in protecting this forest, and we’ve gotten a lot of different groups together, like the Sierra Club, and the Chesapeake Bay Foundation, and Friends of Hartford has been involved, and Together We Will-Upper Chesapeake, and Hartford County Climate Action, and all of the neighborhood associations. Each and every homeowners association surrounding this woods, has gotten on board. 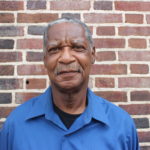 US and Brazil Propose to Fight Amazon Deforestation with Development

‘We believe that organizing is a key tool in obtaining justice for our students.’