Iranian Ambassador: It’s Not in Iran’s Interest to Build a Nuclear Bomb

Seyed Hossein Mousavian: IAEA has a political agenda that goes beyond its mandate to inspect

Seyed Hossein Mousavian: IAEA has a political agenda that goes beyond its mandate to inspect 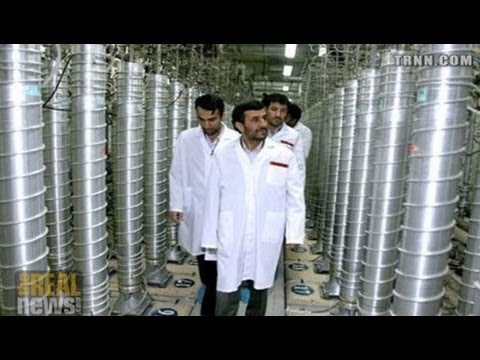 Ambassador Hossein Mousavian is a scholar at Princeton’s Woodrow Wilson School and a former spokesman for Iran’s nuclear negotiators. His latest book is The Iranian Nuclear Crisis: A Memoir, published by Carnegie Endowment for International Peace. Thanks for joining us, Mr. Ambassador.

JAY: You wrote a piece recently, ten reasons why Iran does not want a nuclear weapon. Give us your basic thesis here.

MOUSAVIAN: First of all, it’s for more than a decade how the IAEA has had more than 4,000 inspections, mandate inspections in Iran. Frequently they have confirmed there is no evidence of any diversion in Iranian nuclear program toward weaponization. Of course, the IAEA has ambiguities. They are asking Iran for more cooperation. But out of ten years of [incompr.] regional inspections they have had, they have confirmed not once, more than 40 times there is no evidence of any diversion.

JAY: But, Mr. Ambassador, the IAEA says there’s installations, places that they want to inspect that Iran has not allowed inspection. And since ElBaradei left as head of the IAEA, there’s been a sort of increasing amount of, you could say, suspicion against the Iranian program from the IAEA, based on this idea that they’re not getting to see everything. Hans Blix, who was the IAEA inspector in Iraq, about a year and a half, two years ago, did an interview where he said he didn’t believe Iran was building a nuclear bomb. And we know from Blix that he stood up to a lot of American pressure in Iraq and didn’t go along with the idea that there were weapons of mass destruction. But he said that he didn’t understand why Iran didn’t just let the IAEA inspect everything. So that’s my question: why doesn’t Iran let the IAEA go anywhere they want to go?

MOUSAVIAN: Look, Paul, Iran is prepared. For the moment, Iran is a member of a safeguard agreement with the IAEA. Within the safeguard agreement, Iran is in full compliance. The inspections, the accesses the IAEA today requires Iran is beyond the safeguard agreement. They are asking Iran practically to implement additional protocol. Additional protocol is a separate protocol, which about 70 countries today, they have not been ready to sign and ratify and they do not implement. Therefore this is a voluntary issue each country should decide. Many countries, they have not been ready yet.

Iran is prepared. Iran has never denied it. But Iran is saying, what would be the P5+1â€”five world powers plus Germanyâ€”would respond in reciprocation, in return, what they would give Iran.

What Iran is requiring the P5+1: to recognize the legitimize rights of Iran under NPT like any other member, and second, to be prepared to leave the sanctions. This is the two major requirements of Iran. And on the side of P5+1 and the IAEA and United Nations Security Council resolutionsâ€”.

JAY: So, Mr. Ambassador, why not implement the additional protocol?

MOUSAVIAN: Because it should come within a package, Paul, that Iran should be assured that if they implement additional protocol, if they give access to the IAEA beyond additional protocol, then the P5+1, the world powers also would recognize the rights of Iran under NPT. And also they wouldâ€”.

JAY: So, in other words, the right to enrich for peaceful purposes.

MOUSAVIAN: Yes, like any other members of NPT. Europeans, they are enriching. Japan is enriching. Brazil is enriching. Argentina is enriching. The other members, also they are enriching. And also to be prepared to lift the sanctions. IAEA has no authority for the political reciprocations. That’s why the recent visits and the previous visits of the IAEA to Tehran have failed, because when they ask Iran to implement additional protocol, when they ask Iran to give access beyond additional protocol, Iran tells them, yes, okay, we are ready. Then what in return? They are responding [to] Iran, we have no authority.

JAY: So what are the additional protocols, and why wouldn’t Iran go along with them just to get rid of this clout over the program?

JAY: And is this because under the additional protocols Iran is concerned the IAEA may inspect conventional military preparations that might compromise Iran’s defenses?

MOUSAVIAN: It is not only concerned. Iran is already confident that the IAEA mandate is not just to be sure about the nature of the Iranian program, peaceful nature of the Iranian program. Iranâ€”from Iranian point of view, the IAEA has another mandate, to investigate, to get information about the military capability of Iran, even on the conventional side. Iranians, they believe the assassination of Iranian nuclear scientists, as happened during last three, four yearsâ€”five nuclear scientists have been assassinated in Tehranâ€”they believe the information has been linked to IAEA, to the intelligence services. That’s why they allâ€”they believe the IAEA is first a political instrument, second is an instrument for spying. This is a big, big mistrust between Iran and the IAEA, unfortunately.

This should come in one package, Paul, step by step. I just mentioned you the main elements, the main outlines of the package, but it is for the negotiators of both parties. They sit together to put these elements in one package. In each step, the other party reciprocateâ€”proportionate reciprocation by each party.

They should define all this in one package, step by step, with appropriate reciprocations.

But [snip] Congress is resisting President Obama to recognize the legitimate rights of Iran under NPT. Many congressmen, they have written letter to President Obama that he should not recognize the rights of Iran under NPT. This is a clear violation of international laws, but they are putting pressure. Second, sanctions are ratified by Congress, and president does not have authority and power to lift the sanctions. Here is the problem within the United States.

JAY: Well, the other argument that’s being made by President Obama, the Israeli government, and seems to be supported by Russia and China, because they’re agreeing with the sanctions against Iran, is that Iran is trying to get at what you described earlier as a breakout capacity, that is, to get to the point, in terms of technology and enrichment, that it wouldn’t take very long to get to a weapon. And people I’ve talked to, you get a figure anywhere from a few weeks to a year, as I say, depending who you talk to. But that’sâ€”but is that what’s going on? Is Iran trying to get to, quote, breakout capability?

MOUSAVIAN: Paul, I sincerely believe these are baseless accusations. Here is my reason, Paul. In 2010, early 2010, first the Iranian head of Atomic Energy Organization, which today is the foreign minister, publicly declared that if the P5+1 provide a few roads for Tehran research reactor, Iran would not go beyond 5 percent enrichment.

Unfortunately, it was the U.S., the Europeans whichâ€”they decline to respond positively, first. Second, you remember, Paul, in September 2011 when Ahmadinejad was in New York, the foreign minister, Salehi, and the president, Ahmadinejad, both, they publicly announced that now we have 20 percent; if the P5+1 provides Iran the fuel rod for Tehran research reactor, we would stop 20 percent and we would not need fuel rods. In order to build the fuel rods, you have to enrich to 20 percent. You have to.

Then, unfortunately, the second offer also was rejected by the U.S. and the Europeans. Iran said, told them, we are ready to stop 20 percent. We just need fuel rods for Tehran research reactor, which is a nuclear facility producing isotopes for about 1 million patients struggling with cancer. This is completely a medical nuclear site, nothing else. If Iran was after nuclear bomb, Paul, Iran would have never proposed itself to the P5+1 that we are ready to be committed forever to enrich below 5 percent.

Ambassador Seyed Hossein Mousavian is a research scholar at Princetonâ€™s Woodrow Wilson School and a former spokesman for Iranâ€™s nuclear negotiators. His latest book is The Iranian Nuclear Crisis: A Memoir, published by Carnegie Endowment for International Peace.