23 Things They Don’t Tell You About Capitalism Pt.4

Ha-Joon Chang: We do not live in a post-industrial age

Ha-Joon Chang: We do not live in a post-industrial age 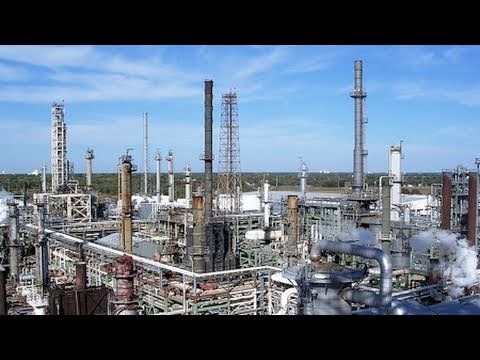 PAUL JAY: Welcome to The Real News Network. I’m Paul Jay in Washington. We’re continuing our series of interviews on 23 Things They Don’t Tell You About Capitalism. Joining us again now is Ha-Joon Chang. He teaches at Cambridge, economics, and he’s the author of this book. And we’ll just get right back into it. Thing #6: Greater macroeconomic stability has not made the world economy more stable. So the argument is, if we control inflation, we control the world economy, and everything will just be prosperous.

HA-JOON CHANG, ECONOMIST, UNIV. OF CAMBRIDGE: Yes. I mean, the, I mean, starting point is a very commonsensical argument saying that you need stability if you want to make sure that people invest, because investment brings return in the long term. So if there is a lot of instability in the economy, people don’t want to invest. Now, I mean, that may be quite commonsensical argument, but in this discourse, basically stability has been equated with low inflation, low price inflation. But the point is that actually the macroeconomic stability has many different dimensions, and, actually, price dimension, unless price inflation goes into really high area, is actually the least of the problem for ordinary people.

JAY: I mean, I guess that’s part of the question is stability for who.

CHANG: Exactly, yeah. So, yes, I mean, the main central banks of the world insist that inflation should be below 2, 3 percent. There was quite the surprise when the chief economist of the IMF recently said, oh, even 4 percent is okay. But, you know, I mean, hand-on-heart, can you really tell me that you can tell what the current rate of inflation is? I mean, can you really tell me whether you can tell the difference between 2 percent inflation and 4 percent inflation? No. But, you know, the policies that have been used to control inflation basically have exercised such pressure on the overall economy, it has made a lot of people unemployed and lose their livelihood and so on.

JAY: It’s kind of ironic, because if you keep inflation low, and then you can create asset bubbles, these are worth a fortune with low inflation, ’cause now all your asset bubbles [inaudible] except give chaos because of the asset bubble.

CHANG: Exactly. Yeah. One problem is that in measuring price inflation we do not include things like the price of the real estate. So that’s one critical mistake. But basically all this inflation rhetoric is in the interest of the financial industry, because, you know, they basically have most of their assets that have returns denominated in the kind of current price terms–if the inflation is high, they lose money. So they basically keep emphasizing the importance of inflation. But, you know, I mean, even research done by economists from the World Bank and the IMF (depending on which research you look at) say that below 10, 20, according to some research even 40 percent inflation, there’s actually no evidence whatsoever that higher inflation is bad for the economy.

JAY: Well, when you start getting into inflations of 15, 20 percent, and even over 10 percent, then isn’t that bad for ordinary people too? Their wages are worth less, then interest rates usually go way up at that time, so now you can’t afford your mortgage anymore. I mean, there must be a point [inaudible]

CHANG: Yeah, no, of course. Yeah. I mean, there comes a point where it can really eat into people’s living standard. But, you know, I mean, that level is actually probably somewhere between 10 and 20 percent, rather than one or 2 percent, as the free-market [inaudible] if you try to kind of have a syringe, but put your finger on the end and try to compress the air, initially, yeah, it’s quite easy; but as you try to go further and further down it becomes more difficult. So, yes, I mean, bringing down the inflation from, I don’t know, 20 percent to 10 percent, yeah, it’s probably going to have more benefit than the cost. But as you try to bring it down from, you know, 5 percent to 2 percent, 4 percent to 1 percent, we have to do a lot of things which depress demand, which translate into job losses. And, you know, of course, I mean, everyone as a consumer might benefit, because their grocery bill is 1 percent smaller, but don’t forget that a lot of people are paying for this in the form of being unemployed.

JAY: Right. So if you’re sitting on assets, if you have a lot of money and a lot of ownership of things, you want to protect the value of those assets. You don’t want them to depreciate through inflation. And so if people lose their jobs, that’s not your problem I suppose.

JAY: Okay. So next piece we go. And, of course, you can get the book and get the whole elaboration of these arguments. I should have said right off the top this book’s a fun read, and it’s actually got a sense of humor throughout it. Okay, #7: Free-market policies rarely make poor countries rich. Okay, we talked about that in the beginning, how it’s okay to have protectionism when you’re a big power, but once you’re big, everyone else should have free trade. So I think we’ll go to #8.

JAY: Capital has a nationality. Now, that’s an important point, because a lot of people think of corporations or talk about them as if they’re completely transnational.

CHANG: Yeah. Well, I mean, the corporations have been playing up this aspect that they now have operations in many countries, and they can go to, I don’t know, China or Vietnam or whatever, so your US workers had better accept lower wages and poorer working conditions. So certainly they have played up this aspect of globalization, if you like. But if you actually look at objective statistics, yes, these countries do now quite a bit of production abroad–say, in the case of American companies, probably close to 30 percent of production is conducted in foreign countries. But, actually, most of the core activities, like research and development, strategic decision-making, and so on, they are still in the home country.

JAY: Well, according to the American Manufacturers Association, if I have this correctly, the United States is still the biggest manufacturer in the world.

JAY: China, they’re saying even though China’s gross numbers may be a little higher this year, it has to do with a lower American dollar. In terms of actual output, the United States is still the number-one manufacturer.

CHANG: That’s right, yeah. And also, you know, let’s take the case of the Philippines. I mean, you know, the World Bank every year publishes these statistics showing the proportion of high-tech products in your export. According to this number, the Philippines is second most high-tech economy in the world after Singapore. But why then does the Philippines have only $2,000 per capita income? Because all the brainy things are done in the United States, in Japan, in Korea, and they just send these things, the Philippine workers put it together, they go out as Philippine export. But since they do not control the core technology, since they do not control the strategic management, the Filipinos get only the wages.

JAY: Alright. Well, you’ve got a chapter here: would you not live in the postindustrial age? And you talk about the importance of making stuff. One part of that is I think there’s a kind of weird underestimation of the amount of stuff that gets made in the United States, how big an exporter it is. I believe it’s the third-largest exporter after China and Germany. And one of the reasons it doesn’t need to be such a bigger exporter: it has such an enormous domestic market. What do you make of this kind of–while certainly a lot of stuff was moved offshore, this is a big economy.

CHANG: Yeah. No. I mean, the US is–yeah. I mean, despite–you know, at one point it was producing something like half the world manufacturing output. So compared to that, yes, I mean, it has lost a lot of manufacturing–.

JAY: But is this part of a kind of a psychological warfare towards workers? Oh, you’re losing so much industry, you’d better not act up or it’s all going to go?

CHANG: Yeah, no. And, I mean, it has many sources. I mean, one of the sources is this overdevelopment of the financial industry, which largely–thanks to deregulation, not because of genuine innovation–. You know, Paul Volcker once famously said that the only socially useful financial innovation that we have seen in the last half a century is the ATM. I mean, I probably wouldn’t go as far as that, but, you know, a lot of these so-called financial innovations were basically making money by lobbying to deregulate so that you can do more dubious things, and this has really raised the profit rate in the financial sector. And therefore a lot of people have decided that that’s where the money is–we don’t need industry.

JAY: So what’s your argument? They say you don’t need to make stuff. It’s okay to have services, knowledge-based industry, finance, and let the rest of the world make stuff.

CHANG: Yes, but this is totally unrealistic. You know, in the United States, trade deficit in manufactured goods is something like equivalent to 4 percent of GDP. The trade surplus that you make in services, including financial services, is only about 1 percent of GDP. So you have been running all this deficit for years. I mean, that’s why you have sold so many Treasury bills to the Chinese. So this notion that somehow you have a service sector that is strong and big enough to finance your manufacturing demand is completely based on myth. And also, don’t forget, I mean, the countries like Switzerland that you think live on taking care of dirty money deposited by Third World dictators and selling things like cuckoo clocks and cowbells to American tourists actually, in per capita terms, is the most industrialized economy in the world. It literally has the biggest manufacturing output in per capita terms. Of course, they’re only 7 million people and they tend to specialize in–.

JAY: But they still think making stuff matters, even if they have such a big banking sector.

CHANG: Yeah. And, you know, in history there is no country that has become rich without having a strong manufacturing sector–I mean, unless, you are, I don’t know, Brunei, a small island floating on oil.

Ha-Joon Chang, a Korean native, has taught at the Faculty of Economics, University of Cambridge, since 1990. He has worked as a consultant for numerous international organizations, including various UN agencies, the World Bank, and the Asian Development Bank. A best selling author, his latest book is Economics: the User’s Guide. He has published 11…