23 Things They Don’t Tell You About Capitalism Pt.3

Ha-Joon Chang: Most people in rich countries are paid more than they should be

Ha-Joon Chang: Most people in rich countries are paid more than they should be 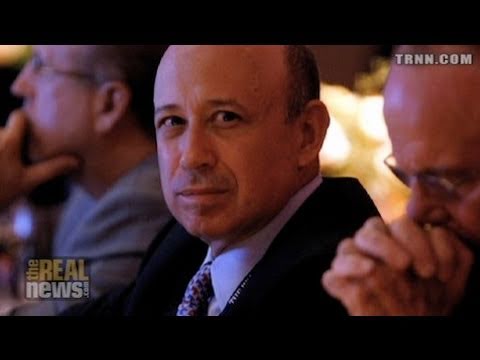 PAUL JAY: Welcome to The Real News Network. I’m Paul Jay in Washington. We’re continuing our series with Ha-Joon Chang on 23 Things They Didn’t Tell You about Capitalism–but we will. Thanks for joining us.

JAY: So just to remind everybody, you teach at Cambridge, economics. And so here we are with the book and we’re going to continue. Most people in rich countries are paid more than they should be. Well, the market says that’s what they should get paid, so how could it be wrong?

JAY: Well, the argument’s going to be: if the market doesn’t decide, who will? And how?

CHANG: Exactly. But is it really the market that’s deciding? And, I mean, that’s my point, because, you know, for example, if you liberalize that in terms of immigration, probably 80, maybe even 90 percent of people in the rich countries can be and probably will be replaced by cheaper immigrants. And we are not just talking about cleaners and taxi drivers; we are talking about medical doctors [inaudible] engineers.

JAY: Yeah, that’s a good example. If you created a process that would actually give credit, deservedly and tested, to doctors, you could probably have ten times the number of doctors in a year or two.

CHANG: Exactly. You know. And, you know, I personally replaced a British guy 20 years ago when I got my job in Cambridge. So it’s not like–.

JAY: Did they pay you less?

CHANG: It’s not like people from developing countries actually have low productivity. I mean, the reason why these people cannot move and compete for jobs in the rich countries is because of immigration control.

JAY: And the whole society they operate in.

CHANG: Exactly. Yeah. Now the point is that the reason why people are rich in the rich countries is not because they are individually so wonderful. It’s because they live in a society with good social system, good institutions, you know, good scientific infrastructure, and so on. I mean, you know, and smart ones actually know it. I mean, Warren Buffett in an interview about 15 years ago said, I actually believe that most of the money I made has been made by the society, not by me, because, you know, just imagine, drop me in the middle of Bangladesh. What am I going to be? I’ll be a farmer. You know? Probably I’d be a poor farmer [inaudible]

JAY: Well, that’s one of the things I don’t think you talked about directly in here. And maybe this is–I think this should’ve been 25 things, and I hope we have time to do 25. But at any rate. But I would’ve made 24 "Capital is the source of all wealth". And it’s capital that creates jobs. And somehow it’s the private owner of the capital is the one that’s creating the value for the society.

CHANG: Exactly. Yeah. No, I mean, it’s not just capital in the narrow monetary sense, but, I mean, the whole social infrastructure. So even if you are a brilliant scientist, if you live in a country where the labs have no equipment, there’s no research grant for science, and there’s no good university system where you can recruit good research assistants, you don’t do research. So, actually, the point that I’m trying to make in that example, however striking it may sound in the beginning, is actually quite a reasonable one. I mean, it is that our productivity, individual productivity, is largely collectively determined, and therefore you cannot have these people argue that, well, I get $50 million because I’m worth it–no, because his $50 million earning is supported by the whole society.

JAY: Well, that’s–then you could go to my point 25 would be: if the whole society is producing the wealth of the society, why are we still living with forms of private ownership that come from the 1500s? But–.

CHANG: Yeah, no, no. But, I mean, on that issue, you know, we have seen the failure of these socialist economies where they abolished private ownership but it still didn’t kind of fully socialize that control, because it ended up concentrating control in the hands of a small minority.

JAY: Yeah, but we talk about many forms of capitalism. Maybe there’s many forms of alternatives to capitalism, ’cause the 20th century form of socialism clearly concentrated power in these one-party states and all of that. But you could have public ownership in many diversified ways–municipally, state, federal, co-ops, collectives, non-profits [inaudible]

CHANG: Yeah. And already, I mean, in a lot of economies those things play a very important role. You know, I mean, you talk about country like Singapore, I mean, you think it’s a free-trade economy. Yes, it is, but on the other hand, the government owns all the land, 85 percent of housing is supplied by government-owned housing corporation. I mean, in countries like Denmark, agricultural cooperatives have played an extremely important role in its economic development. I mean, of course, it is not that agricultural anymore, so that is less important. But, you know, in China you have all the forms of hybrid ownership. I mean, it’s difficult to know whether this form is truly private or semipublic. You know [inaudible]

JAY: My point 25 would be: you can’t have more rational forms of an economy when you have a handful of people owning the commanding heights of the economy, ’cause they exercise too much political power.

CHANG: Yeah, exactly. And, yeah, they’re making sure that their ideas are [inaudible]

JAY: It doesn’t matter how irrational what they want [is]. If that’s–they just have the power to ram it through.

CHANG: Yeah, and especially when they control the media. I mean, they can tell people, well, you may not like it–.

CHANG: Yeah. You may not like it, but this is how the world works. And, you know, I mean, I just cannot believe how the people in Britain, United States, and several European countries have swallowed this nonsense that the deficit problem has been caused by kind of social welfare spending.

JAY: Yeah, it’s actually the problem–it’s really the fault of people who are going to retire. If only they would retire later, everything would just be fine.

JAY: Okay. Next. Most people–the washing machine has changed the world more than the Internet has.

JAY: Okay. Make–what’s that? What do you mean?

CHANG: Yeah, I mean, you know, through that I was trying to tell people that we shouldn’t judge things–well, so to speak, from the wrong end of the telescope. You know, we tend to undervalue things that already have been achieved and think only the newest things are important. So, for example, the reason why I brought out the washing machine is that the washing machine and other household appliances have enormously changed the way that we live. I mean, you know, it has enabled, especially, women to enter the labor market in a major way. And that has changed the bargaining positions of men and women within family, that has changed the number of children that women have, that have abolished some preference that most rural societies used to have.

JAY: But don’t minimize the social importance of online dating. Alright. Here we go. Next, assume the worst about people and you get the worst.

CHANG: Yes. In the standard free-market economics, it is assumed that we only work for our own self-interests, and therefore everything has to be designed to channel that into productive activity, and the best way to do it is to do it through free-market, the invisible hand of the free market. But, actually, the world cannot work in the way it does if we actually had individuals behaving in the way they are described in the textbook. You know, for example, the most striking example is this method of industrial action called work-to-rule. Simply by working according to the rule, actually the workers can reduce their output by 30, 40, 50 percent. Factories are run in the way they run only because these workers take extra initiative. They do things that they don’t have to according to the contract. You know, sometimes they take shortcuts, sometimes they put in extra effort, and so on. This shows that the economy runs in the way it runs only because people have a lot of goodwill. So we have to actually build a system where we exploit this, the good side of people, while subduing the kind of selfish side.

JAY: Well, this goes back to what we were saying before, because if you believe that privately owned capital is the source of all wealth, then the private capitalist desire to get as rich as they possibly can is the driver of the society. So, like they said in the movie, greed is good, but then they go ask working class kids to go off and die in Iraq and Afghanistan. Like, where–you know, it’s okay–like, their sacrifice makes sense.

JAY: But it’s–of course, they’re getting other people to go make the sacrifice.

CHANG: Yeah. No. You know, I mean, on this I can only agree with Gore Vidal, who some time ago famously said that the American economic system is capitalism for the workers and socialism for the rich. So there you go.

Ha-Joon Chang, a Korean native, has taught at the Faculty of Economics, University of Cambridge, since 1990. He has worked as a consultant for numerous international organizations, including various UN agencies, the World Bank, and the Asian Development Bank. A best selling author, his latest book is Economics: the User’s Guide. He has published 11…