A Tear in the Fabric of America’s Political Theater 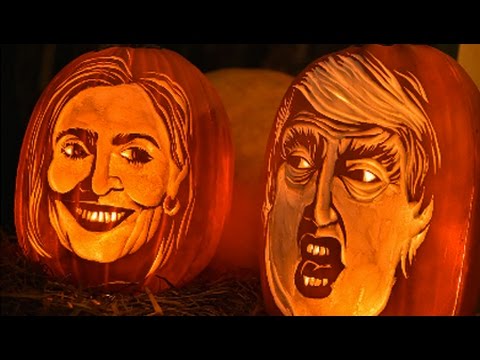 I’m known for a documentary I made called Hitman Hart: Wrestling with Shadows. It was about professional wrestling and a battle between Bret Hart and Vince McMann and we got a lot of behind the scenes coverage in that and I got to know the wrestling world some. It occurred to me that there’s a certain kind of press that covers wrestling much the way a lot of press covers American politics. Now everyone that has any sense about them at all knows that professional wrestling is theater. In fact, the film I made helped kind of make that clear for everyone. But it is theater and everyone acknowledges it’s theater but there is still some press out there that plays along and covers the wrestling theater as if it’s real. Well I think much the same thing goes on in American politics.

Much of the election campaigns are positioning, rhetoric, language, supposedly support this, oppose that, which is really all part of the theater. But because it does affect the horse race of the outcome of the elections, most of the corporate media covers all of this theater as if it’s real. Well something’s happening in this election which because of partly the bluster and in some ways weird honesty of Donald Trump, some of that theater is breaking down. The WikiLeaks about Hillary Clinton and behind the scenes machinations of the Clinton campaign, there’s been somewhat of a tear in the fabric of this theater.

Now joining us to talk about this is Henry Giroux. Henry joins us from Hamilton, Ontario. He’s a professor of scholarship in the public interest at McMaster University and author of his most recent book, America at war with itself. Thanks for joining us Henry.

HENRY GIROUX: It’s a pleasure to be with you.

JAY: So, what do you make of the idea that wrestling and American politics have a lot in common?

GIROUX: I think it’s a fabulous analogy. I think that in many ways what we see happening is the cultural celebrity which has never really been taken too seriously, although it confers a great deal of authority, has all of a sudden outed itself. It’s out of the closet. I mean people realize that what we’re getting is not only an exercise in performance and showmanship but we’re also getting what I would call, an elimination of the truth. The truth is one of the great causalities of this particular election cycle. It’s never been more visible than it is now.

In one hand, what you have basically a celebrity who has no trouble lying because he believes that nobody will really take him too seriously because he thinks he really is a celebrity. On the other hand, you have the alternative press, you have the alternative media exposing all the nonsense that of course Hillary Clinton believes in and making it clear that she has no lock on honesty either. It seems to me that as the truth begins to disappear, questions are being raised about what are the conditions that produced this.

What are the contradictions at work here? What does it mean for instance when Hillary Clinton says she believes in families and she believes in children and she worked for the Children’s Defense Fund when in actuality as the first lady, she had no trouble calling black youth super predators, she basically supported her husband’s welfare program which did horrible things for pro minorities? She supported an educational system in part that had nothing to do with the imagination and real learning. Had everything to do with accountability and standardization.

So, it goes on and on. I think that as this fabric gets torn, as the veil gets sort of taken away and as the mystic of theater begins to dissolve, a kind of shocking reality emerges. One steeped in corruption, despair, inequality, poverty, systemic violence, racism, that becomes increasing difficult for the American political, financial, and corporate elite to basically legitimize.

JAY: I think the Clinton campaign’s particularly interesting. First of all, you have a 74 senator from Vermont. If he’d had maybe another month or two, might’ve actually might have won in terms of especially in his weakness in the south and amongst African Americans. Another month or two and he might have sorted some of that out. It’s quite remarkable that someone at least in terms of mainstream media, someone who came from obscurity, I think people that followed progressive politics, he was certainly well known.

But for most of the country, they barely knew his name. To go from there to almost winning and there’s some suggestion, some of the specific state races he certainly didn’t lose fairly. Now you have the majority of the country simply says they don’t believe Hillary Clinton is a truth teller. They think she’s a liar. They don’t trust her.

Yet she’s the only candidate these elites got. Trump lies exposed. Even the republicans, the fact that the system couldn’t come up with better candidates within the republican party to actually take on someone like Trump that should’ve been an easy duck to shoot of anybody of any caliber. The whole caliber of these political candidates has just banal.

GIROUX: I think what’s interesting here is that the republican party, they couldn’t come up with a decent candidate because they had no sense of the degree to which they had violated any principles that sort of [attaches] them to any notion of civic justice or to the economic issues that have caused enormous anger throughout the country, that they were unwilling to address. I think there’s another issue here. I think the issue is something you mentioned earlier about Bernie Sanders, who I find very hopeful, in that people don’t realize that language matters and I think what Bernie did, taking off from the Occupied movement which gave us a new language about inequality. Bernie gave us a language for economic and social justice and political justice in a way that we haven’t heard before because it was endlessly being replayed over and over again.

I think that what you have there is you have the power of what I call a reimagination machine that attacks a disimagination machine. He took the disimagination machine which covers everything over in lies and false metaphors and indecent stories and corruption and he exposed them and I think that one of the great beginnings, one of the great movements for any form of insurrection of democracy is to make power visible. I think he did that. I think the black lives matter movement does that. I think they’re all driving liberals absolutely crazy because it’s becoming increasingly difficult for the liberals to basically defend this thing that they call democracy. It’s not a democracy at all. They know it.

But they don’t have a language to basically come back at this. I know. I was listening to a radio this morning and I don’t know if you know this but the all white, they’re responding to this by intimidating people, by attempting to ruin the lives of now I think it’s like 500 reporters throughout the United States attacking their families, putting stuff on twitter, putting pictures of their children up in ways that are utterly disgusting and vile. I think you see two moments here. You see a moment of impending fascism which is utterly violent and criminogenic. Then you see another moment which is criminogenic but not as violent. But’s its grappling at the same time with some way to rescue itself by pointing only to Trump without at the same time pointing to its own liabilities.

JAY: I think the sort of mediocrity banality of these candidates, it’s not just a happen chance, and many of the presidents in the past and I would put both Bill Clinton and Barack Obama – they’re smart guys. I disagree with probably 98 or 99% of their policies and both of them were involved in what I think could be categorized as war crimes, including Bill Clinton and sanctions on Iraq and the drone policy and others and the development of the war on Syria with Obama and such and Libya of course.

But that being said, these are smart guys. They speak in full paragraphs. They are articulate. They can crack jokes. They’re knowledgeable. But it was under their watch that we had a great leap in this transfer of wealth to the top 1 or so percentile. A great leap in the parasitism of capital. Casino capitalism. Massive derivatives and speculative markets and this very parasitical, very degenerate you could say type of capital created this orgy of profits for this top tier at a level they’d never seen before and when you live in the bubble of those massive profits, perhaps they have no idea what’s going on amongst the American people.

GIROUX: They meaning the financial elite. Is that what you’re saying?

GIROUX: Exactly. Well I don’t want to underestimate the power of the cultural apparatuses that they control to basically normalize what appears to be unimaginable. I mean I’m always shocked by that I think the real issue here is that we live in a country in which memory is very short. We live in a culture of the immediate. I’m often shocked about what gets forgotten 5 days after the news cycle.

So, the real question is, how do you keep the count of memories. These images. How do you keep this language up? This critical language that consistently reminds people of the contradictions and the crimes. The United States is a war culture. I mean there’s no other way to talk about it. It’s primarily organized for the production of violence at almost every level. Of course, the punishing state is getting worse and the acceleration of police violence is getting worse. I

think as long as the alternative media can focus on and sustain these images and these stories and these counter narratives, I think they’re fine. But it’s a hard fight because as you well know Paul the mainstream media controls most of the media and so the real question here is how do we take the question of culture and power and education and link it to everyday live in ways that allow it to travel across a public sphere so that these memories and injustice and corruption can be sustained?

JAY: Thanks very much for joining us Henry.

Henry A. Giroux is the Professor for Scholarship in the Public Interest at McMaster University and author. His latest books are “The Public In Peril,” and “American Nightmare: Facing the Challenge of Fascism.”