Heiner Flassbeck: Corporations are sitting on mountains of cash and are unwilling to invest in the real economy - only high taxes on profit will make them do so

Heiner Flassbeck: Corporations are sitting on mountains of cash and are unwilling to invest in the real economy - only high taxes on profit will make them do so 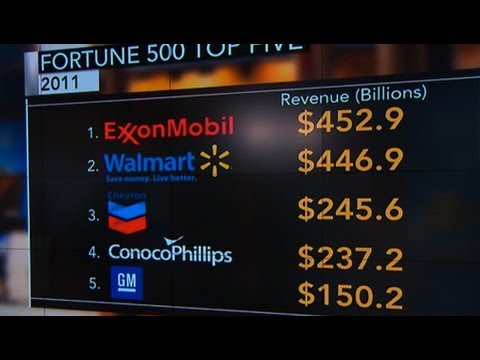 PAUL JAY, SENIOR EDITOR, TRNN: Welcome back for part three of our series of interviews with Heiner Flassbeck on the state of the global economy and what to do about it. And joining us again from Geneva is Heiner Flassbeck. He served as director of the Division on Globalization and Development Strategies at the United Nations Conference on Trade and Development, known as UNCTAD. He’s now a professor of economics at Hamburg University. And he writes at FlassbeckEconomics.de.

Thanks for joining us again, Heiner.

HEINER FLASSBECK, PROF. ECONOMICS, HAMBURG UNIVERSITY: Thank you for having me.

JAY: So we’ve been talking in part one and part two–and if you haven’t seen that yet, I suggest you go back and watch them, ’cause we’re going to carry on the discussion. So let’s suppose it’s possible to have in the current political paradigm a government of a major industrialized country, say, the United States, although I think politically that’s the least likely to get the kind of government we’re talking about, at least the way the politics is at the moment. What would that government do? Or let’s imagine a real hypothetical. Let’s imagine the people of America or some of these other countries, but particularly America, wake up and there’s tens of thousands of people in the streets and they elect–actually are able to elect a government that wants to take on these problems. What would it do?

FLASSBECK: Well, the government would do a number of things [incompr.] in four different areas I think the priorities should be set, which is the financial market, which is monetary policy, fiscal policy [incompr.] and the labor market. These are the four areas that are crucial at this moment of time. Not to forget international relations, not to forget ecological questions, but for the short and medium term, to fix things and to turn the economies around you have to be more progressive on fiscal policies. You have to understand that the kind of austerity measures that we have doesn’t work. It shows in Europe that it doesn’t work. You have to understand why monetary policy is not functioning. And you have to regulate the financial markets, because you are subsidizing heavily the banks by very low interest rates, but what you get out is not investment in fixed capital, but what you get is bubbles, new bubbles that are inflated in the stock market and elsewhere.

JAY: So how do you change that?

FLASSBECK: You change it step by step. You first create awareness with the public that government debt, state debt is not a bad thing, but it’s just a reflection of saving somewhere else in the economy and it has to be used for investment. The second thing is you get the company sector back to where it has to be, namely, to be the main debtor, not sitting on high profits. This is the first thing I would address by taxing these profits very sharply and additionally. And then you get the financial market to go back to what we need them, namely, an intermediate system [crosstalk]

JAY: Hold on. That’s too many things at one time. Let’s deal with this [incompr.]

So one thing you would do is you would more significantly tax corporate profits that they’re–’cause what they’re doing is now sitting on this cash instead of investing it.

FLASSBECK: Absolutely. This is the most crucial thing. We are in a totally un-normal situation, where companies are sitting on cash. The company sector in many economies is a net saver. That cannot work. The company sector has to be a net debtor. Then you can talk about government being a debtor or whatever to whatever extent. But the main part of debt that has to be taken on in any economy of the world has to be by the company sector and not by the government and not by foreign countries, and because private households are, so to say, natural savers and they should save a bit to make the whole system stable and to give them a cushion, so to say, in times of crisis.

JAY: So the idea is companies borrow money ’cause they invest in expansion and such, and then they pay, they service their debt. But you want to see the debt side on the corporate side of the ledger.

FLASSBECK: Mainly on the corporate side and less on the government side. So there can be a compromise. The government has to take on debt, a certain amount of debt, to finance investment, public investment in infrastructure and other things. But the main–the main counterpart of the private savings has to be the company sector. That’s absolutely clear.

And it cannot be, as in my country, in Germany, you have everybody saving, so that even the government now is a net saver. So we’re just relying on foreign countries due to our current account surplus. We are exporting all our savings, Germany is exporting all its savings to other countries in the hope that the investors will be there. And the debtors are there, but they are not investors. And now we’re calling them bankrupt, so it doesn’t work anyway. So we have to come back to a normal assignment, so to say, of the roles. We have to relearn what a market economy could be and is.

JAY: And do we not also have to start to question again–I know this is–as soon as you say this, the socialist specter arises, so let it arise. Don’t we have to question how things are owned? The political power that arises out of this concentration of ownership has become so immense–not that it wasn’t always big, but it’s qualitatively bigger now, the finance system more than anything. I mean, the issue of some kind of form of real public banking with a public interest agenda, do you not have to start with something like that if you’re going to start to see real change?

FLASSBECK: No, definitely. As I said, investment in infrastructure, the whole range of ecological tasks that we have to do for the future, all this is the government area. I do not want to expand the government to everything. That in my view goes too far, because we have seen, at least in Europe, that it doesn’t work that well. So let’s contain the government, but make it much bigger than it is now, and give it back the right to taxation, the right to tax high income. That is the crucial thing, because due to the ideology that prevailed over the last 30 years, some people, even ordinary people on the street, believe that the government does not have the right to tax away huge profits, because that would be against the efficiency of the market and things like that. And this kind of ideology we have to fight. And for this we have done this book. And I think if I look around, we’re not overwhelmingly successful, but the awareness, the awareness with the ordinary citizens is definitely rising.

JAY: Okay. Thanks very much for joining us, Heiner.

Dr. Heiner Flassbeck graduated in April 1976 in economics from Saarland University, Germany, concentrating on money and credit, business cycle theory and general philosophy of science; obtained a Ph.D. in Economics from the Free University, Berlin, Germany in July 1987. 2005 he was appointed honorary professor at the University of Hamburg. Employment started at the…

February 6, 2020
Sign Up for Our Newsletter
Help Us Make Real News!