At an event honoring CIA whistleblower John Kiriakou, attendees say surveillance is not being used for legitimate security needs, but to protect state power

At an event honoring CIA whistleblower John Kiriakou, attendees say surveillance is not being used for legitimate security needs, but to protect state power 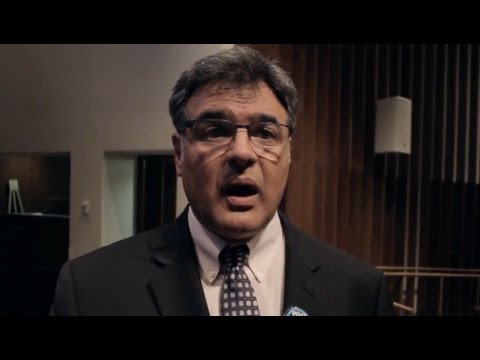 THOMAS HEDGES, TRNN: The Sam Adams Awards are given out annually to people within the intelligence community who’ve stepped forward to blow the whistle on corruption waste and abuse. This year’s ceremony took place in Washington, D.C. and was awarded to former CIA agent John Kiriakou who in a 2007 interview with ABC news officially confirmed the existence of the Bush era torture program.

SPEAKER: Did you feel comfortable with techniques?

JOHN KIRIAKOU: Frankly no and I elected to forgo the training.

HEDGES: Almost 10 years later and after Kiriakou spent 2 years in prison, the Sam Adams community came together at American University to add his name to the list of recipients of the award which include the likes of Edward Snowden and Julian Assange.

HEDGES: Sunday’s event was a display of how being an honest and dedicated intelligence officer can mean little when you put your own institution at risk. Kiriakou who played an instrumental role in the capturing of Abu Zubaydah in Pakistan says that over the past couple of decades and certainly since 9/11, the criminal justice system in America has effectively been politicized through mass surveillance. He also says it has been used more and more for consolidating and protecting state power than for actual security purposes.

KIRIAKOU: The primary mission is to protect the agency and one of the ways that they’ve begun doing that since the September 11th attacks and passage of the Patriot Act is to begin gathering information on literally every American. Every American citizen, every US person. That’s literally everyone with a Green card, just so that in the event that you become trouble for the government sometime in the future, they can go back to what they’ve already collected. Whether it’s your emails, your phone calls, your Facebook posts, your twitter posts, and if they need to, to begin building a case against you.

RAY MCGOVERN: They just look, key name. They look into the file, they find what you’ve been discussing with whatever and that’s how they got John Kiriakou.

HEDGES: What did they get him on? They got him on disclosing the identity of a colleague of the CIA.

HEDGES: How did they get what? That information?

MCGOVERN: I’m not 100% sure about that but that’s the way you do it. You look at the telephone call, you have Kiriakou, so you dig out this file. You find out that he talked to one of the people, who never divulged by the way. But he did talk to them and innocently thought he was in retirement and said yea this guy might know something. And that’s the only thing they could really get him on and so he pled to that.

They were trying to get him on very much serious charges of course and wanted to put him away for 30 years. So rather than take that chance with the hanging court that exists in Alexandria, Virginia, he decided with his family to plead out on this and they sentenced him to 30 months of which he served over 23.

HEDGES: The Sam Adams Associates also double as a support group for whistleblowers who feel beaten and betrayed by a government that has persecuted them, taken away their pensions, sent SWAT teams to raid their houses and made sure that getting another job in their respective fields is impossible.

THOMAS DRAKE: See it’s not just the fact that they have information, they can manipulate it. They did it with me. They actually altered documents that they claimed they were charging documents in my case. They actually altered them. Or they just alleged things based on what they think they have. See part of this is you don’t know what they have fully. You can say they have everything but what is it they have and what are they going to use against you. That’s like the pre-crime thing. If you have the information they’ll find something to charge you with. Or find something that you did.

HEDGES: While the group of whistleblowers have experienced firsthand what it means to be on the receiving end of US wrath, many are hopeful that the public will begin to wake up. Craig Murray who sat down with the Real News 5 years ago to talk about his uncovering of the American sponsored torture program in Uzbekistan said that he sees signs of awakening.

CRAIG MURRAY: I am much more cheerful than I was a few years ago because we have seen the genuine start of a meaningful popular reaction against social control. We’ve got that in the UK where on the one hand you’ve got Jeremy Corbyn and his intellectual anti neoliberal insurgency if you like which has taken control of one of the major political parties. We’ve got a similar thing with the SNP and Scottish independence which is very heavily a left wing movement. And in the United States you had the Bernie Sanders nominee and nobody would’ve imagined 10 years ago that somebody who described himself as a socialist could get so close to the democratic nomination.

So even though the United States presidency base might have ended up with the two worst imaginable candidates you could probably imagine in any election anywhere, underneath that there’s something else happening. Something else bubbling up among people. I’m very hopeful now that the human spirit is likely to break through and we’re going to see a beacon in the system of domination by a global elative super wealthy.

Fear Mongering and Capitalism: A Recipe for Fascism? (1/2)

What Does The Intercept’s NSA Leak Say About Russian Vote Hacking?

With Reality Winner Sentenced, Does The Intercept Owe Answers?