If Democracy Expands in Syria, It Will Change Middle East

Hamid Dabashi: Repression continues but signs that struggle might expand a democratic space

Hamid Dabashi: Repression continues but signs that struggle might expand a democratic space 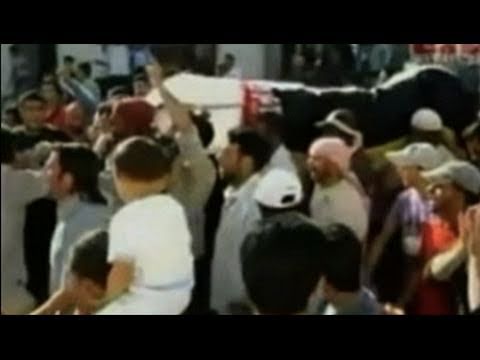 PAUL JAY, SENIOR EDITOR, TRNN: Welcome to The Real News Network. I’m Paul Jay in New York. In Syria the conflict continues. The rebellion seems to be spreading and the Assad regime teetering. Well, that’s one version of the events. The other version of the events is Syria’s put down these kinds of uprisings before, and the Syrian elite is likely to hang together. So which is it? Or maybe it’s somewhere in between. Now to help us understand what’s going on in Syria is Hamid Dabashi. Hamid teaches at Columbia University, and he’s the author of the book Brown Skin, White Masks. Thanks for joining us.

JAY: So what’s your take on Syria?

DABASHI: Yes, Syria has managed to put down these events in the past, especially Bashar al-Assad’s father, Hafez al-Assad. But we didn’t have Arab Spring going on. Now Arab Spring is happening. And the Syrian uprising was in response to the Arab Spring. After Egypt, the greatest apple that will fall is Syria. It is going to so fundamentally change the situation, ’cause with the fall of Egypt, you had the ally of United States to fall. With the fall of Syria or any–by fall I mean any democratic change in Syria–you will have a major adversary of United States and Israel to fall. That will change the geopolitics of the region. Anything, any democratic change that may happen–as we speak, leading intellectuals, journalists of Syria have been allowed to have a meeting in a hotel in downtown Damascus, a miracle nobody would have imagined. I mean, one of my dearest friends recently–Syrian filmmaker Omar Amiralay–passed away. I mean, if he were alive to see a day like this–it’s just unimaginable. Has happened. I mean, it’s not totally credible. People are criticizing it. But the fact of the matter is that this sea change, these seismic changes that are happening with various degrees of success or failure, or temporary failure, are coming to the fore and will happen in Syria. Right now what is on the record is more than 1,000 civilians have been killed. You have a mass humanitarian crisis on the border with Turkey. Turkey is very agitated and incensed with Syria, which means there is international crisis for Syria generated on its borders. Whatever factor of the Syrian elite coming together, they’re facing the most fundamental challenge of their history since the Assads have been in power.

JAY: There seems to be quite a debate or difference in interpretation about just what the [crosstalk] you had, Hillary Clinton’s calling Assad a reformer. He’s not really the–almost putting him in the same basket with the way they talk about the Gulf Cooperation Council: oh, yes, it’s not democratic, but they’re reforming. And they kind of put Assad there in that basket early on. Is US policy itself somewhat confused here, in the sense that better the Assad you know than what the hell’s coming next?

DABASHI: Exactly, exactly, because, you see, these democratic uprisings have thrown a monkey wrench at these–precisely these arrangements. So far as you have Bashar al-Assad in there, you know who you are dealing with. And what it exactly Bashar–when I hear the word Maghouama, resistance, Syria is in the forefront of resistance, what exactly–. Golan Height is still under the Israeli occupation. The Palestinians are in fact going their own way. The rapprochement between Hamas and Fatah is extremely important in terms of Hamas has given up hope on Islamic Republic or on Hezbollah or on the Syrians coming to its aid and trying to have their own, you know, rapprochement. The thing is, United States, Israel, European Union, all of these, NATO, they have lost the plot because the plot has changed. Suddenly we have a democratic will of the Syrians involved in a factor, and it is, like all democratic [incompr.] open-ended. We don’t know in what direction it will go. The only thing that it has done, it has destabilized, it has made it impossible for you to have regular sort of chess player with all of these arrangements. And in what direction it will go, they cannot control it. The confusion of Secretary Clinton, by extension American foreign policy, is because the rug from under their feet is pulled. And they’re trying to control it, they’re trying to micromanage it, but it’s very difficult, fortunately.

JAY: In terms of what could happen next in Syria, if the Syrian army doesn’t split–and I don’t think there’s any too serious signs that it has–and there’s no outside intervention, which is impossible to imagine, that–I mean, not impossible, but highly unlikely there’s going to be some foreign intervention, and I think the majority of Syrian people don’t want it–how does this shift? Because the dictatorship’s willing to use any force necessary.

DABASHI: If a year–Paul, think a year back. If six months ago somebody would tell you that Bashar al-Assad is going to lift the emergency condition, allow for some of the leading intellectuals, activists, and oppositional forces to gather in downtown Damascus and negotiate democratic issues, you would have said you’re out of your–our mind. But it has happened.

JAY: So it’s not so much about, perhaps, the fall of the Assad regime as an opening up of a democratic space in Syria.

DABASHI: Exactly. Exactly. And, also, if you go to the models of Tunisia and Egypt, in Egypt all that has fallen is just a figurehead. There are many, as you know, mini-Mubaraks lurking in the army. But the thing is, because the people–as of yesterday, there was a demonstration in Tahrir square. Because people are present, those mini-Mubaraks are not coming out. This is the synergy. So this, in fact, we are reconsidering what exactly it means, revolution. It’s not a revolution on the model of the French Revolution or American Revolution. It is a revolution in terms of the expansion of the political space and participation. That expansion is a Hannah Arendt conception of revolution. That expansion of the public space is already taking place. People have agency. Journalists, intellectuals, activists are out; they’re articulating their positions. And in the absence of democratic institutions, political party, freedom of expression, freedom of peaceful assembly, etc., we are for the first time witness to the formation of democratic institutions for enduring democracy. To me that is far more important in enduring for future than just a figurehead falling and so forth.

JAY: And from the Western press point of view, they always look at it just from the point of view of figurehead, leaders, geopolitics, alliances within the imperialist game. But for the people it’s about a democratic state.

DABASHI: Of course, because in much of this so-called Western press, still the Orientalist imagination is. I mean, just one figurehead goes; another figurehead comes. But that–now we are in fact reinventing, reconvening the idea of democracy from ground up, from the vox populi, from the will of the people, is something that the Western press also has to stand up in awe and admiration and behold.

JAY: And still don’t understand. Thanks for joining us.