Hamid Dabashi: All foreign nations involved in Syria are attempting to quell the revolutionary uprisings for economic and strategic interests, but the Syrian people will ultimately decide their own future

Hamid Dabashi: All foreign nations involved in Syria are attempting to quell the revolutionary uprisings for economic and strategic interests, but the Syrian people will ultimately decide their own future

Hamid Dabashi on the Middle East 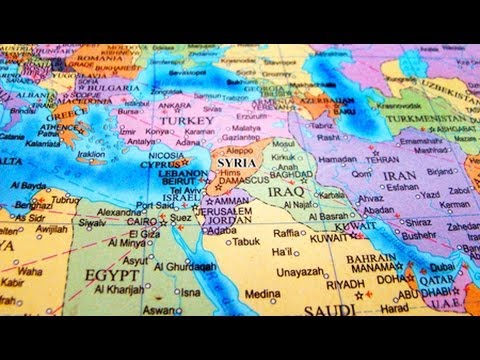 Now joining us is our guest, Hamid Dabashi. We’re picking up our conversation where we left it off.

Hamid is a professor of Iranian studies and comparative literature at Columbia University.

Thanks for being with us, Hamid.

DESVARIEUX: So, Hamid, my first question is really to discuss Syria. Why is Syria of strategic importance to Iran?

DABASHI: Over the last 30 years, since the inception of Islamic Republic–in fact, more accurately, since 1982 Israeli invasion of Lebanon, a strategic alliance developed between Iran, Syria, Hezbollah, and Hamas. And they called this line of connection /mo’[email protected]/, resistance. So Iran, Syria, Hezbollah in Lebanon, and Hamas in Palestine, they formed a line of resistance vis-à-vis Israel and its support by United States. This was the scenario that was operative and working, to whatever degree a limited imagination that this kind of war of attrition could possibly sustain, until the rise of the Arab revolutions in 2011. That began to change the scenario radically. And if you go back and look, immediately Hamas realized that its interests, the interests of the Palestinians and the interests of Hamas, is actually in connection with these revolutionary uprisings, and they began to side with the revolution, they began to support the Egyptian revolutions, and they decoupled themselves from Syria. This was a very important move.

Hezbollah, on the other hand, denounced the revolutionary uprising. I mean, the social movement in Iran, the Green movement, Hassan Nasrallah dismissed it as inspired by United States. And then, when the trouble began in Syria, Hassan Nasrallah and Hezbollah refused to dissociate themselves with Bashar al-Assad. And as a result, the credibility that Hassan Nasrallah and Hezbollah had created for itself since the war of 2006, that they have become the hero of the Arab world, they categorically lost it. They now have fighters inside the Syria. They have been projected, and they are in fact as a force against the Syrian interest.

So, because of the Arab revolution, that alliance began to crumble by, first, Hamas decoupling from it, and Hezbollah using credibility. So all remaining was Iran and Syria. Iran has invested heavily strategically, militarily, intelligence-wise, in every possible ways in keeping Bashar al-Assad in power, not, as I said earlier, because they have a love affair with Bashar al-Assad, but they just want to make sure that the interests in the region, and particularly in Syria, are kept intact. And as a result, what we are witnessing today, namely the scenario that China, because of its economic interests, Russia, because of its economic and strategic interests, and Iran, for similar reasons, are siding with Bashar al-Assad, whereas U.S., Israel, Saudi Arabia, and others are against that coalition.

However, that coalition is–on both sides are very fragile. Why? Because the will of the Syrian people, who are the majority of nonviolent people who began the peaceful revolution two and a half years ago, are very much the people who ultimately will decide the future of Syria. So all these machinations that are happening at the state level, in terms of the geopolitics of the region, are only successful to the point that they finally come to a strategic resolution. But when they come down from their horses and Humvees to rule, they will see that the Syrians are not going to be the same Syrians who have been brutalized by the Assad dynasty for half a century.

DESVARIEUX: So, Hamid, I want to go back to the point that you made about how Iran invested heavily in keeping Assad in power. But now we’re sort of seeing the weakening of his regime in the Geneva II talks, Kerry’s public statements that he’s made. I want to get your impression. Do you think that at the end of the day, Iran is going to throw Assad under the bus?

DABASHI: Oh, absolutely. Iran, as I said, has no personal commitment to Bashar al-Assad. Iran simply wants to make sure that it is a player in the region. As you remember, UN initially invited Iran to join the negotiations in Geneva II, but then they disinvited them. The fact is that without Iran, there cannot be–Lakhdar Brahimi has repeatedly said that without Iran, there cannot be a resolution to the Syrian crisis. And Iran knows that fact, because Iran is on the ground. The military intelligence apparatus of Islamic Republic is inside Syria. And they want to use that as a leverage, not to keep Bashar al-Assad in power, but to make sure that the regional interests are protected in the aftermath of Bashar al-Assad.

This same scenario’s actually applicable to the Russians. Russians were cheated out of the post-Gaddafi scenario in Libya, and they don’t want to see it happen in Syria as well.

Because of these revolutions, Jessica, these uprisings, the counterrevolutionary forces that ranged from China and Russia and comes down to Iran and Syria and Israel and Qatar and all of these forces, they have mobilized to see how they can stabilize. The term, for them, is stabilize the situation.

And against this we have a constellation of counterrevolutionary forces that on the surface may appear to be at odds. Saudi Arabia may seem to be at odds with the Islamic Republic. But ultimately they have one goal: to quell these revolutionary uprisings for their own interest.

DABASHI: Absolutely. My pleasure. Any time.