Guns, Toxic Masculinity, and the Alt-Right

The FBI has confirmed it failed to act on a tip about Nikolas Cruz, the confessed shooter in the Florida high school massacre. Author David Neiwert says the shooting underscores the dangerous combination of toxic masculinity, guns, and radicalized scapegoating

The FBI has confirmed it failed to act on a tip about Nikolas Cruz, the confessed shooter in the Florida high school massacre. Author David Neiwert says the shooting underscores the dangerous combination of toxic masculinity, guns, and radicalized scapegoating 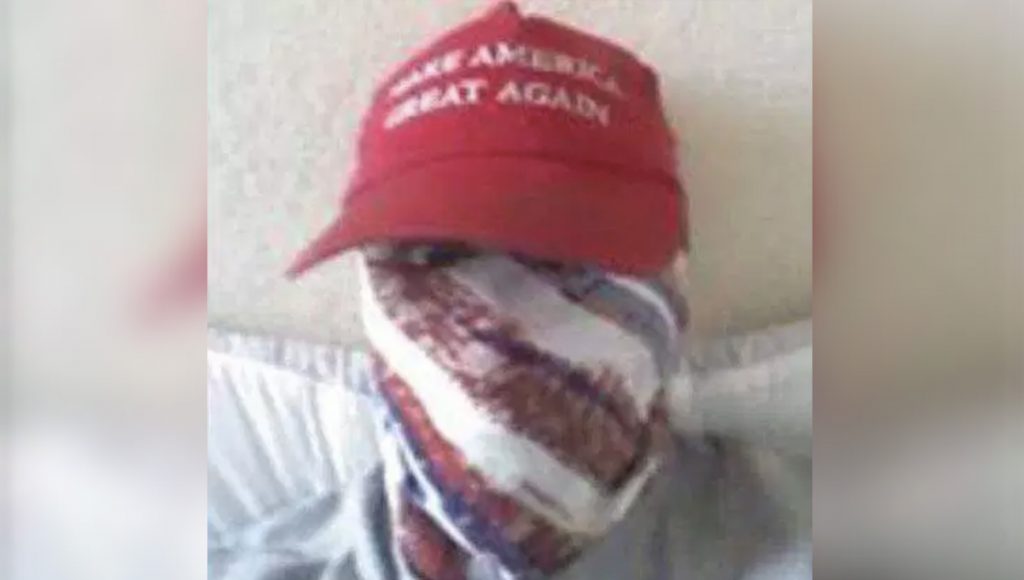 AARON MATÉ: It’s The Real News, I’m Aaron Maté. The FBI has confirmed that it failed to act on a tip about Nikolas Cruz, the confessed shooter in the Florida high school massacre that left 17 dead. The FBI says that just last month, a caller alerted it to “Cruz’s gun ownership, desire to kill people, erratic behavior and disturbing social media posts, as well as the potential of him conducting a school shooting.”

It’s at least the second warning the FBI is said to have failed to properly investigate about Cruz. This comes amid news that Cruz may have trained with a violent neo-Nazi group that calls itself The Republic of Florida.

Joining me is David Neiwert. He is an investigative journalist and the Pacific Northwest correspondent to the Southern Poverty Law Center. He is the author of several books, including most recently <i>Alt America: The Rise of the Radical Right in the Age of Trump.</i>

Welcome David. Based on what we know so far about the shooter and his possible connections to a white supremacist group, what are your thoughts on what’s happened this week in Florida?

DAVID NEIWERT: Well, I think obviously we’re really feeling this rising tide of toxic masculinity and, that’s very much a part of the alt-right. And I wouldn’t be surprised if this gentleman was very much enmeshed in that culture. The reports of him being part of a white supremacist militia are dubious, at best. The people who are claiming he was part of their militia is an outfit that’s there in Florida, it’s 430 miles away from where this guy was, and the guy who’s making these claims is someone that the SPLC previously had dealings with where he was actually calling the SPLC up and trying to get on their hate list because he wanted to have that validation. And the guy actually wound up in a county jail when the SPLC went down to talk to him. So, they’ve never actually put him on their hate list because the guy, it’s not really a real organization and as far as we can tell, they were actually just trying to troll the ADL and the media by making this report.

However, I wouldn’t be surprised if it turned out that this young man had some kind of very far-right orientation, ideologically this is very often very much part of the package that we’re seeing with these kinds of cases. It’s very much woven into the whole thread of or fabric of toxic masculinity that we’re dealing with nationally. And it’s really, it’s not just in these shooting incidents that we’re having to deal with it.

AARON MATÉ: Right, so, what we know about Cruz, from his Instagram account, he posted a picture of him wearing a Donald Trump ‘Make America Great Again’ hat. We know from friends or classmates of his, I should say classmates because apparently he didn’t have any friends, that he was said to have expressed far right political views and a hatred of Muslims.

DAVID NEIWERT: Well, what the alt-right does is it tells these young men that there’s a reason your life sucks and it’s because of all these other people. I mean it’s really a classic far-right sort of scapegoating appeal, but it’s very effective, especially for young men in the gaming community and things like this.

One of the subreddits on Reddit is devoted a sort of alt-right toxic masculinity group called Involuntary Celibates, or Incels, yesterday was actually celebrating this young man as another hero that they could celebrate along the same lines as Elliot Rodger, the East Isla Vista mass shooter of 2015. And there have been a whole string of these guys.

The main thing that the alt-right’s selling them is what they’re telling them about why their lives sucks is primarily feminists, liberals, minorities, what they call cultural Marxism. Cultural Marxism, of course, was actually a whole cloth invention of the white nationalist movement. It’s not a real thing, but it is something that we certainly here a lot about these days. And these are, people are, young men are people with no history and actual understanding of history, are buying into this stuff.

And partly because it explains to them why their lives aren’t as good as they would like them to be. Why in the case of Involuntary Celibates, it’s why they can’t seem to find anybody to date or go out with or actually have an intimate relationship. And of course, none of these young men look inward to, well, maybe if I change my behavior and make myself more attractive I might do better in that regard, you know? But part of the toxic masculinity mindset is that they really believe they have all this coming to them. That the world owes them this. It’s an incredibly privileged and incredibly warped world perspective from my point of view.

AARON MATÉ: Dave, I want to go to a clip of Donald Trump’s response to the Florida high school shooter.

Donald Trump: We are committed to working with State and local leaders to help secure our schools and tackle the difficult issue of mental health. Later this month I will be meeting with the nation’s Governors and Attorney Generals, where making our schools and our children safer will be our top priority. It is not enough to simply take actions that make us feel like we are making a difference, we must actually make that difference.

AARON MATÉ: Yeah, so that’s Donald Trump speaking on the Florida high school massacre. Now, we know about Trump that he’s signed legislation that makes it easier for people with mental issues to purchase firearms. And famously, the White House blocked release of the photograph that shows him signing that measure.

But David, let me also ask you about the news at the top of the segment, which is that the FBI failed to heed two warnings, one of them extremely strong, talking about Cruz’s potential for carrying out a school massacre, and how that ties into overall Federal monitoring, or lack of monitoring I should say, of alt-right white supremacist groups. In your reporting, what have you seen when it comes to how seriously Federal law enforcement is taking this threat?

DAVID NEIWERT: Well I actually do think they take it fairly seriously, but there … First is really two major observations here, one is that if this young man had been named Abdul and was talking about Jihad, the FBI would have been on this guy like smell on poop. But, and that’s part of the real problem. I put together a database on domestic terrorism that we published in Reveal News last year that pointed out, essentially established very clearly, that actual domestic terrorism in this country happens primarily at the hands of right-wing extremists. By about a two to one rate.

And yet, our resources and investigative resources, the judicial punishments and sort of prosecutions that happen to right-wing extremists is very much minimal compared to what happens to Islamist radicals. So, there’s really a huge disparity there.

The flip side is, that I will say, there, the FBI has a really horrible phenomenon on its hands right now because this is actually happening at such a massive level that it’s really hard to discern, you know this kind of intelligence is flowing into them at such a constant rate, this guy was going to be one of probably thousands of similar reports that they were receiving about similar threats. I mean, it’s really become a tide and they’re having, I think they’re having a tough time sorting out which ones are real and which ones are not.

There’s a lot of, a lot of this is taking place on the internet, a lot of it’s through 4Chan or social media, and these places where people can really kind of go crazy because of the anonymity of the web affords them that luxury. And it’s, so I don’t know that the FBI could have done a whole lot. They certainly should have been on this guy, but he is one of literally hundreds of thousands.

AARON MATÉ: David, let me say quickly, that we do know that Trump has sought to cut millions of dollars from domestic counter-terrorism programs, there was the effort at the federal level to stop, or at least scale back the monitoring of white supremacist groups. So the impact of that in our ability to counter these threats and stop attacks like this?

DAVID NEIWERT: Well yeah. It’s very clear that the Trump administration, at least from the top down, doesn’t take this stuff very seriously. Fortunately, the FBI is still a viable agency that does its own work independently and they have been doing the proper sort of investigations that should be going on of right-wing extremists and domestic terrorism from right-wing radicals.

But, let’s also be clear that … I mean, part of the problem is the media. The media doesn’t pay any attention to cases of right-wing radicals and doesn’t treat them as that. The fact that Dylann Roof’s rampage in Charleston in 2016 was not treated, I’m sorry, 2015, was not treated as a case of domestic terrorism I think just tells us a lot about what’s happening out there in terms of both the media environment, the official environment and the way we, culturally, are thinking about domestic terrorism and these kinds of crimes. These kinds of terroristic crimes.

AARON MATÉ: David Neiwert, investigative journalist, and the Pacific Northwest correspondent for the Southern Poverty Law Center, author of several books, including his latest,  Alt-America: The Rise of the Radical Right in the Age of Trump.  David, thank you.

DAVID NEIWERT: It was my pleasure.

David Neiwert is an investigative journalist based in Seattle and the Pacific Northwest correspondent for the Southern Poverty Law Center. He is also the author of several books, most recently Alt-America: The Rise of the Radical Right in the Age of Trump.

What can Britain Teach the US About Curbing Gun Violence?

The War on Terror’s Toll, From Atrocities Abroad to Mass Shootings at Home