A bribery and money laundering scandal involving pharmaceutical companies that could cost Greece up to $23 billion has caught up with politicians from Greece's conservative and social democratic parties. Syriza's Ioannis Bournous explains what is known so far

A bribery and money laundering scandal involving pharmaceutical companies that could cost Greece up to $23 billion has caught up with politicians from Greece's conservative and social democratic parties. Syriza's Ioannis Bournous explains what is known so far 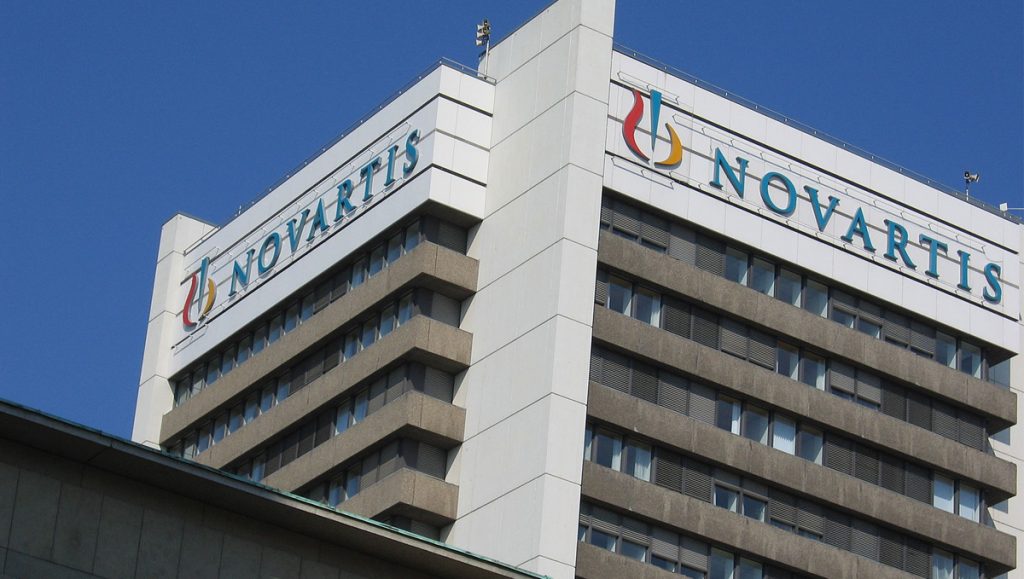 SHARMINI PERIES: Welcome back to my conversation with Ioannis Bournous. He is a member of the political secretariat of governing party of Syriza in Greece, and he heads the responsibility for European and international affairs. Welcome back.

IOANNIS BOURNOUS: Nice to be here.

IOANNIS BOURNOUS: Well, this was an investigation that actually started from here, from the U.S. and the FBI. And it involved Novartis pharmaceutical company, one of the biggest multinational pharmaceuticals. And the Greek government, the Greek justice system, first of all, they received the files of the investigation by the FBI. And actually, through this investigation it was revealed that the Novartis scandal includes two ex- prime ministers and eight ex-ministers of health care and economics in Greece coming from the right-wing Party of New Democracy and the Social Democratic Party of PASOK, who used to rule the country for the last four decades.

This is a huge scandal for Greece. It has been calculated that in the last 15 years the country lost 23 billion euro in scandals in the health care sector. And one of the major scandals is the Novartis scandal. What is currently happening is that the Greek parliament a few days ago voted by majority of the ruling coalition to form an investigating committee in the Parliament, because names of politicians are included in this file.

So this committee will investigate the data, the evidence, the numbers, and all the background of this research that had already been made in the U.S. and in other countries, and try to see if these political personnel of the previous government is really involved in the Novartis scandal. And what’s going to happen next is that the file will be returned from the Parliament to Justice, and then it’s the time of the judges to do the work, To advise-.

SHARMINI PERIES: And what is the Novartis scandal? What are these former politicians charged with and who else is involved?

IOANNIS BOURNOUS: They are charged with, they are involved in the process that also included money laundering, and the main, the core of the Novartis scandal is that the company was bribing political personnel, and also medical and paramedical personnel, in order to promote its pharmaceutical products in Greece against its competitors. And apparently this includes an enormous amount of money that have been circulating through communication and promotion companies, through press offices of the Ministry of Healthcare, and through purchases of huge amounts, for example, of vaccines that were never used in Greece. Numbers that exceed even the number of the total population of the country. So we’re talking about a big thing.

And you should take into account that this scandal was revealed and came into light in a country where the old political establishment, being either conservative governments or social democratic governments, has been punished for a number of big scandals over the last 40 years. So this is not by accident on the top of the agenda in Greece. This is not discussed accidentally in every house. Greek citizens want justice after all these years. And this is one of the main reasons that Syriza as an anti-establishment political project and political proposal came into power. It was not only the amelioration of the consequences of the austerity programs. It’s also the issues of restoring justice, restoring transparency, restoring democracy itself in Greece after all these years of arrogant, often arrogant clientele system that was never judged for its crimes.

SHARMINI PERIES: Putting Greece and the Greek people in a very difficult situation in the process. Now, what is the objective of the FBI in releasing these documents to Syria?

IOANNIS BOURNOUS: I can’t comment on that, because we can’t always know all the details. Apparently the FBI was notified or understood that something wrong was going on in the U.S., because the investigation started after the FBI found out that Novartis was, as far as I understood, was involved in, in an interaction with some pharmacy chains, drugstore chains in the U.S. for the promotion of two pharmaceutical substances, if I had understood well, for convincing patients to switch to these substances, to these products, and then convincing them to increase their refills every month. So this is where the investigation started from.

And then what came into light is an extensive number of cases of Novartis trying to manipulate the markets. And this included political pressure not only in Greece, but also as far as I understood in Turkey and China and in other countries. And they think that in these other countries there have already been measures against these political personnel that was involved in this scanda,l and now is the time was Greece.

SHARMINI PERIES: Wish you all the best, and I guess efficiency in bringing these scandals to some closure. I think it’s a, it would be an important victory for Greece, as so many other countries are tackling this problem. Ioannis, I thank you so much for joining us today. There’s so much more to discuss about Greece and the struggles of the Greek people.

IOANNIS BOURNOUS: More than pleased to join you again. It was a pleasure being here. Thank you.