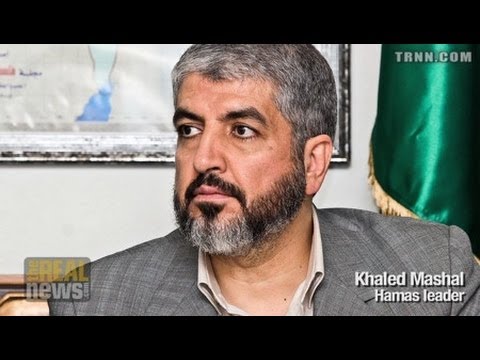 PAUL JAY, SENIOR EDITOR, TRNN: Welcome to The Real News Network. I’m Paul Jay in Baltimore. And welcome to this week’s edition of The Porter Report with investigative journalist Gareth Porter. Gareth is a historian and an investigative journalist, as I said. He works regularly for Inter Press Service on U.S. policy towards Iran, Iraq, Afghanistan, and Pakistan. This year he was awarded the Gellhorn Prize for Journalism. He’s a regular contributor to The Real News. Thanks for joining us, Gareth.

GARETH PORTER, INVESTIGATIVE JOURNALIST: Thank you, Paul. Glad to be back.

JAY: And Gareth joins us from our studio in D.C. So theâ€”obviously, the big story this week is Gaza. You’ve written about this many times before.

PORTER: Well, I’ve written a few times. And, of course, what this current crisis in Gaza, the war launched by Israel in Gaza this past week reminds me of is Cast Lead, the operation of JanuaryÂ 2009. The parallels between the two are, in my view, really quite striking, primarily because the Israelis felt so free to launch a major air attack against Gaza with, obviously, the knowledge that they were going to create hundreds and hundreds of casualties, primarily civilians, because they knew that they can say, they could make the argument that they had to do it because they were taking rocket fire from within Gaza.

And the story that I did four years ago, just precisely four years ago in January, was one that revealed that in fact Israel had rejected a Hamas proposal for a ceasefire, which was recapitulating, essentially, what had beenâ€”not just essentially, but precisely what had been agreed to by Hamas and Israel previously. And the Israelis didn’t want to have anything to do with it because they were so determined to use force.

And the history of that incident, I think, is approximated, once again, in the current situation, because we now know that the Israelis assassinated the man who had received a ceasefire proposal from a mediator, an Israeli mediator, who had been involved in mediating the return of Gilad Shalit, the Israeli soldier who had been in Hamas hands for some years. And he was in fact working with the Egyptians and Hamas on a ceasefire proposal, which was received by General Jabari, the commander in charge of the question of rocket fire and ceasefires with Israel just hours before he was assassinated. So I think we have here, essentially, one of those historical rhymes. It’s not exactly the same situation, but very, very close to it.

JAY: The Israeli position on Gaza really always has been they want Gaza to be Egypt’s problem. They don’t want Gaza part of a possible two-state solution. At least, they certainly don’t want a Gaza with Hamas leadership as part of any kind of two-state solution scenario. And this seems to be a furthering of this plan. And now, with Muslim Brotherhood in control of Egypt and Qatar getting even more involved in the situation, perhaps this tack is intended to kind of push that ball further down the field, which is, you know, don’t make Gaza liveable unless Gaza becomes not part of a Palestinian state and not under Hamas, and push it into maybe Egyptian suzerainty of some kind.

PORTER: Well, certainly the Israeli view is that the Egyptians are required to help Israel make sure that Hamas cannot gain the wherewithal to basically defend itself against Israel or to deter any Israeli attack. The job of the Egyptians and the view of the Israelisâ€”and, of course, of the United States as wellâ€”has long been to prevent Hamas from either having the ability to have a internal economy that can support the population of Gaza reasonably by keeping the level of inputs from outside to a minimum, and also, of course, preventing, as I said, Hamas from having any military capability whatever.

So this current war is throwing a very bright light on the inequity, the fundamental inequity in the structure of the global system. Essentially, the fate of Gaza is in the hands of the Egyptians to a great extent, and the Egyptians are dependent, thus far, at least, on the United States and its capitalist allies around the world to have the wherewithal to prevent a serious deterioration of the Egyptian economy.

And that’s why one has to wonder whether the outcome is not going to be anotherâ€”a continuation of the status quo as we have seen it play out in the past, that is to say, there will be no opening of the entrances into Gaza, as the Hamas and the people of Gaza have been demanding for years, and there will be severe constraints on the Hamas government as a result of this ceasefire.

JAY: Alright. Thanks for joining us, Gareth.