Making a killing from the food crisis

While people around the world are suffering from hunger and protesting the rise in global food prices, major grain traders, such as Cargill, are reporting big profits. Making a Killing from Hunger, a report by international NGO, GRAIN, says that the global food crisis is more than a food shortage or a price blip, it's a structural meltdown, resulting from globalization and neoliberal policies.

While people around the world are suffering from hunger and protesting the rise in global food prices, major grain traders, such as Cargill, are reporting big profits. Making a Killing from Hunger, a report by international NGO, GRAIN, says that the global food crisis is more than a food shortage or a price blip, it's a structural meltdown, resulting from globalization and neoliberal policies. 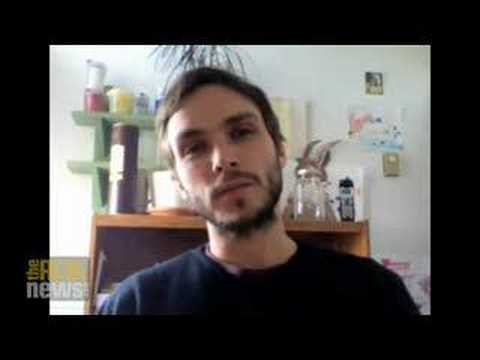 VOICE OF ZAA NKWETA, PRESENTER: Global food prices continue to soar, causing hunger and rioting in many parts of the world. But according to a recent report by international NGO GRAIN, there is another side to the story. The report, "Making a Killing from Hunger," says big profits are being made by several food corporations and investors. Devlin Kuyek, a lead author of the report, finds that the problem is more than a food shortage or a price blip; he says the food system is experiencing a structural meltdown.

DEVLIN KUYEK, RESEARCHER, GRAIN: The food crisis is essentially a structural problem. It goes much deeper than this kind of perfect storm scenario that a lot of people have been painting. It has to do with three decades or more of structural adjustment programs, trade liberalization policies that have forced many countries to dramatically alter their food production and to shift to becoming, in many cases, import-dependent. So there’s been this move to push production into places that they say is more efficient, and the advice given by agencies like the World Bank and the IMF has been to say, "Let others look after your food production. They can do it more efficiently. You focus on other things." There’s the example of Haiti and how it used to be, three decades ago, self-sufficient in rice. It was told to open up its markets by the IMF and its donors. Cheap rice flooded in from the US. It undercut local production; a lot of that declined. So Haiti is put in a position where now it’s dependent on imports from the US. And when you get this escalating market prices, of course, the country and large numbers of poor people who live there are extremely vulnerable. And we’re in a situation today where the food crisis is really not even a problem with supply; it’s more a problem of price, and people can no longer afford to buy it. You’ve got a shift also in production, the type of agricultural production. Governments have pursued policies to industrialize their agriculture, and this has made agriculture highly dependent on inputs, so whether it’s seeds, chemical fertilizers, or machinery, and often dependent on petroleum for production as well. And in the midst of all this, in the global food system that’s been created over the last few decades, we have some corporations that sit in the middle of it all and who really have taken a stronger and stronger position in managing the food system. They’re the ones who are profiting immensely now from this food crisis. So even though we’re in a situation where millions of people can no longer afford to fulfill their basic food needs, you have corporations making record profits, a company like Cargill, which is one of the world’s biggest grain traders. There are only a small number of companies that control the trade in basic cereals, and Cargill’s one of these companies. And its profits are higher than they’ve been in years. Right now, Cargill’s making approximately $471,000 an hour in profits. Cargill’s also one of the world’s largest fertilizer companies. And so in a time like this where countries are desperate to increase their food production, Cargill and other fertilizer companies are taking advantage of this and boosting up the prices that they’re charging for the fertilizer. I mean, in some cases they’re doubling, almost tripling the prices that they were asking for last year, which were already high. Cargill’s profits from fertilizer are also topping, you know, $2 billion from last year alone. And then, of course, you have companies like the seed companies, the Monsantos and Syngentas and Duponts, who have been taking an increasingly large share of the global seed market through policies of privatization, through the expansion of GM agriculture, genetically modified crops, and they too are raking in enormous profits. Monsanto’s profits, I think, from last year are up about 44 percent. This is a situation we’re seeing across the board. It’s hard to imagine how you could look at the current scenario and say, well, we need more globalization, we need more trade liberalization. It makes much more sense in this kind of situation that countries get back to basics and start looking at how they’re going to satisfy the food needs of their people and not be so dependent on exports and on the world market, not be dependent on a market where corporations can essentially make as much profits as they want, especially in crisis times, when the need is higher and the demand is higher, when people are more desperate. I think if anything we need a complete rethink of the model that we’re in.

Devlin Kuyek is a researcher on global agribusiness for GRAIN, an international NGO which promotes the sustainable management and use of agricultural biodiversity. He is also the author of The Real Board of Directors: The construction of biotechnology policy in Canada, and Good Crop/Bad Crop: Seed Politics and the Future of Food in Canada .