Obamacare: A Stepping Stone or Barrier to Single-Payer?

A single-payer system would save the federal government the equivalent of the Pentagon's budget, says Black Agenda Report's Glen Ford

A single-payer system would save the federal government the equivalent of the Pentagon's budget, says Black Agenda Report's Glen Ford 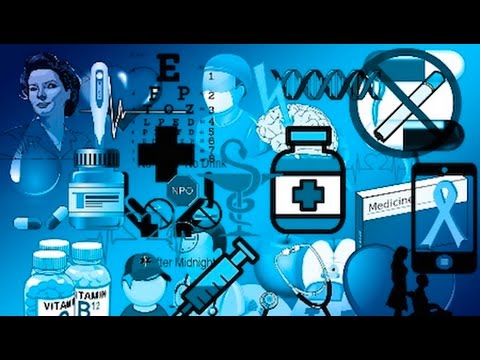 The signature legislative achievement of the Obama administration is the Affordable Care Act otherwise known as Obamacare which passed congress in 2010 with a very slim bipartisan margin and it has been under scrutiny and under attack from both the left and the right. Now progressives decried the lack of a public option while conservatives in congress have literally tried repealing the law dozens of times. Now in recent days, critics on every side of the isle have been doing a little bit of I told you so after the Department of Health and Human Service announced recently that premiums on the Obamacare insurance marketplace will rise on average about 22% next year.

Joining us to discuss this all the way from Plainfield, New Jersey is Glen Ford. Glen Ford is the co-founder and executive editor of the Black Agenda Report and the author of The Big Lie: An Analysis of U.S. Media Coverage of the Grenada Invasion.

Glen, thank you so much for being here.

GLEN FORD: Thank you for allowing me.

BROWN: So Glen, this news definitely undermines or at least undercuts President Obama’s signature achievement of getting the affordable care act passed. Now everyone who has signed up for health coverage under Obamacare is not going to see their premiums and subsidies rise. But a good many people are. What are your thoughts about it?

FORD: I think that the only way that you can defend Obamacare, certainly from the left, is to say that it’s better than nothing. This is what President Obama offered the public when most folks in his own party were demanding something. Something being single payer. But we got what we call Obamacare. And President Obama now says that most people are going to be pleasantly surprised at just how affordable their premiums are going to be despite these dramatic rises in the costs, the premiums that are being charged by these insurance companies. And that they’ll be pleasantly surprised because they won’t have to pay most of those rate hikes out of their own pockets because those rates have been subsidies by the federal government. That is the centerpiece of Obamacare.

Obama does as you say, consider this to be a success. His biggest success of his presidency. But really what he’s done is put a Band-Aid on the real healthcare crisis that exists in the United States while allowing the 5 major insurance companies to continue to make their record profits and allowing the drug companies to continue to charge extortionist world extortionist prices for their drugs. This is what could have been, should have been and in fact was predicted back in 2009 when we had this debate about healthcare.

During this debate those democrats who were pushing for single payer were pushed off the scene. They were not allowed into White House town hall conferences. It was no secret. Everybody knew. Everybody reported on the fact that the people who were writing that bill as it went along, as it evolved over these 4 or 5 months, that those people were lobbyists for the insurance companies and the drug companies.

So of course, we were going to get a bill that protected the interests of the insurance and drug companies. The only protection that the public got, that is a segment of the public anyway, that their costs would be subsidized by the federal government. Therefore, the rise, the constant rise, the crazy inflation in the cost of drugs and the crazy inflation in the cost of the insurance, those problems that lie at the core of the US healthcare crisis and which also separated from the rest of the world.

Those problems were not even tackled at all. The problem at least as the Obama administration saw it was how to save the profits of the drug companies and the insurance companies and how would one protect them from these rising demands for single payer which for the last 3 or 4 decades has commanded around 60 and sometimes approaching 70% approval from the public and about 80% approval from President Obama’s own party.

Obamacare was always a republican concept hatched at the heritage foundation put forward by Bob Dole in 1996 and Mitt Romney implemented by him when he was governor of Massachusetts. All of this of course came out in the wash in one of those debates between Romney and Obama in which they had no difference on healthcare. So, this is as you said, a bipartisan bill although it was not passed in 2009 in bipartisan fashion. Not one republican voted for it but it was a republican idea. Single payer is still the idea that progressives in this country are pushing. Studies have shown that a single payer system would save 500 billion dollars a year. That’s half a trillion dollars a year. That is the Pentagon’s budget every year. That would be a profound economic change in this country as well as a moral and simple healthcare coverage change in this country. It would allow the United States to finally put at least 1 foot inside the community of civilized nations. But the democratic party and the republican party are not civilized political parties. They are concerned not with the health of the citizenry but with the political and economic health of the corporations that they represent.

BROWN: Now Glen, help us figure this out because by looking at it pretty simplistically, it would seem that the Affordable Care Act, also known as Obamacare, was actually delivering tens of millions of new costumers, new patients to the insurance companies. People who did not have health insurance were obligated to pick up insurance and some of them were on subsidies and some of them were not. But it seems as though the insurance companies were rather determined by their actions that this policy was going to fail. Even though it brought new people, new costumers into their fold.

FORD: Well they tried to gain their own plan. Yes, to create an even larger captive market of folks who have to buy a product even though as now exist in some state where there is only one seller in the market, you have to buy that product. Well that is the monopolist dream. Of course they supported that. But they always try to gain systems. Even the systems that they write. They try to take ever advantage and they’ve been on both sides of the issue. After all that’s what insurance companies are. They are betting machines. They go with the odds and they put their political weight in order to make the odds in their favor. Depending upon what their needs are at different times. But there can be no ambiguity about who has benefited from Obamacare most of all and who is protected most of all and who is coerced most of all.

BROWN: So Glen that leads me to my next question. So, who benefits from Obamamcare’s demise?

FORD: Well if there is an alternative we all benefit from the demise of Obamacare. One of the most cogent arguments that were made in 2009 against Obamacare and against the argument that it was a stepping stone to single payer was that it’s so entrenched the insurance companies especially but also the drug companies and much of the rest of the healthcare private sector. So entrenched them in governmental structures, them and their many millions of employees, that once you have put them into this huge money stream how are you going to get them out without causing massive dislocations which is always a difficult political job.

So rather than being a stepping stone to single payer and that’s what the apologists for Obamacare was and still say it is, it could be a Chinese wall, insurmountable. That’s what the corporations that benefited so much would like it to be. Because they can keep on fiddling around through their political emissaries in the democratic and republican parties and make little fixes, all of which will require more federal subsidies but now basic changes in who owns healthcare which is the monopolist.

BROWN: Alright, we’ve been speaking with Glen Ford. Glen is the cofounder and the executive editor of the Black Agenda Report. He’s been joining us today from Plainfield, New Jersey. Glen as always, we appreciate your time and your comments okay?