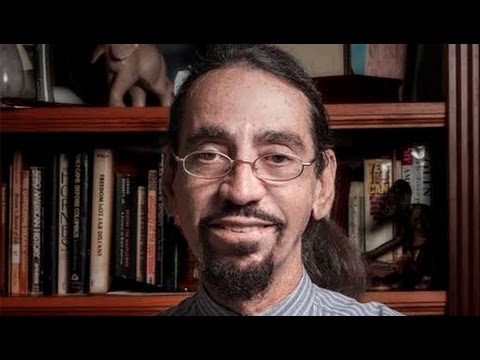 The Democratic Party Drafting Committee will be meeting this week in Orlando to finalize the party platform before the convention in Philadelphia. Several progressive measures proposed by Sanders appointees on the committee have been rejected, one of which was ending the Israeli occupation of Palestine. Cornel West put that argument to the committee most articulately, and here’s a clip of what he had to say.

CORNEL WEST: A commitment to security for [precious] Jewish brothers and sisters in Israel can never be predicated on an occupation of precious Palestinians. If we’re concerned about security, it seems to me we’re going to have to talk seriously about occupation. I don’t know whether you would allow the use of that. Or you know, New York Times, we got to put in inverted commas. You know.

No, occupation is real, it’s concrete. For too long, the Democratic Party has been beholden to AIPAC. They didn’t take seriously the humanity of Palestinian brothers and sisters. We’re at a turning point now, and of course it’s going to be a slow in the democratic party, but some of us will be working outside the Democratic Party to make it quicker. And that’s why I support the BDS. Not because I think it’s anti-semitic. We’ve got to fight anti-semitism, anti-Jewish hatred. It goes hand-in-hand with every Christian civilization, and many Islamic civilizations. It’s wrong. It’s unjust. But that cannot be the excuse of in any way downplaying the unbelievable misery that we see in Gaza and West Bank and other places.

JAY: Well, as a kind of answer to Cornel West, 60 African-American members of the Democratic Party, many of them elected officials, subsequently signed a letter to the Democratic National Committee denouncing the use of the term “occupation”, something that Cornel West had proposed. Describing Israel’s settlements as illegal, they denounced that. The letter was written by Bakari Sellers, a lawyer, Clinton surrogate, and a CNN commentator. Some of the people that signed that letter are, for example, the council president of Birmingham, Alabama, Johnathan Austin; Senator Oscar Braynon, Miami Gardens, Florida; Councilman Andre Dickens, Atlanta, Georgia; Councilman Amanda Edwards from Houston, Texas, and many more. Apparently around 60.

Now joining us from Plainfield, New Jersey to discuss this letter is Glen Ford. Glen’s the co-founder and executive editor of Black Agenda Report. Thanks for joining us, Glen.

GLEN FORD: Thank you for the opportunity.

JAY: I’m going to read a bit of the letter, but just before we do, tell me, who is Bakari Sellers, and what do we make of these 60 people who signed this?

FORD: Well, he’s the things that you said he was. He’s a former state representative from South Carolina. One of the things that you didn’t list was that he is a longtime member and activist with and operative of AIPAC, the American Israel Political Action Committee. They are a lobby organization. And this was, basically, a mission on behalf of AIPAC to make sure that the Bernie Sanders folks didn’t get a plank in the platform that was critical of Israel. So his membership in AIPAC is very important to this story.

JAY: Okay. Well, let me read a bit from the letter. I’ll read a couple of paragraphs. It’s a three-page letter. Mostly it’s quotes from Secretary Clinton praising Israel and the relationship. For example, in the letter, it says: “Secretary Clinton as presidential candidate, secretary of state, U.S. senator, and first lady, has long understood and nurtured America’s ties with Israel.” And she said, speaking of the U.S.-Israeli relationship: “The alliance between the two nations transcends politics. Though not always the focus of attention, it’s with Israel that America shares the democratic values that define these two great nations.”

Let me read a little bit more from the letter, here. Maybe this is really what the letter is about, because it directly contradicts what Cornel had said in his pitch to the platform. The letter says: “Since the last platform was approved, anti-semitism has been on the rise, and it has taken a new form: the boycott, divestment, and sanctions movement known as BDS. The BDS movement is an effort to bypass direct negotiations between Israel and the Palestinians, and instead use economic and political pressure to force unilateral Israeli action on issues that must be resolved through talks.”

Secretary Clinton has said, quote: “We must repudiate all efforts to malign, isolate, and undermine Israel and the Jewish people. We have to be unified in fighting back against BDS.”

Glen, that seems to be the real objective. BDS seems to have struck a nerve, as you say, in terms of AIPAC. And the role of these 60 people who joined Sellers to try to refute this issue.

FORD: Yes, Israel has made combating BDS, the spread of the boycott, divestment, and sanctions movement around the world, a major priority of Israeli policy, especially in the United States. So this was a part of that offensive, which of course coincides with Hillary Clinton’s campaign. She’s taken a position against BDS.

But the way this game goes is you send a black man to discredit another black person. So the person to be discredited was the person whose clip you played earlier in this program. That is, Dr. Cornel West. And AIPAC sent its member and longtime activist, he’s been in AIPAC since he was 22 years old at Morehouse College in Atlanta, he sent him, armed with these signatures from lifelong Democrats, to show that or give the impression that black folks were opposed to BDS, as well.

JAY: And what would motivate 60 members of the Democratic Party, African-Americans, many elected officials–it seems a lot of them are from the South. Not exclusively, but maybe the majority. What would motivate them to want to sign this thing?

FORD: Well, you know. Really, it would be news if you could find 60 lifelong Democrats who were officeholders who could sign a letter that denounced or severely criticized Israeli policy. That’s what’s scarce as hen’s teeth. People are afraid to do that. There are over 10,000 black elected officials in the country, and you have trouble finding more than three figures’ worth who would sign that kind of letter. You can get any one of them to sign a letter that is praiseworthy of Israel.

And to make that point further, back in 2014 while Israel was busy slaughtering 2,000 people in Gaza, the entirety of the Congressional Black Caucus went along with a House resolution that basically praised Israeli policy. It was a sign of solidarity from the United States House of Representatives with Israel during that period. So what’s scarce is people in the Democratic Party who are black, who will stand up to Israel.

JAY: It’s kind of an interesting paradox, in a sense. There’s a rising tide amongst young black activists across the country who have expressed black lives matter and black resistance to police violence, and drawn the connection to Palestinian struggle against violence. Israeli police violence and army violence against Palestinians.

So amongst young blacks there seems to be a clearer support, many of them, a clearer support for Palestinian rights. And including young blacks who have been involved in the Sanders campaign. But do you think these 60, and according to you thousands more who would probably have signed if called, this is something they believe in? Or the Democratic Party machine calls, and you answer?

FORD: Well, you certainly–if the Democratic Party machine calls, you answer. But in terms of Israel, if AIPAC looks at you, you bow your head and hope that they don’t look at you too closely with an evil eye. People are afraid of AIPAC. They are terrified. It’s not just black folks.

You know, you were talking about this resurgence of youthful black political, and much of it radical, activity. The timeline in terms of Israel most folk think goes back to 1967. In 1967, SNCC, the Student Nonviolent Coordinating Committee, came out with a position in solidarity with the Palestinians. 1967 is the year of the Six-Day War, when Israel seized the West Bank and occupied it, and also East Jerusalem. So SNCC came out with a statement of solidarity with the Palestinians. And that is usually marked as the beginning of a widening, deepening split between Zionists and many black activists.

And what’s interesting about that is that Bakari Sellers’ father is Cleveland Sellers, who was a top official in SNCC at the time. He was wounded by police at what’s now known as the Orangeburg Massacre in 1968. Three students were killed. And so in terms of his personal heritage, Bakari Sellers hails from a family and an organization–that is, his father’s organization–that made solidarity with the Palestinians, and provoked the ire of the Israelis. And now he’s a lifelong member, has been a member of AIPAC, for almost his entire adult life. And he says that his biggest campaign contributions, his most success in fundraising, has been due to his membership in AIPAC.

FORD: Yeah, that’s the story. And AIPAC is not shy about bragging when it brings a politician down. It likes to take credit. It’s kind of like the ISIS of politics. When they get you, they claim credit for it to terrorize anybody who might want to step politically to Israel in the United States.

JAY: But as I mentioned, across the country there’s a lot of young black activists, and maybe perhaps becoming politicians, who don’t seem to have, share that fear.

FORD: That is true. And it always has been true. And that’s why I remarked about SNCC’s declaration of solidarity back in 1967. AIPAC belongs to, about 12-14 years ago, a massive recruitment drive on black college campuses in order to influence, to be a counter-influence, to a black, pro-Palestinian, solidarity with Palestinian opinion. That’s when [AIPAC] met Bakari Sellers, who was about to be elected president of the student body at Morehouse. And he’s been an operative of theirs, and I think it’s fair to use that word, on a national body of AIPAC. He’s been an operative of theirs for years. So his, his mission, his letter to the DNC, should also be interpreted as an AIPAC letter.

JAY: All right. Thanks very much for joining us, Glen.