Hezbollah and the Modern History of Lebanon Pt.9 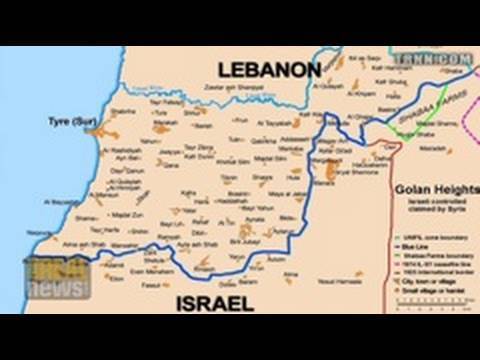 TRABOULSI: Well, two reasons. First, they had lost heavily. I mean, that’s one thing which should be emphasized. Hezbollah, which by the beginning of the ’90s had become the sole resistance organization, is very well trained and very well armed, with great financial resources, whereas the left simply stops or is forbidden to carry on operations by [inaudible]

JAY: Where do these financial resources come from?

TRABOULSI: Mainly from Iran, but also from Shiite communities all over the place. And behind Hezbollah is the political and security and military power of Syria. So Hezbollah is adopted by the Syrian government as the only resistance movement. Of course, the Syrians have a obvious stake in it, the idea that you put military pressure on the Israelis through Southern Lebanon with the hope of liberating Southern Lebanon, the Golan Heights. So there’s a lot of successful operations, there’s a lot of shaking of the surrogate army, the army of South Lebanon.

JAY: This is the army that essentially is a right-wing army allied with the Israelis.

TRABOULSI: Yep. Mixed, though, Christian and Shiitesï¿½and Druze, one should say. The majority of the officers are Christian, but the army itself is mixed. Anyway, this army is weakened and the Israelis are being [inaudible] hit by the fighters of Hezbollah. This is on the military level.

JAY: Now, at the military level, is Hezbollah doing anything that actually reaches Israel? Or the fighting is all in Lebanon?

JAY: Remind some of our younger viewers. President Assad is the president of Syria.

JAY: So Golan Heights is Syrian territory that’s been occupied by Israel.

TRABOULSI: Sixty-seven, 1967. And so the attempt to peacefully negotiate collapses, hence the Israeli decision to free themselves of Syrian pressure through Lebanon. So they say: better withdraw from Lebanon then have to lose both Lebanon and the Golan Heights. That’s the choice. But that choice could never have happened was it not for a very high level of casualties in the Israeli army and the near collapse of the surrogate army. And, in fact, once the Israeli army withdraws from South Lebanon, the militia, the South Lebanese Army militia, simply collapsed, which is a great victory for the Lebanese people, not only for all the resistance, all those who resisted, and also for Hezbollah.

JAY: Now, there must be a lot of money being made in the midst of all of this, starting with whoever’s selling the arms to all sides.

TRABOULSI: The whole history of the Lebanese war from ’75 onwards is a whole enterprise of arms sale. Now, at the beginning, the role of private arms sale was important. But with the development of the war, states intervene. And so there’s always a surplus arms, there is always surplus arms in the hands of the Lebanese militias. So a lot of money is being made by intermediaries between states and the militias [inaudible]

JAY: And as happens in so many places, so much of the drug money winds up as arms-purchase money, so this flow of drug money to arms sellers.

TRABOULSI: This is not exactly the scheme in Lebanon, actually. The Lebanese were quite favored by a number of states. I mean, dozens of states simply not sold, sent arms to Lebanon.

JAY: ‘Cause those states are buying the arms from somebody.

TRABOULSI: No, I mean some of them are stocks. I mean, during the early time of the war you hadï¿½yeah, you had oligarchies financing arms sales by the Lebanese force, by the Phalangists, definitely. But you have Soviet arms to the left, to the Palestinians. You had Syrian arms. You had, later, Iranian arms come through Syria. So once you’re talking about big artillery and things, [inaudible] no more talking about individual intermediaries, so you’re talking about state to militia, of course, there is the transport, there are the middlemen, what have you. So, of course, it’s a huge story, the story of arms sales. But more importantly, actually, the warlords made a lot of money off getting free armament from the states and selling them. Now, we know that especially what you’re talking aboutï¿½heavy artillery, you’re talking about half-tracks, you’re talking about missiles, you’re talking about sophisticated weaponryï¿½all those actually were not handed over to the Syrians; most of them were sold to other places. So we know that the Lebanese forces and the Socialist Party of Walid Jumblatt sold a lot of their heavy armament to Yugoslav protagonists, for example. A lot of money, of course, was made by the warlords, by their very immediate collaborators, in selling arms which they had not even bought, which came free, not to speak of ammunition, etc. Yeah, definitely.

JAY: So the Israelis withdraw in 2000. Then we enter a new period. So talk about this. And in terms of Hezbollah’s now influence and position in the country, they’re seen as the victors, the only force that can push the Israelis out. And to what extent does Hezbollah take up any actions against Israel after they withdraw?

TRABOULSI: In terms of the Israeli occupation, you had three things. You had, first, a chunk of Lebanese territory, which was called Shebaa Farms, from which the Israelis did not withdraw. You have Lebanese prisoners in jail. And you have the millions of bombs and shrapnels and mines left on Lebanese territory. So the Israeli establishment refused to withdraw from the Shebaa Farms, on the assumption that since they hold one part of Lebanese territory, they could say, "We will negotiate." Israel would withdraw from Shebaa Farms. The Syrian army should withdraw from Lebanon. And you had UN resolutions to that effect. So that was one obvious reason. The other was an ambiguity about Shebaa Farms themself. Shebaa Farms were Lebanese, but after the first Arab-Israeli war, 1948, the owners were still Lebanese, but sovereignty, if you want. The small police posts in it were Syrian. When Israel occupied the Golan Heights in 1967ï¿½and the Shebaa Farms are an extension of the Golan Heightsï¿½the Lebanese government thought that they don’t want to claim Lebanese territories occupied by Israel, under the philosophy that they don’t want to come under the UN Resolution 242, which is the exchange of land for peace. They thought, Lebanese rulers of that time, that they are safe within the boundaries of the armistice agreement of 1949. We don’t need to have to sign a peace treaty. We don’t claimï¿½. Now, after the year 2000, the Syrians claimed that this is Lebanese territoryï¿½one way of saying that resistance is continuing. Anyway, so there was thisï¿½Hezbollah made a number of operations against the occupied 20, 25 square miles, but that was not serious resistance. The other thing was this idea that they developed and performed well, which is we kidnap Israeli soldiers and negotiate Israeli soldiers in return for our prisoners. We had hundred of prisoners. It worked once when the Israelis accepted. The second time that Israelï¿½it was done, and that’s in the year 2006, the Israelis, rather than do the classical four-day strikes against Lebanon, now launch an overall war. And that’s how we enter into the July 2006 war.

JAY: Okay. So let’s pick up on that in the next segment of our interview. Please join us on The Real News Network.