Hezbollah and the Modern History of Lebanon Pt.3 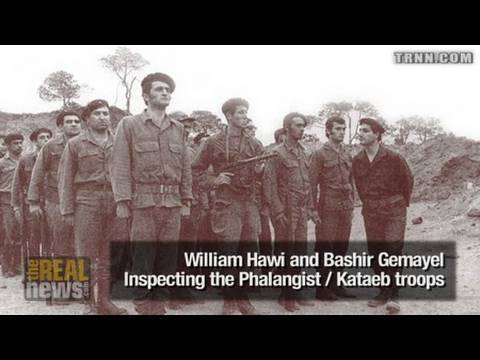 PAUL JAY, SENIOR EDITOR, TRNN: Welcome back to To The Real News Network. I’m Paul Jay, coming again from Beirut. And joining us again is Professor Fawwaz Traboulsi. He’s an associate professor of political science and history at the American Lebanese University and at the American University in Beirut. And his recent book is A History of Modern Lebanon. Thanks for joining us again.

JAY: So in 1970, the Jordanians, as you said, wage a bloody war against the PLO fighters and Jordan, and many or most of the fighters end up in Southern Lebanon. So you now have this militia fighting with Israel, but it also becomes an important piece of the domestic politics of Lebanon, with a lot of guns. At the time, other militias start to develop. So talk about the development of why these contradictions in Lebanon turn into a bloody civil war.

TRABOULSI: Well, to start with, very quickly, the presence of the Palestinian fighters allowed the right-wing parties, especially the Phalangist Party [inaudible] to shift all the problems of Lebanon to a problem of sovereignty, which was very convenient since their main position was was no reform, security is the [inaudible] if you want, which is a typical, you know, semi-fascist way of dealing with things, security, security.

JAY: And by "sovereignty" they mean sovereignty from the Palestinians, not from Israel. They’re actually allied with Israel.

TRABOULSI: They’re not yet; they’re not yet allied with Israel. But, I mean, the important thing, if you want to put it in another way, a very strong, bitter crisis, social crisis, now is catalyzed by the existence of the Palestinian fighters, in the sense that the army, which had consistently been under an official policy of we are not responsible for the Arab-Israeli conflict, we are not related to itï¿½and hence we had an army which was neither an army that could defend the borders, but worse than that, had played an increasing role in internal repression. And when I talked about the social movements, 1972, the failures of all attempts at reform, and then we have a cabinet which takes a strong position: no reform; repression. And so you have two famous instances of the army and the security forces shoot at a huge strike of workers in the suburb of Beirut, at an agricultural rally in Nabatieh by tobacco growers. And so there’s blood. And the armyï¿½and at a time when Israel is bombarding the Lebanese villages and the camps, the army is playing that role. So you have a big paradox. So in fact the Lebanese split between two camps, one the camp of order, law and order and the status quo, the Constitution is sacred, no reform, and on the other hand a strong urge for reform and for the defense of the country, if you want. This is the split that will lead quickly to the creation of the Phalangist militias, which would start ’72, after the pretext that the army has been neutralized, it’s not performing its role, and repressing either social movements or in disarming the Palestinian commandersï¿½we are the surrogate army, we are the militias to help the army. Of course, that would lead to the first clashes between the Lebanese army and the Palestinian commandos, which will lead the left to start arming themselves.

JAY: What year are we talking about?

TRABOULSI: We’re talking about ’73 onwards, ’72, ’73 onwards, so during those three years, despite the fact that the country is still in a mode of social problems. But the big divide now is reform. The left proposes a democratic regime, secular, anti-abolition of the sectarian system, one man, one vote, equality between the Lebanese, what have you, civil marriage. That was the vision of the left and the role of the army in the defense of the country, because the army, under the political leadershipï¿½. And I must remind that the president of the republic at that time had full constitutional powersï¿½he was the head of the executive, he was commander-in-chief of the army, he formed cabinet and dismisses it, and he was unaccountable for his actions. So we’re talking about a constitution which gave the Maronite president full powers, and those were exercised. And he was, of course, the real leader of the army; I mean, the army commander-in-chief was responsible to him directly. So you’re talking about an army now which has lost its real role as national defense, has become more and more a law-and-order army, with a country split along mainly sectarian lines and a growing sympathy by the left and the majority of the Muslims for a substitute army, if you want, which is the Palestinian organization, which is the armed forces of the PLO.

JAY: Now the president’s relationship to the wealthy families who, as we talked in the first segment, now own the banks and most of everything else.

TRABOULSI: Actually, very interesting, because in Lebanon the real center of representation for the bourgeoisie has been, traditionally, the president of the republic and the executive. It will later becomeï¿½in the ’90s they will venture into parliamentary representation. This has started because with the independence you had a number, a very close number of families which took over the economy, mainly merchant, financial families, and allied by business relations to the first president. So you have this tradition that the bourgeoisie intervenes in politics through the office of the president. So your question leads me to say that that president you’re talking about, just on the eve of the war, President Frangieh, was very much related to those interests, and this is how he himself sabotaged a cabinet he formed of mainly reformers, 1972, aspiring democratic liberal reformers, of all fields, actually, which he brought to power and who proposed educational reform, who proposed social security, health security, who proposed the defense of the Lebanese industries. All those were simply sabotaged by the president himself. And he even dismissed three of his own cabinet. And that was the end of any attempt in Lebanon to meet popular demands by reform, by any kind of reform.