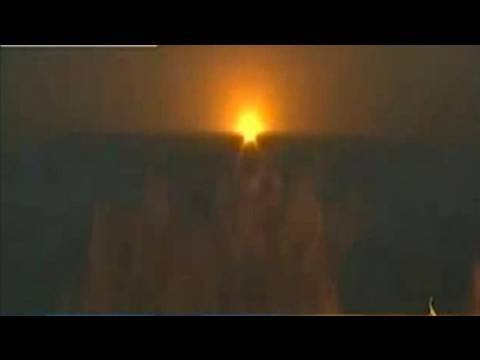 PAUL JAY, SENIOR EDITOR, TRNN: Welcome back to The Real News Network. I’m Paul Jay in Beirut, and we’re continuing our series of interviews on the modern history of Lebanon. We’re joined again by Fawwaz Traboulsi. He’s a professor of political science and history at Lebanese American University in Beirut, and he’s the author of A History of Modern Lebanon. Thanks for joining us.

JAY: One of the moments of the war that we hear, as we’ve been in Beirut, people talking about is one point during the war where Nasrallah, the leader of Hezbollah, is making a speech and tells people to look out to the sea.

HASSAN NASRALLAH, SECRETARY GENERAL, HEZBOLLAH (SUBTITLED TRANSLATION): Now … in the middle of the sea opposite to Beirut, the Israeli military warship which assaulted our infrastructure, look at it … burning.

JAY: Can you talk a bit about that moment?

TRABOULSI: Yeah. I mean, it was a very enthusiastic event, quite media-tized at the same time, because they had not only managed to bring surface-to-sea missiles, but managed to hit, actually, in a very capable way, from the first rocket, a small destroyer, a smallï¿½.

JAY: If I understand it correctly, Nasrallah in his speech, which was being televised, tells everyone, anyone near the ocean to go look out at the boat, and as he points, they’re able to actually blow it up and sink the boat.

JAY: And when we’ve been in Beirut last few days, whether we’re talking to Shia, Sunnis, or Christians of various types, everyone talks about that moment with pride.

TRABOULSI: Yeah, yeah. Of course, I mean, there were as-important events, which is the resistance of the villages themselves, where also networks of underground tunnels were used, were linking houses together, was used to go around the Israeli patrols entering the town. So you haveï¿½but moreï¿½I mean, I’d give equal importance to the fact that this invincible tank, or the Merkava, which has been foolproofed against any antitank weapons, I mean, you had 40, 50 of them in one battle simply being torn to pieces in the Marjeyoun region.

JAY: What was the attitude from the section of the elite that’s connected to the Americans, the Sauds, the Hariri section? How did they feel about all this? It must haveï¿½.

TRABOULSI: It should be said that Saudi Arabia took a very obvious position against Hezbollah and, if you want, pro-Israel. Many of the Fourteenth of March [March 14 Alliance], which is the pro-Western alliance, if you want, were quite sure that Hezbollah was going to be defeated. And so the two things: blame them for the war, and was waiting for the hour of victory [sic]. Unfortunately, it did not cameï¿½unfortunately for them, of course. So that, too, was a big blow, includingï¿½especially for the Saudis, who have taken a clear position against what Hezbollah did, excusing it of adventurism.

JAY: Nasrallah admitted that there was a mistake to kidnap the Israeli soldiers, did he not?

TRABOULSI: Actually, he said something very frank and honest, and I think deserves admiration. He said, had I known that the kidnapping would lead to that much destruction, we would not have taken the decision. Actually, they had the sameï¿½they imagined the same kind of response as the Israeli general military command had thought of, the classical one: four, five days of intensive bombardment, and then negotiations under the table through German mediators.

JAY: Now, in the last couple of days we’ve been here, we’ve talked to various people, including some people in the military, who talk about expecting another attack on Hezbollah from Israel. In fact, they thought it was going to come imminently. Now, they’re saying maybe not right now, because there’s so much going on between the US and Israel. Why are they expecting another one?

TRABOULSI: Well, I don’t share that expectation, to start with. I think the level of armament that Hezbollah brought after the war, or through the war, throughout the war, if the statistics of the Israeli intelligence is correct that it has some 40,000 missiles, I think that in itself is a good warning against any Israeli adventures, because from 2006 onwards you had a new military strategy in the region, which is the missile strategy. And, until recently, the Arab tanks were incapable of defeating Israeli tanks. One major reason: Israeli air superiority. So now, with Iran, Syria, Hezbollah, Hamas resorting to missile strategies, there is a new balance of power and, at least, the idea that inside Israel for the first time is no more safe from Arab weapon [inaudible]

TRABOULSI: I believe him, because this is not what he used to say before, and I think the new, more-sophisticated missiles, long-termï¿½they’re usually called medium-termï¿½are capable of now hitting any part of Israeli territory. Having said that, I mean, the only likelihood of a war involving Lebanon, to my mind, would be if there was an Israeli attack against Iran: they would definitely at the same time try and destroy the missile weaponry of Hezbollah, which is very well guarded and dumped [sic]. But anyway, the only likelihood, to my mind at least, would be not a direct adventure against Lebanon, as such, and Hezbollah, but one in which there is a clear American green light for attack against Iran.

JAY: The Israelis point to the position of Hezbollah, which does not only not recognize the state of Israelï¿½and I think there’s a quote from Nasrallah where he says it: even if everyone else in the world recognizes Israel, we won’t. And there’sï¿½certainly within Hezbollah literature, you can find that [inaudible] they would like there not to be an Israel [snip] not just recognize it. Is there any existential threat to Israel from Hezbollah?

TRABOULSI: Well, I think the Israelis themselves made it clear that Arab weaponry, including Hezbollah is a guerrilla force with missile force [sic]. I mean, where is the existential threat? I think the main existential threat against Israel is by Israelis themselves, who believe, unfortunately, in more and more numbers that there is no more hope for peace, sabotage peace. So, to start with, there’s no Israeli partner for peace, let alone everything else. The other is this stubborn idea of trying to control 300 million Arabs by force and refusing to be part of the region. And as much as Israel is this military state, I think it’s bringing its own downfall, especially that for the first time in its anti-guerrilla warfare, it’s failing, I mean, both in southern Lebanon and in Gaza. It’s becoming more and more an army that kills civilians, including women and children. And, I mean, it’s obvious that any prospect for any just peace has been simply obliterated by the advent of Mr. Netanyahu and his extreme right-wing allies. So this is the real danger for peace, for security of all the peoples of the region.