Traboulsi: Invasion supposed to be a victory in "war on terrorism"

Traboulsi: Invasion supposed to be a victory in "war on terrorism" 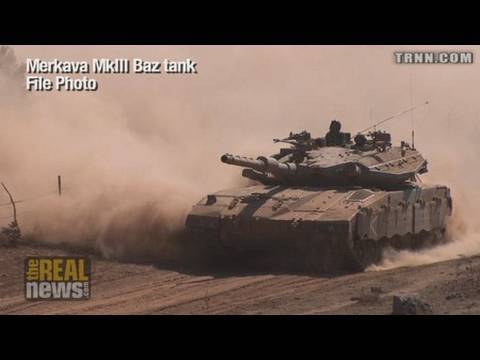 PAUL JAY, SENIOR EDITOR, TRNN: Welcome back to The Real News Network. I’m Paul Jay in Beirut, and we’re continuing our series of interviews on the modern history of Lebanon. We’re joined again by Fawwaz Traboulsi. He’s a professor of political science and history at Lebanese American University in Beirut and is the author of A History of Modern Lebanon. Thanks for joining us.

TRABOULSI: Well, of what we know now, I’d venture and say it was mainly an American-driven decision, with the idea of scoring a neat victory against what the Bush administration considers terrorism. As you know, there wasn’t great victories, neither in Afghanistan or Iran [sic]. What we know now is that the Israeli army had proposed, after Hezbollah had abducted the soldiers on the borders, a four-day classical hit against establishments, against Hezbollah posts, attempted assassination, and then negotiate.

JAY: And why even do that? I mean, we know Hezbollah kidnapped a couple of soldiers, but that had happened before. It doesn’t have to lead to such a full-scale incursion.

TRABOULSI: No. Exactly. I think, I mean, of what we know now is that the army did not propose a full-scale incursion. It suggested four days of bombardment of the same type that they usually have doneï¿½twice beforeï¿½when they had soldiers abducted, and then, under cover, start secret negotiations for their release. Now, what happened wasï¿½that’s Israeli sources, as the Olmert administration called for a full-scale war. My hunch is that [inaudible] the Olmert administration thought it will score a victory against Hezbollah and that would be [inaudible] looked upon as a good advance in that unfinished, unfinishing war against terror.

JAY: Some of the analysts have said thatï¿½and it’s people like Sy Hersh, but a lot of people were talking that Bush and Cheney were quite committed toï¿½particularly Cheneyï¿½to an attack on Iran, and that they always thought that an attack on Iran could trigger a Hezbollah attack on Israel. And so Israel, because they also were interested in an attack on Iran, decides: we’d better take out Hezbollah’s capacity to hit us.

TRABOULSI: It could be one possibility, actually. It doesn’t negate the fact that you would have also couched it as a big victory in the war against terror. I mean, I wouldn’t put that beyond them. But the important thing is that it turned sour.

JAY: One thing that’s not clear, I think, to people: to what extent, if at all, was Hezbollah launchingï¿½other than kidnapping the soldiers, what fighting was going on? Was there rockets going from Hezbollah into Israel?

JAY: Before the war.

TRABOULSI: That was the only operation. Hezbollah had limited itself to this idea: I haveï¿½there are Lebanese prisoners in the jail of Israel; I want to bring them back, all of them. And to do this, the only possibility is [inaudible] kidnapping. It’s worked beforeï¿½hundreds were released. Now it can work. Actually, Hassan Nasrallah did overtly say that we had expected a four-day intensive bombardment; we did not expect [inaudible]

JAY: Now, Nasrallah is the leader of Hezbollah.

TRABOULSI: Yeah, secretary general of Hezbollah, of course. He said, we did not expect a full-time war [sic]. But, I would add, they were ready for it. I mean, the strong point about Hezbollah is that [inaudible] did not expect more than a four-day, five-day war; they were ready for a prolonged war. I don’t think the Israelis had enough intelligence about Hezbollah, and I don’t think the Israelis had any knowledge about the very sophisticated weapons that Hezbollah had developed, especially the anti-Merkava weaponry, the antitank weaponryï¿½the Merkava being the very famous Israeli invincible tank. It so happened that Hezbollah fighters had trained in all kinds of antitank weaponry against all kinds of Merkava tanks, which was the most important, actually, victim of the [inaudible]

JAY: Now, this really was, you could say, a preemptive war in the sense that there wasï¿½Hezbollah had not done much to attack Israel, but the Israeli onslaught was profound and vicious, including bombing the airport, bombing sections [inaudible] Beirut, and thousands of civilians die.

TRABOULSI: Yeah. [inaudible] this has become classical. And I don’t thinkï¿½the Israelis never ever learned from it, actually, and this is why it’s a war of complete destruction without any strategic or tactical importance, because they’ve done it all the time: they bomb the infrastructure of the Lebanese state and the economy, and they try to occupy land. They’ve been doing it since 1978. They occupy to the Litani River, then there is some form of solution, and they leave, and then they come back. And this is what they tried to do that time: bombard even heavier, all over the Lebanese territory, and then try to occupy Southern Lebanon up to the Litani River. And this is where they failed, because once they decided to down their troops on the ground, actually, they met with very fierce resistance, since most of the major villages, towns, and cities of that region were very well armed with a lot of militia defenses and very sophisticated fighters. I mean, we’re talking about people who’ve been fighting Israel since 1982. So you’ve got 18 years behindï¿½no, more, 23 years, 24 years behind those fighters. Also a new generation of fighters, who are quite sophisticated in the way they use the weaponry they have.

JAY: Militarily, this, the campaign, inside Israel and around the world, was seen more or less as a defeat of Israel, a victory by Hezbollah, in the sense that the objective of the Israelis was to destroy Hezbollah’s capacity and they didn’t. But not only that, it seemed to have strengthened Hezbollah’s position politically inside Lebanon.

TRABOULSI: Definitely. I mean, it was a victory for Hezbollah. It was a defeat for Israel in the sense that the avowed aims proclaimed in the first two days, three days of the war, none of them were achieved. And it was a military fiasco for the Israeli army in more than one sense. I mean, apart from the fact that it always had air superiority, concerning tanks and holding to ground and infantry I think they were quite defeated. They couldn’t even reach the Litani River to encircle and besiege the Hezbollah fighters, which was the aim you could read into their military strategy. They had declared occupying a number of towns, which it was revealed that they were not. And they lost a lot. So that boosted the morale of Lebanese in general. It strengthened Hezbollah, without any doubt. It transformed it into the major power amongï¿½inside the sect, inside the Shiite. It swelled the ranks of the fighters and of the militiamen. And, of course, good sections of the Shiites now moved from Amal to Hezbollah.

JAY: Please join us for the next segment of our interview with Fawwaz Traboulsi.