Agent Provocateurs and the Assassination of Black Panther Fred Hampton 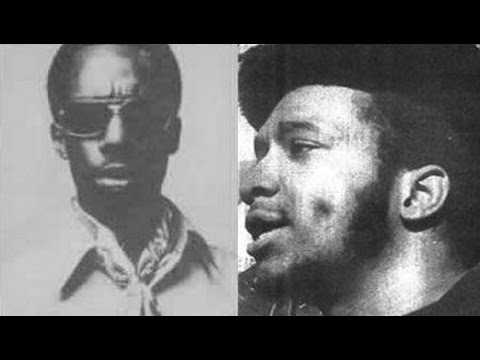 FRED HAMPTON: We say all power to all people.

FRED HAMPTON: So, we say… we always say, the Black Panther Party, that they can do anything they want to to us. We not be back. I might be in jail. I might be anywhere, but when I leave you’re gonna know that I said with the last words on my lips, “That I am… a revolutionary.” And you’re gonna have to keep on saying that. You’re gonna have to say that I am a proletarian. I am the people. I’m not the pig. You got to make a distinction and the people are going to have to attack the pig. The people are going to have to stand up against the pig. That’s what the Panthers are doing. That’s what the Panthers are doing all over the world.

WILLIAM O’NEAL: My recruitment by the FBI was very efficient, very simple, really. I’d stolen a car and went joy-riding over the state limit and they had a potential case against me and I was looking for an opportunity to work it off. And a couple of months later that opportunity came when the FBI Agent Roy Mitchell asked me to go down to the local office of the Black Panther Party and try to gain membership.

BLACK PANTHER MEMBER 1: This is where our chairman had his brains blown out as he lay in bed sleeping at 4:30 in the morning.

BLACK PANTHER MEMBER 1: Someone came into the room, started shaking the chairman, said, “Chairman, Chairman, wake up. The pigs are back.” Still half-asleep, almost dumb. And I saw bullets coming and it looked like the front of the apartment, from the kitchen area and they were pigs just shooting.