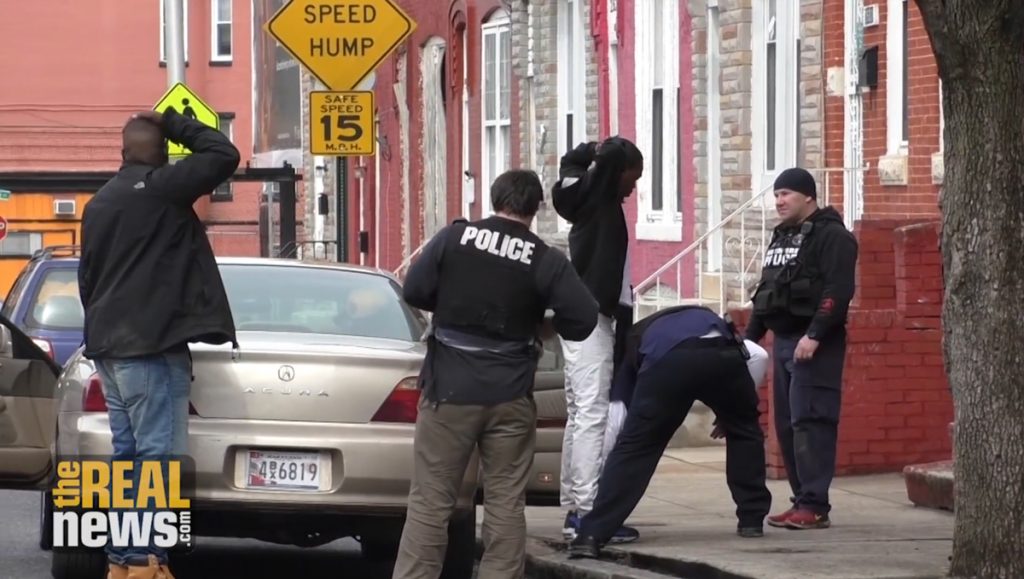 JAISAL NOOR: So, we interviewed a former Baltimore police commander, Neill Franklin, who is the former head of training, and he said a lot of this corruption we see is tied into the War on Drugs, something that Attorney General Jeff Session seems to be accelerating and expanding. Do you have any thoughts or comments about how the War on Drugs being prosecuted in a city that has so much poverty and unemployment, how that can lead to corruption?

Leo Wise : So, as we’ve said, this case grew out of a narcotics investigation of a very significant narcotics distribution organization that was able to operate for years because of the protection that Officer Gondo gave them and ultimately resulted in a fatal overdose. So, there is certainly a connection between sale of illegal drugs in the city and then police corruption that we saw in this case.

Stephen M. Schenning: Well, there’s corruption any place. Any time there’s money, there’s likely to be corruption. Remember a few years ago in Baltimore, this office indicted 19 Baltimore City police officers in the towing scandal, and it was because there was, if you have an accident and you need to get towed, that requires money. And then if you have a towing dealership or a car repair shop, they were paying the police officers to steer the people to them. And so, where you have money, inevitably you’ll find corruption. So, there’s a lot of money in drugs.

NEILL FRANKLIN: When you compare the two, the money that they were getting in that towing scandal, kickbacks from the towing companies, it’s just a mere pittance compared to what these guys were getting from robbing drug dealers and robbing other people who they may have thought were drug dealers or involved in some sort of nefarious activity.

NEILL FRANKLIN: The primary reason that guns are being used in Baltimore, the foundation for it is the drug trade. If I’m going to work a corner, I got to have my protection. I can’t call the police if I get robbed. I can’t call the police when someone tries to force me off of my corner, my piece of real estate. I have to take matters into my own hands, which means I need a gun. My crew, they need guns. And again, because you can’t call in law enforcement when there is a conflict, we use our guns. And then you have retaliation. So, if someone’s trying to force me off a corner, if someone’s trying to rob me, I gotta shoot them.

Stephen M. Schenning: I mean, this Shropshire case started because people were Oding on heroin and fentanyl that they were getting in Baltimore City. Does anybody really expect that law enforcement shouldn’t address that, should just sort of turn a blind eye to it and hope that, as a result of no law enforcement in the area of drugs, that somehow the violence is going to evaporate? I don’t think that’s very realistic.

NEILL FRANKLIN: When we talk about ending the War on Drugs, a lot of people think that we’re just going to end the law enforcement response to what’s happening in our streets with drug selling and drug using. But when you’re ending the War on Drugs, you’re talking about ending drug prohibition. And with that, it means that you’ve got to have some form of legal access to the things that people use and it’s just that simple.

And then my second question to them is then, “Shouldn’t we have a responsibility, then, to provide some form of legal access to whatever they use?” Whether it’s a doctor’s prescription or whether it’s just going into a pharmacy, or whether it’s like what we’re doing with cannabis across the country as far as having retail outlets for adults to stop by and get what they want.

JAISAL NOOR: In places like Portugal where they’ve decriminalized drugs and have safe injection sites, the number of deaths has fallen dramatically, right?

Stephen M. Schenning: And how many guns do people have in Portugal?

SPEAKER: We got to wrap it up. We’re running a little late.

So, in Portugal, what they fail to realize is that even without legalizing drugs in Portugal, they’ve been very successful in moving it from a place of a criminal justice response to a health response, right? And that’s primarily what they’ve done. And in doing so, more and more people feel comfortable in seeking help. They’ve been successful in removing the stigma from drug use.

But obviously, they don’t even know they’ve had a 22 to 25% reduction in teenage use in all drugs in Portugal because of what they’ve done, making it a matter of health instead of a matter of criminality. But the bigger picture here is that they clearly don’t understand what it would mean to end prohibition.

And by ending prohibition it means, again, that you now provide legal access for people who use drugs and any abusive behavior can be dealt with through our medical practitioners and mental health practitioners. In doing that, I don’t care how many guns you had, now you’re shrinking the reason, you’re reducing the reason that people will use the guns.

But these two guys, these two gentlemen that you interviewed, they clearly don’t get the bigger picture of what needs to happen. They’re keenly invested in what they do. I mean, think about it, Jaisal. If we ended drug prohibition, if these two are not out of a job, their job dramatically changes, right? So, much of what they do surrounds the drug trade. So, here they’re investigating police officers, and it surrounds the drug trade.