Sociology professor Hassan Diab, who was accused of a terrorist attack in Paris over ten years ago, and who Canada extradited to France three years ago, was just released. Diab talks to TRNN about his ordeal in one of his first interviews upon his return

Sociology professor Hassan Diab, who was accused of a terrorist attack in Paris over ten years ago, and who Canada extradited to France three years ago, was just released. Diab talks to TRNN about his ordeal in one of his first interviews upon his return 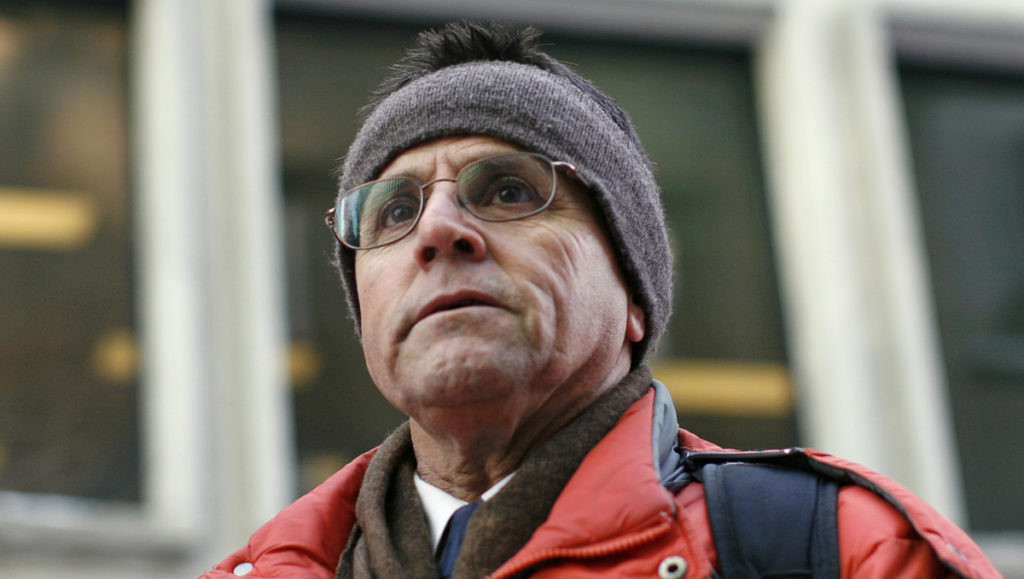 D. LASCARIS: This is Dimitri Lascaris reporting for The Real News from Montreal, Quebec. Dr. Hassan Diab is a Canadian sociology professor. His academic career was interrupted about a decade ago when he was falsely accused of an attack near a synagogue in Paris, France in 1980. In 2008, France requested Dr. Diab’s extradition from Canada. Canadian authorities then imprisoned him, subject to Draconian bale conditions, for six years. Dr. Diab was extradited to France in 2014. His extradition occurred at the hands of a Canadian judge, Robert Maranger, who described the evidence against Dr. Diab as “illogical, very problematic, and convoluted and confusing with conclusions that are suspect.” The judge ultimately summarized the evidence by remarking that the prospects for conviction seemed unlikely. However, the judge felt that his hands were tied by Canada’s extradition law and committed Dr. Diab to extradition.

Under Canada’s extradition law, Canada’s Justice Minister nonetheless had discretion not to surrender Dr. Diab to French authorities. That minister was conservative Rob Nicholson. Upon reading Justice Maranger’s concerns, Nicholson could have chosen not to extradite Dr. Diab, but did so anyways. After being extradited to France, Dr. Diab spent three years and two months in France’s largest prison. He was ordered released on bail eight times by four different French judges. However, each time, the prosecutor blocked his release. On January 12, 2018, only days ago, two French anti-terrorism judges cleared him and ordered his immediate and unconditional release. Dr. Diab has finally been reunited with his family in Canada, including his son who was born after his extradition. It is our pleasure to have him on The Real News today, and he joins us from Ottawa. Thank you very much for joining us today, Dr. Diab.

HASSAN DIAB: Thank you for having me.

D. LASCARIS: Let me start with the obvious question, how does it feel at long last to be a free man?

HASSAN DIAB: It’s really great. It’s wonderful to see the family and the supporters and the friends who worked really hard to get to this conclusion.

D. LASCARIS: Could you describe for us, Dr. Diab, what was life like in France’s largest prison during those three-plus years?

HASSAN DIAB: I would say life in prison is hell anywhere in the world, especially in a place now where you have 20 to 22 hours per day in a cell alone and cut off from the rest of the world. It’s beyond any description, I would say. In addition to this, you are in a different country, different culture. Your family cannot visit you because of the long distance, once or twice per year, that’s maximum. And you have … you are from a different culture, the people there are different, so it adds up to the already miserable conditions. You can just imagine the horrible life, I would just say, and that was the life I was living for 1,154 days.

D. LASCARIS: This 10-year ordeal, having endured it and survived it, what do you have to say about the extradition law which resulted in your ordeal? Is there indication from the government of Justin Trudeau that that law might be amended?

HASSAN DIAB: Well, obviously, I was extradited because of that, the deficiencies in that law. If it wasn’t for that law, I would be here. I wouldn’t have spent three years and two months of my life in Fleury-Mérogis, the largest prison in Europe, not just in Paris. The law didn’t do what it was supposed to do to protect Canadians. The law was supposed to be like … to respect at least the Canadian law. The Canadian law was below the extradition law. So even if the Canadian judge, Maranger, said like “There’s no prospect of conviction in a fair trial,” and you still ship this person away, then there’s obviously something very wrong with that law.

The other point in that law is it has a problem. We extradite to France, Canadians, France doesn’t extradite French people to Canada. So it’s like this is the A, B, C of sovereignty. And Canada is not first in this case, nor in the Canadian law, and it should be above the extradition law. From there, we should start, I think, if we want to do any real changes. People should be aware of these things. Unfortunately, most of the MPs my group contacted before even my extradition didn’t have any idea of what the extradition law stipulated or what it says or what … When the MPs don’t know the contents of the law, that’s another problem. This is where we should start from.

D. LASCARIS: In view of this travesty of justice, have you contemplated or are you inclined to seek compensation from the Canadian Government?

HASSAN DIAB: I answered this before, and I will repeat it again. I’ll reiterate the same thing. Personally, I don’t need any money from Canadian taxpayers. If there’s any money coming from France or from Canada or from both, I will not take personally any penny of this money. France, as far as I know, will pay automatically because you don’t have to sue the government to pay you because when they make a mistake, they pay you, though the pay is very little actually. Doesn’t even cover one … the night that … It doesn’t cover one night in the middle, whatever, two-star hotel.

So this is one thing, but any extra money, anything we can get, it will not go to my pocket. It will go to defend future victims of a law like this one. I will not decide how the money will be spent or which people, on which victims, rather the support committee group will decide on how to use the money if there is the money. But personally, I will not get any money. I don’t want money. I can survive without money. Okay, that’s-

D. LASCARIS: Which apparently you’ve done for three years. The last thing I want to ask you, Dr. Diab, is after French authorities accused you, but before you were imprisoned in Canada, Carleton University in Ottawa terminated your employment and it did so-

D. LASCARIS: … after B’nai B’rith Canada, a pro-Israel lobby group, demanded your termination. B’nai B’rith’s CEO at the time, Frank Dimant, stated, “We find it deplorable that University officials believe that there is nothing wrong with employing Diab. The safety and security of the community as a whole and of the Carleton University campus in particular are of great concern to us.”

Now, recently, days ago, a Canadian newspaper, the Ottawa Citizen, obtained and revealed internal Carleton University emails, which strongly suggested that B’nai B’rith played a central role in your dismissal by the University. Since you were freed by French authorities, has B’nai B’rith apologized to you? Has it expressed any kind of remorse for the role that it played in your termination and the hardship that you endured?

HASSAN DIAB: Actually, nobody has apologized yet, neither from the French side … because in France, the case is not over yet. There’s still appeal and coming in few months. The Canadian Government didn’t say anything except they helped me get out of France, but we paid for the ticket so far. The B’nai B’rith said nothing so far, so practically nobody has said, “Sorry for whatever we caused you.”

D. LASCARIS: Well, we at The Real News like to welcome you back to Canada, Dr. Diab. We’ll continue the follow your story. Thank you very much for join-

HASSAN DIAB: Thank you very much for having me.

D. LASCARIS: This is Dimitri Lascaris for The Real News.

December 6, 2019
Sign Up for Our Newsletter
Help Us Make Real News!