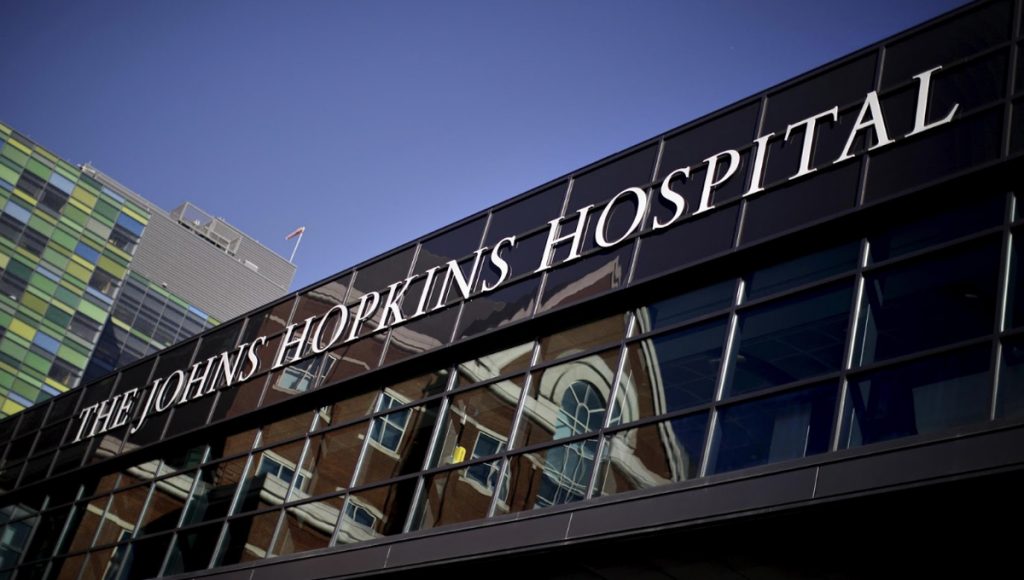 JAISAL NOOR: Shortly after The Uprising in the aftermath of the death of Freddie Gray, Johns Hopkins made a promise to invest in the community, and right the social and economic ills that fueled the protests. In light of those promises, many are following how the state’s largest employer responds to its own employees, that are demanding change. As nurses at the world-renowned John’s Hopkins Hospital have sought to unionize, instead of embracing the request from critical care workers, for fair pay and better working conditions, the multibillion dollar institution has played hardball, hiring a high profile union-busting firm, Littler Mendelson, to lead an effort against them, The Real News has learned. The Real News also obtained a letter nurses delivered tp management, demanding an end to an “anti-union campaign,” alleging intimidation, and an infringement on the rights of the nurses to form a union. In response, Hopkins sent us a statement that reads the hospital, “has deep respect for the nurses and their rights as employees to support or oppose a union.”.

The nurses who went public with their campaign last month cited low pay, and a low nurse to patient ratio in Hopkins facilities, which nurses say endangers their patients. Studies have found unionized nurses receive higher pay, and are responsible for fewer patients than their nonunion counterparts. Not all nurses support the union effort. A website, as well as a Facebook group, with over 200 members, oppose the union. They didn’t respond to interview requests for this story, neither did those seeking to unionize with the country’s biggest nurses union, National Nurses United. Their unwillingness to talk is perhaps a reflection of the power of the sprawling institution that dominates both politics, and the landscape of Baltimore. So, to actually talk to nurses who have fought the same battle, and to understand what’s at stake, we had to travel to Philadelphia. In 2010. The Real News interviewed nurses at Temple University Hospital who had just completed a month-long strike for better pay and working conditions.

PATRICIA EAKIN: Hospital administration was very intent on breaking up the Union.

JAISAL NOOR: Today, union nurses at Temple make far more than their counterparts at Johns Hopkins. While factoring in Philadelphia’s higher cost of living, three Hopkins nurses we spoke to currently make between twelve and twenty percent less than their counterparts at Temple. After a contractually mandated October wage increase, that number jumps to sixteen to twenty-three percent.

MARY ADAMSON: The differences are black and white. I will never work in a non-union hospital.

JAISAL NOOR: Temple nurses told us that even more important than the increased pay is the power unionized nurses have to advocate for their patients.

MARY ADAMSON: Decisions are made in the ivory tower that had nothing to do with the bed side. And, as union nurses, we’re able to collectively lend our voice to the situations that are most important to our patients.

JAISAL NOOR: We also wanted to understand why some nurses might oppose joining a union. We found a Facebook group called Keep JHH Union Free. They didn’t respond to interview requests, so we brought some of their concerns to Sue Swift, who has worked at St. Christopher’s Hospital for Children for over three decades. Two years ago, she helped lead a successful union effort there, and now serves as the president of her local. On the anti-union Facebook page, one post is particularly striking. A meme, posted on the fiftieth anniversary of the assassination of Martin Luther King, that quotes him, to stress the importance of unity, instead of joining a union.

SUE SWIFT: Well, we know he was there to support union workers the day that he was killed. And Martin Luther King said this a lot, “Nobody in power is just going to hand you things.” Now that we have a collective bargaining unit, we now have power. We are the voice for our patients.

JAISAL NOOR: Many posts in the group argue the union will be divisive, will act as a third party, or that concerns can be addressed without a union.

SUE SWIFT: We didn’t get a union and because we didn’t like nursing, we got a union so we could have a voice. And it wasn’t against our managers, it was for us. It was just for us to have a voice.

JAISAL NOOR: We’ll keep following the story, so stay tuned at therealnews.com. If you’re a Hopkins nurse and want to be interviewed in a follow-up, please send an email to [email protected] In Baltimore, this is Jaisal Noor.

Ending Temp Work Is at Center of Auto Workers Strike

Why Does Teen Vogue Need a Labor Column?

September 2, 2019
Sign Up for Our Newsletter
Help Us Make Real News!