Empire Files: Venezuela Economy Minister-Sabotage, Not Socialism, is the Problem

Venezuela's economic problems are used to paint the country as a failed state, in need of foreign-backed regime change. To get the Bolivarian government's side of the crisis, Abby Martin interviews Venezuela's Minister of Economic Planning, Ricardo Menendez. Watch more on teleSur

Venezuela's economic problems are used to paint the country as a failed state, in need of foreign-backed regime change. To get the Bolivarian government's side of the crisis, Abby Martin interviews Venezuela's Minister of Economic Planning, Ricardo Menendez. Watch more on teleSur 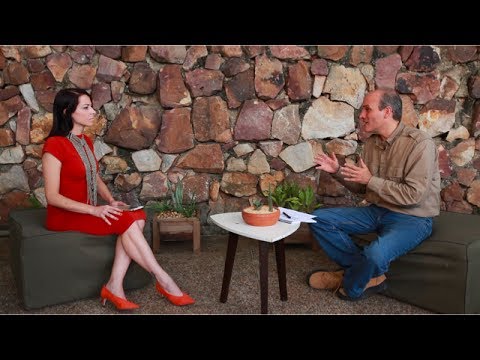 Speaker 1: Today in the corporate media, Venezuela’s economic problems are used to paint the country as a failed state in need of foreign-backed regime change. To get the Bolivarian government’s side of the crisis, I interviewed Venezuela’s Minister of Economic Planning, Ricardo Menéndez. I joined him in Cojedes, Venezuela where he was speaking to mass community meetings, organizing the population to fight against what he calls an economic war.

So far, Venezuela has paid back $60 billion in debt and still refuses to take loans from the IMF, of course. How did all this debt accumulate in the first place, and how does it factor into the economic crisis?

Speaker 1: Americans think that Venezuela has a 100% socialist economy, but in fact, it’s divided into three sectors. You have communal, state, private. How do these interact with each other, and what are they responsible for?

Speaker 1: If you’re looking at U.S. publications, financial publications like The Wall Street Journal, Fortune magazine, they claim that the root of Venezuela’s economic problem is government corruption, mismanagement of funds, especially when it comes to social welfare spending and programs. According to the Venezuelan government, what is the roots of its economic crisis?

Speaker 1: President Maduro just extended a national state of emergency for the economy. What is this intended to do, and how will it help alleviate the crisis?

Speaker 1: One of the main problems in Venezuela is shortages of food, other goods like that. It depends on who you ask, it’s either the big capitalists engaging in economic warfare or government mismanagement. Break down the reality on the ground.

Speaker 1: Imports have dropped dramatically over the last year or two, Minister. According to corporations, they say that the government set prices, and price caps on goods have forced them to reduce imports. Your response?

Speaker 1: Why does Venezuela depend so much on food imports when it seems like there’s so much ripe, green land for agricultural development here?

Speaker 1: Minister, Venezuela depends almost entirely on oil production. In fact, over 95% of the economy is based on oil. In the last 15 years, it’s just become further entrenched on oil instead of choosing to diversify the economy, but why choose this development strategy, especially when you rely on a third party like OPEC who can drastically and dramatically devalue the entire resource that Venezuela depends on?

Speaker 1: The United States, since the Bolivarian Revolution, has claimed that Venezuela poses a unique threat. Some have even said that it poses the greatest threat in the Western hemisphere to U.S. national security, oddly enough. It just issued a new round of sanctions. The U.S. government claims that it only affects eight government officials from the Supreme Court as punishment for murdering protestors. Who are these sanctions affecting, and what is your response to this alleged human rights abuse?

Speaker 1: Venezuela’s in an odd situation, Minister. Socialists are in power, yet you’re operating kind of within the confines of a capitalist economy, and it seems like the economy’s just at war with itself. Talk about the contradictions and also the challenges this poses for the future.