The Trump administration's Interior Department is planning on making the deepest revision to the Endangered Species Act in its 40 years of existence. Economic interests are to be taken into account for the first time when determining which species should be saved

The Trump administration's Interior Department is planning on making the deepest revision to the Endangered Species Act in its 40 years of existence. Economic interests are to be taken into account for the first time when determining which species should be saved 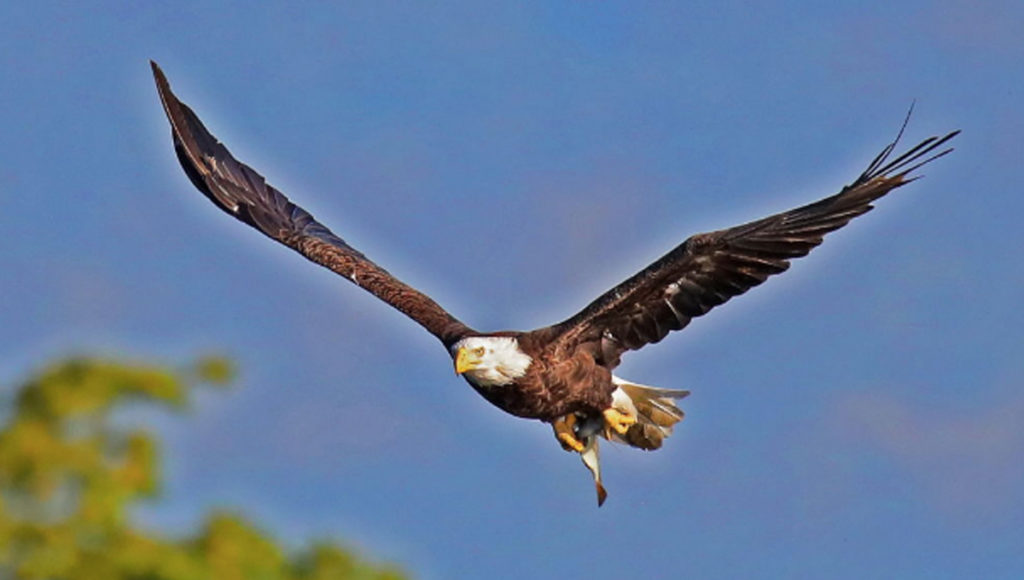 Last week, the Trump administration unveiled a plan to gut the Endangered Species Act, the ESA. This law, which Richard Nixon signed in 1973, was passed by Congress almost unanimously. It is said to have protected over 1600 species from extinction, including the bald eagle, the spotted owl, and the grizzly bear. According to the Ohio State University opinion poll, 84 per cent of U.S. citizens support the ESA, including 74 percent of conservatives. Still, the Trump administration argues that the way the law is being implemented slows economic growth; especially the Interior Department of Ryan Zinke, who is Secretary Zinke, is telling the National Oceanic and Atmospheric Administration to take economic impacts into consideration when deciding which species to protect. Also, the Interior Department wants to reduce the protections for species that are categorized as threatened by extension.

Now, a 60-day comment period is available and open at this time for citizens to provide feedback to the Interior Department on the proposed changes to the application of EASA. Now, we urge people to respond to this. The deadline is August 7.

Joining me now to discuss the Trump administration’s plan to reduce the effectiveness of the Endangered Species Act is Stephanie Kurose. Stephanie is an endangered species policy specialist at the Center for Biological Diversity in Washington, D.C. Stephanie, good to have you with us.

STEPHANIE KUROSE: Thanks for having me.

SHARMINI PERIES: All right. Stephanie, let’s start off with the two main changes the Trump administration is proposing in regard to the Endangered Species Act. First, to include the consideration of the economic impact of protecting endangered species; which basically means, you know, they have a lot of leeway in terms of what leases they provide, and so on. So they’re asking to open this up. And then second, to redefine the Threatened Species categories to be protected. Now, what impact will each of these changes have on the endangered species, and of course the biological diversity of our parks and of our land?

STEPHANIE KUROSE: Sure, that’s a great question. Well, the Act, for the first change, the Act makes very clear that when the Fish and Wildlife Service or the National Marine Fisheries Service, which are the two agencies that implement the Act, they cannot take economic considerations into account when deciding whether to protect a species under the Act. That’s why the Endangered Species Act has been so strong, and it’s very much driven by the best available science. So when these new changes are proposing to essentially change that, and make every listing into a negotiation. The Fish and Wildlife has said that they will still consider only the best available science. But now the economic impact of such decision will be conveniently available for decision makers to see. And in this administration, that means that less and less species will be protected.

SHARMINI PERIES: All right, Stephanie, so would benefit from these changes that the Interior Department is proposing, in terms of the ESA?

STEPHANIE KUROSE: Companies that would benefit are those, the biggest companies in America that want to continue drilling for oil, digging for coal, cutting down our forests. Those are the industries that are really driving these changes. And as I mentioned before, this is not being driven by the public. Four out of five people support the Endangered Species Act and don’t want to see, you know, our imperiled species go extinct. So really these changes are benefiting, you know, the biggest corporate polluters in the country, and even those anti-wildlife politicians who have been pressing for reforms to the Endangered Species Act for many, many years.

SHARMINI PERIES: All right. Now, some people have actually questioned how effective the ESA has been, and how successful it’s been. Critics say it has failed because only 1 percent of endangered species have been removed from the list because they are no longer endangered. So although this has been in place since 1973, is it or isn’t it effective? What’s your criticism of it.

STEPHANIE KUROSE: Well, I would say, respectfully, that that is the wrong way to look at it. I mean, if you were injured and you had to go to the emergency room you wouldn’t expect to recover in a couple hours or even a couple of days. So we can’t expect a species to do that. The Endangered Species Act has been 99 percent effective at saving species under its care from going extinct, and it’s put hundreds more on the road to recovery. And that recovery sometimes takes, you know, more than a year. Oftentimes, you know, many years. At which point, you know, at the point at which they’re protected under the Act, they’ve declined, their numbers have declined so much. So you can’t expect them to rebound as quickly as some opponents of the ESA would like.

SHARMINI PERIES: All right, Stephanie, now, aside from the number of species that have been protected, what is the broader value or the importance of protecting endangered species, and how does this compare to Republicans’ argument that there is overprotection of species that hinders economic growth.

SHARMINI PERIES: All right, Stephanie, thank you so much for joining us today. This has been a very interesting discussion. And on behalf of all of us, thank you for protecting the earth and our endangered species. All the best, and looking forward to having you back. Thank you.

STEPHANIE KUROSE: Thank you for having me.

Stephanie Kurose is currently the endangered species policy specialist with the Center for Biological Diversity, based in their Washington, D.C. office. One of her main priorities is to defend the Endangered Species Act from federal attacks by both Congress and the administration.

Trump’s Methane Deregulation: Another Blow to Slowing Down Climate Change

Save the Birds, Kill the Planet: Interior Attacks Wind Turbines in Push for Fossil Fuels