Daphne Wysham, Climate Policy Fellow at the Center for Sustainable Economy, says that a new propane facility in Portland, Oregon is threatening to undermine a plan by the city to reduce its greenhouse gas emissions by 50% of 1990 levels

Daphne Wysham, Climate Policy Fellow at the Center for Sustainable Economy, says that a new propane facility in Portland, Oregon is threatening to undermine a plan by the city to reduce its greenhouse gas emissions by 50% of 1990 levels 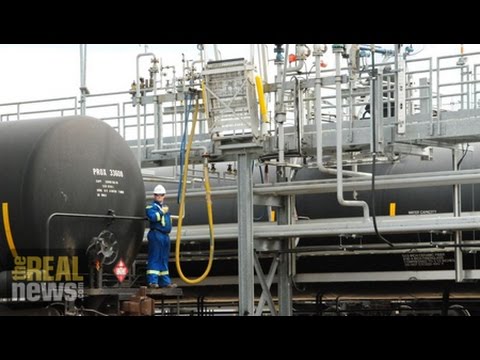 Canadian Pembina Pipeline Corporation is planning to build a $500 million propane gas export facility in the city of Portland, Oregon. It will ship 37,000 barrels per day to markets in Asia, making it the first such facility in the United States.

The mayor of Portland, Charlie Hale, says that the export terminal will bring much-needed revenue to the city, while local environmentalists are saying it is inconsistent with the numerous plans that the city has already adopted to advance sustainable development.

Now joining us from Portland, Oregon to discuss these developments is Daphne Wysham. Daphne is climate-change policy fellow at the Center for Sustainable Economy and associate fellow at the Institute for Policy Studies.

Daphne, thank you so much for joining us.

DAPHNE WYSHAM, FELLOW, CENTER FOR SUSTAINABLE ECONOMY: Thanks so much for having me.

PERIES: So, now Portland was recently awarded the title “climate champion” by the White House. How would the new gas propane facility affect this status?

WYSHAM: Well, that’s the number-one question on everybody’s minds, because right now Portland is a leader nationally. They have a plan to reduce their greenhouse gas emissions by 80 percent below 1990 levels, not 2007 levels, 1990 levels by 2050, if not sooner. So they are one of the few cities selected by the White House for this honor of climate champion.

Now they’re proposing to build a propane terminal that would increase Portland’s contributions to greenhouse gas emissions by somewhere along the line of 43 to 83 percent. So, yesterday there was a hearing, and it was packed with people there basically saying this is going to the heart and soul of what Portland stands for, and we won’t stand for it.

PERIES: Right. Now, the mayor has come out saying that this is really going to help the economy of Portland, and it’ll create jobs and tax revenues. Tell us what that means. And how are the people in the city reacting to that?

WYSHAM: Well, as a mother in particular, I take offense when Pembina and other corporations come in and say they’re going to generate tax revenues for the schools, that we’ll be able to hire more teachers. This is the same line that we hear from other extractive industries like the timber industry. They linked the budget for clearcutting Oregon’s forests directly to the budgets for schools. Unfortunately, there is a direct connection. So we heard that yesterday from Pembina. We also heard that they were going to provide union jobs at this terminal, even though very few jobs would actually result. They promised green power. They were all but rolling out the red carpet for everybody there. But those of us who understand what this means for the future of the planet, and for our children in particular, were not fooled.

PERIES: So, Daphne, I know that local battles are important and that the environmental movement needs to tackle decisions locally in order to deal with emissions and climate change. But why should the rest of us nationally be concerned about what’s happening in Portland?

WYSHAM: Well, first of all, Pembina is the largest pipeline service company in the Canadian tar sands. Okay? They have tried to get this propane out through other ports, and they have failed, just as they are failing to get their bitumen out through the Keystone XL pipeline thus far. President Obama has threatened to veto that if the bill does come to his desk.

So Pembina is not just some small Canadian company. They’re the largest in the tar sands. And they’ve set their sights on Portland thinking they could push this through over the holidays without any resistance. But they were dead wrong. There were quite a few people there, including the longshoremen, who came out in opposition to this particular propane terminal, saying it would not result in significant job increases. We’ve got religious leaders and others.

What I see this battle being about is the death throes of the fossil fuel industry, starting with the most carbon-intensive of the fossil fuels. We already see the coal industry essentially being phased out in the United States. And tar sands are at least as damaging to climate stability as coal. Propane is yet another subsidy for what is currently an uneconomic market for the tar sands. Because the price of oil is so low, it makes tar sands that much more uncompetitive compared to regular oil.

PERIES: And nationally, as well as globally, this is really contrary to the kind of commitments that President Obama has just recently made in terms of an agreement with China to reduce carbon emissions.

WYSHAM: Exactly. Exactly. And I think what we need to keep in mind is this is also a health and safety issue. I mean, Oregon and Washington, the entire Northwest, was just being flooded with oil trains, gas trains, LPG trains, coal trains. And I live within a mile of coal tracks. We hear them all night long. They could be exploding, as they have in Canada. Of course, the fracking process is very toxic to human health, as we know thanks to some studies that have been coming out on the chemicals that they use in the fracking process. Propane can be derived from both fracked gas and from refined oil from the tar sands.

So we see this as both a human health concern, a public safety concern. We know that the first responders are basically just saying, we’re going to have to throw up our hands if there is such an accident on the rails. This is competing with other much more sustainable products getting to port because our rails are getting so jammed with all this fossil fuel. So we think we can win this one, and we certainly have no intention of turning Portland into a fossil fuel export town. It’s one of the greenest cities in the country, and we want to keep it that way.

PERIES: Right. Daphne, thank you so much for joining us. 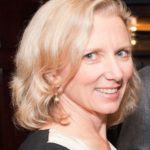 March 1, 2019
Sign Up for Our Newsletter
Help Us Make Real News!