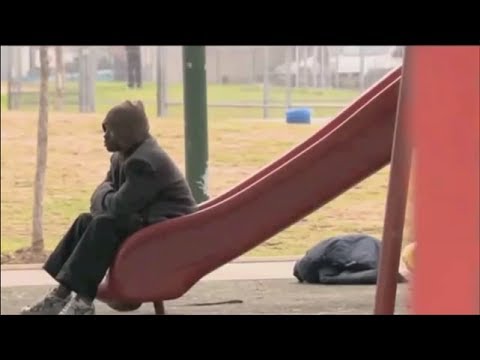 Secretary of State John Kerry recently made headlines when he criticized Israeli Prime Minister Benjamin Netanyahu for insisting Palestinians recognize Israel as a Jewish state as a precursor to peace talks.

Now joining us in studio to discuss this is David Sheen. David is an independent journalist and filmmaker originally from Toronto, Canada, who now lives in Dimona, Israel. His website is DavidSheen.com, and he’s working on the first book documenting Israeli anti-African racism.

DAVID SHEEN, JOURNALIST: Thanks for having me.

NOOR: So what’s your response to this statement by Secretary of State John Kerry and the timing of this? What is the significance of it?

SHEEN: It’s really interesting to hear an American high-level official walk back, because a position of the government, originally they fully supported Netanyahu’s demand that Palestinians and Arab leaders acknowledge Israel is a Jewish state. Perhaps they’ve recently come to understand the full significance of such a declaration. On the face of it, you know, why would anyone have a problem with that? Well, let’s parse that. What does it mean to declare that a state is Jewish? In Israel, what it’s meant for the last 66 years is that there are citizens-plus and citizens-minus. There’s citizens who have extra rights and privileges by virtue of them being part of a ethnic group, Jewish ethnic group, and there’s people who are stripped of rights and privileges for not being part of that. And, sure, if there is some kind of two-state solution between Israelis and Palestinians, that would still leave 20 percent of the country who isn’t Jewish. And what will be their fate? Does the government of Israel have the a priori right to discriminate against them? Palestinians are raising these points. As well, you have other populations of non-Jewish people, whether it’s people who have come from the Far East originally to work, and some have started families, whether it’s asylum seekers from Africa. Clearly there will always be non-Jewish people. You can’t have an ethnically pure country–or I would hope that we’re not trying to go back to that model of an ethnically pure country. What happens to ethnic minorities? And so this formulation would give the government a so-called blank check to continue and maybe even ramp up its policies of discrimination against non-Jewish citizens. And perhaps the Obama administration has finally understood that, and so they’re walking back that position.

NOOR: And in the first part of the interview we talked about, in length, the treatment of African asylum seekers in Israel. Put that in the context of how Israel treats Palestinians, and if you can, expand on that.

SHEEN: Sure. Well, okay. In Israel, sure, the government has been framing these asylum seekers as only economic migrants, meaning they’re only coming to the country to make money; none of them or a very fraction–less than 1 percent of them are true refugees.

The real reason, however–and the government openly says it is–they’re a threat to the Jewish character of the state. Now, why is someone, just by virtue of being a different religion, a threat? Only if you’re obsessed of there being some kind of ethnic purity or cultural purity would you call individuals who have committed no crime a threat. And that’s the case. And Africans are merely the most–the population that only most recently borne the brunt. But for decades Palestinians have been called a demographic threat; merely by being born and not being Jewish, they’re considered a threat.

NOOR: And they also have higher birthrates than Israelis do.

SHEEN: Mhm, mhm, although birthrates change over time consistently since the establishment of the state. And it should also be noted that Israelis, compared to other so-called industrialized nations, have a relatively high birthrate, even among the Jewish population, but the Arab birthrate is even high. So there’s this fear that one day Arab–non-Jewish people in Israel could outnumber the Jewish people, and then, if they ever become a minority, they could become a persecuted minority. And that’s the idea. And because of that, there’s efforts to engineer the population and ensure by any means necessary that the percentage of Jewish people in the population never dips below a certain percentage that no one’s really ready to name. But that seems to inform much of the government’s policies.

NOOR: Now, defenders of Israel always point to the fact that Israel is the only democratic state in the region. Is what you’re saying challenge that, the premise of that argument?

SHEEN: Mhm. Well, I don’t think there’s any pure democracy or pure non-democracy. But certainly, in my humble opinion, Israel cannot be called a pure democracy, in the sense that it’s an ethnocracy. It doles out rights and privileges to people on the basis of their ethnic affiliation. And that’s always been the case. And there’s dozens of laws which discriminate, whether it’s allocation to land or the right to take a spouse or have your spouse be naturalized. There’s myriads of ways in which non-Jewish people are discriminated against.

So, clearly, you know, it’s only come to the fore now because of this issue of African asylum seekers. But Palestinians have been talking about it for decades. And while the American government continues to sign off on this Israel as the only democracy in the region, but increasingly that’s hard to claim, even for Israel’s strongest supporters.

NOOR: Now, Palestinians have called for the boycott, divest, sanction movement in the face of this. But we were just talking about the African asylum seekers. Now they have an Israeli public that’s turned against them by a vast majority; Israeli politicians, Israeli laws that singles them out for indefinite detention, for deportation. What are the African asylum seekers–what are they calling for? And do they really–what kind of hope do they have that they can remain in this country if they choose to stay and partake in the economic activity that they are–and also be safe from the violence they’re fleeing?

SHEEN: Mhm. Well, the demands of the African asylum seekers are very simple. They’ve just–asking for the government to openly and transparently examine their cases on a case-by-case basis and say, you know, for people who aren’t refugees, they’ll have to go back to where they came from. But for people who do qualify under international standards, then they’ll have to be receiving refugee rights. And if Israel does not want to give those refugee rights, then it must endeavor to negotiate with other countries who commit to giving those refugee rights. Israel hasn’t done that, and it doesn’t want to do that. It’s happy to send teams of people for PR purposes to help out in Haiti or, you know, when people are suffering from natural disasters or war-torn countries. But when it lands on their own doorstep, they want to wash their hands clean of the problem because they don’t want non-Jews in the country. That’s problematic.

In terms of what people aspire to, sadly, as you’ve pointed out, many Israelis want them gone, sadly. And so other asylum seekers are saying, okay, if we have our rights fulfilled in another country, we’re willing to move on. You know. But at the same time, what does that portend for people like myself who live in Israel? What kind of country is it that we’re left with if our own government is willing to kick out people who have fled for their lives merely because they don’t have Jewish blood? I mean, is that a kind of country that people want to live in?

NOOR: And Haaretz recently ran an editorial in which they criticize Netanyahu, saying Netanyahu speaks of the obligations required by Jewish moral values, he speaks incessantly about the nation state of the Jewish people, but he’s forgotten what it means to be a Jew, harkening to the experience of the Jewish people as refugees and being persecuted and not having a place where they could be safe and be free. Final thoughts?

SHEEN: Yeah. Of course it’s a source of great shame. You know. I would hate to have to look into the eyes of my own ancestors, who fled persecution and were persecuted and paid with their lives, often in horrible ways, to have to look them and say that the government that supposedly claims to represent Jews is now turning people away purely by virtue of–or on the basis of them not being Jews. I would be embarrassed if I was Prime Minister Netanyahu to have to answer for that. If your sense of Jewish security is based only on packing as many Jews as possible into the smallest space possible and removing as many non-Jews as possible from said space, then if that’s all you’ve left of Judaism for us, then you’ve left an incredibly poor heritage to pass down to the next generation of what this Jewish culture is supposed to be about.

NOOR: David Sheen, thank you so much for joining us.

SHEEN: Thanks for having me.

NOOR: You can go to TheRealNews.com to watch both parts of our interviews with David Sheen. You can follow us on Twitter @therealnews. Tweet me questions and comments @jaisalnoor.

David Sheen is an independent journalist and film maker originally from Toronto, Canada who now lives in Dimona, Israel. Sheen began blogging when he first moved to Israel in 1999 and later went on to work as a reporter and editor at the Israeli daily newspaper Haaretz. His full-length documentary on ecological architecture, “First Earth”,…