Artificial intelligence companies and other AI experts are urging the UN to ban the technology in weapons, but are they exaggerating the danger and threat for their own interests?

Artificial intelligence companies and other AI experts are urging the UN to ban the technology in weapons, but are they exaggerating the danger and threat for their own interests? 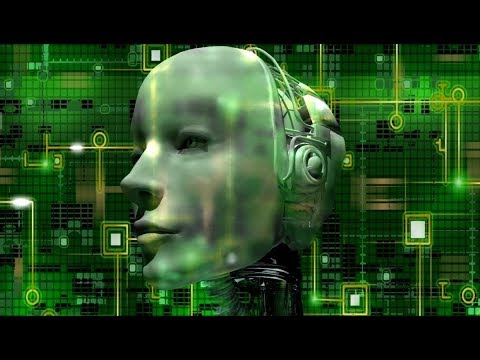 Daniel Monk: Thank you very much.

Eddie Conway: How do you look at what’s happening with the leading experts on artificial intelligence, how the United Nations is addressing this threat of killer robots? How do you see all of this?

Daniel Monk: First of all, thanks for including me in this conversation. Second, I guess I would say that there’s actually a responsible dimension to this conversation and there’s a part of it that demands a bit of examination. What I mean by that, just to clarify, is that when we speak about artificial intelligence, generally speaking, we’re not just talking about autonomous machines that could, in principle, kill things. We already have those. Drones, essentially, can function and be programed in such a way as to basically function autonomously and then do what they do.

When we speak about AI, we’re really focusing more on a species of intelligence that’s now referred to also sometimes as super intelligence, which is basically machines that are self-aware. The threat that is believed to potentially come from those kinds of things in the future would be a threat in which a self-aware machine might decide that the things that it’s being asked to do are not in its own self-interest and that maybe the existence of human beings may not be in its own self-interest. It sounds like a science fiction scenario, but in point of fact, those science fiction scenarios are rehearsing a possibility that people are really concerned about.

Now, the moment when the United Nations is now beginning to maybe have this kind of a conversation in the form of a conference, or the moment when public figures like Elon Musk make provocative claims that AI is potentially more dangerous and imminently more dangerous than, for example, North Korea attaining a nuclear weapon, those kinds of issues have more to do with an effort on his part, I think, and on others’ part to try to find a way in which to develop a policy framework for how artificial intelligence should develop.

The last thing I’ll say about this for the moment is that the model here, and one that I don’t see as really acknowledged in any of the news coverage of this is exactly what happened when we reached a threshold in genetics when it became apparent to biologists, in the 1980s or so, that it was going to be perfectly possible for us to begin to genetically modify life, forms of life, and in effect begin to even patent forms of life.

A group of very responsible biologists and geneticists and others began to agitate government to begin to establish limits on what could be done in order to make sure that the threat that could potentially happen from runaway genetic engineering or genomic changes would be forestalled. They did succeed in the long run in establishing limits to research, though in other ways, we do now live in a world where forms of life are patented, and there are real questions about whether that’s good or bad for us to have genetically modified organisms.

Eddie Conway: Okay, I would step back a minute because I can vaguely remember through history that the same kind of discussions was going on around the development of nuclear weapons. There had been at some point an agreement of some kind of ban on those weapons and today, the nuclear threat seems to continue to haunt us. I’m wondering how do we deal with these kind of threats, whether they’re in genetics or artificial intelligence or nuclear or planetary in terms of the climate? How do we deal with this stuff?

Daniel Monk: Well, if we’re going to look at the historical precedence, what’s actually fascinating is that however much we act as if this is a runaway technology that we can’t really get on top of, the example that you brought up of nuclear weapons, or even before that, of certain kinds of gas in warfare and other kinds of weapons, the human species has by in large with some success managed to limit them. In other words, we do have non-proliferation agreements. We, by and large, do manage to limit the uses of certain kinds of weapons because we as an international community have, over the course of the last 50 years at least, with varying degrees of success, managed to establish pretty strong sanctions on actors in the international arena who would use them.

However much we talk about this as something that we can’t control, there is a history of controlling it with varying degrees of success, as I noted earlier, but we do have a history of being able to limit the uses of certain kinds of arms because we arrive as a body of people on the planet, the governments on the planet, at a conclusion that it’s in our collective interest.

Now that does point us to the fundamental problem of the present, which is the one that you’re raising. In my line of work, this is what we call a “collective action problem.” Without making it sound too fancy, the real issue is this, at what point does the interests of all the people on the planet to work together in concert to limit this risk overcome the interest of particular actors on the planet to develop this particular kind of technology? At what point is it in the interest of all governments on the planet to limit certain kinds of dangerous development when each one of those governments probably feels that it would be more secure if they had artificial intelligence for themselves? This is at the heart of what we’re talking about when we’re speaking about the threat of AI, if in fact it’s a threat.

Eddie Conway: I guess I would ask you, you say it’s a collective effort and it’s in the interest of the collective societies, and I wonder how much does media play, mass media etc., play in shaping and forming our concerns, our fears or our interests? Is that a key factor in how we perceive this, whether we perceive it as a threat or in self-interest?

Daniel Monk: Sure. Let me just back up for a second and say that I think what I was trying to – just to clarify a previous point – I think what I was trying to say is that it’s a collective action problem. The incentive that we have to work together is, at the same time, working against the incentive that each one of us, individually, has to develop the technology. That contradiction, at what point do we all decide that we’re better off working together to limit the technology at the expense of my own self-interests in developing it, that’s the tipping point that’s always a problem. It’s always an immense problem.

You touch upon another really important point, which is the question of threat versus threat perception. To give you a very simple analog of this, I live in the Northeastern United States where there’s an exploding deer population. We actually know there are statistical models that suggest that if we actually were to introduce wolves into the Northeastern Unites States, the number of people who would die from road accidents from hitting deer would decrease. The perceived threat of releasing wolves into the wild is such that people feel that’s more dangerous.

Eddie Conway: One final thing I will ask you, that brings me to the question of, is this something that’s in the interest of people that control the media or control government to have the population concerned about these threats, no matter how – obviously we could be hit by a comet – but how impossible it is? Is this a distraction and a control mechanism?

Daniel Monk: That’s a brilliant question, and a lot of students of politics are obviously quite interested in it. Speaking for myself only, I don’t believe that there’s actually a conscious body, that there’s some kind of Cabal that’s organizing this as a distraction, but looking at all of these catastrophic threats, looking at all of the examples that you and I went over that really talk about a global existential risk, what’s common to all of these fears, to these forms of catastrophe that we’re obsessing about in the present is that they all seem to preclude the possibility of us doing anything about them. In other words, they seem so overwhelming that the logical response seems to be, “Okay, well we’re basically doomed because there’s nothing much we can do.”

I think that is actually something that needs to be unpacked, undone and analyzed in terms of who benefits, whose interests are served by having a population that believes that they have no agency? Without establishing the direct line, it’s like the Koch brothers are doing this. I would say that we live in a particular atmosphere of cultural pessimism that does serve other interests.

Eddie Conway: I know I said that was the last question, but I can’t let you walk away without … what do you think we should do or can do about that?

Daniel Monk: About which, the artificial intelligence question?

Eddie Conway: No, about the threat and the sense of gloom and doom that we can not do anything at all about the threats. How should we be perceiving them and addressing them?

Daniel Monk: Well, first of all, I think understanding that they form a cluster. “Why so many zombies on TV?” is not an irrelevant political question, so I actually believe the debate and that some sort of action in the public sphere matters. To some degree, what I think matters even more is presenting to people examples of the way in which we actually have successfully worked in history to resolve what seemed to be almost overwhelming, insurmountable collective action problems. That’s really the best hope I can offer. I wish I could give you a happier conclusion. All I can say is that there’s a counterfactual. We’ve done this before, it might be possible to do it again. On the other hand, it may not.

Eddie Conway: Thank you for joining The Real News.

Daniel Bertrand Monk holds the George R. and Myra T. Cooley Chair in Peace and Conflict Studies at Colgate University, where he is a professor of Geography and Middle Eastern and Islamic Studies. He is the author of An Aesthetic Occupation as well as a number of other studies on: the Israel-Palestine conflict, Middle East…