Is the DNC Unfairly Targeting the Sanders Campaign?

Journalist Doug Henwood says Sanders' campaign has the right to be suspicious of the Democratic National Committee chair Debbie Wasserman-Schultz, considering her close allegiance to the Clintons

Journalist Doug Henwood says Sanders' campaign has the right to be suspicious of the Democratic National Committee chair Debbie Wasserman-Schultz, considering her close allegiance to the Clintons 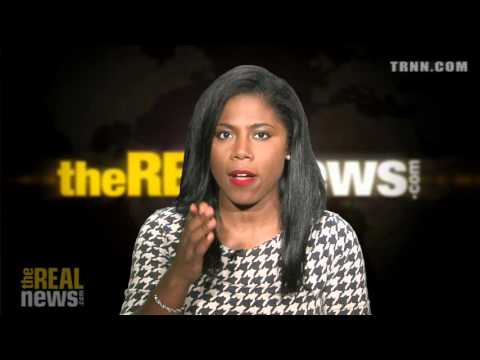 On Friday, presidential candidate Bernie Sanders’ campaign threatened to take the Democratic National Committee to federal court if the party organization does not restore its access to a crucial voter database. This threat came after the DNC suspended the campaign for allegedly exploiting a software glitch that allows Sanders’ team to improperly access confidential voter information collected by Hillary Clinton’s campaign.

Now joining us to help us add some context to this story is our guest, Doug Henwood. Doug is the founder of the Left Business Observer, and the author of the recently-released book, My Turn: Hillary Clinton Targets the Presidency. Thanks for joining us, Doug.

DOUG HENWOOD: Thanks for having me.

DESVARIEUX: So Doug, let’s get into the inner workings of the DNC. A major figure in this story is chairwoman of the DNC, Florida Congresswoman Debbie Wasserman Schultz. The Sanders campaign has come out saying that they believe that the DNC has stacked the deck against Sanders in favor of Clinton. Is there truth to that?

HENWOOD: There’s certainly a lot of reason to be suspicious. Schultz was–Wasserman Schultz was the co-chair of Hillary’s campaign in 2008. she spoke earlier this year, very much in Hillary’s favor, which is something that the party chair shouldn’t be doing.

And then of course there’s the scheduling the debates, scheduling very few of them compared to–there were over 20, I believe, in 2008, or maybe even more than that. Probably too many. But that was one of the reasons, people say, that Obama was able to break through into the public consciousness, because there were enough debates. The Hillary people probably remember that lesson, so they schedule just a handful of debates, and some of them at very odd times. The next one is Saturday night at 8:00 PM, opposite an NFL game. That’s just not a very prime time for watching a political debate. So you’d almost think that the, the number and the timing of these debates was a deliberate way to make the frontrunner’s job a little easier.

So Wasserman Schultz herself, her politics are very much like Hillary’s. She’s a member of the New Democrat Coalition in Congress, which–a New Democrat is, going back to the early ’90s, the movement that Bill and Hillary together helped found. Business-friendly, though on defense, tough on crime, anti-welfare Democrats. And that is the tradition from which Hillary emerges, and that is the formation within Congress that Wasserman Schultz pledges her loyalty to. So there are many political reasons to be suspicious of anything that she does as party chair. And this reaction seems extreme and draconian. You know, and it’s also their responsibility to keep the software secure. I think they’re probably also a little embarrassed that they aren’t able to do that. But I think the Sanders people have every reason to be suspicious.

DESVARIEUX: Okay, let’s talk more about the interests behind the DNC. Who are its members, and what industries support them? Essentially, how do they keep the lights on, and how does that affect their policy? Because I want to bring up a point that recently they, they reversed a ban on taking in campaign–money from lobbyists and PACs, but now they’re doing it to fund their convention. So let’s talk about the interests behind the DNC.

The Democrats are heavily favored by finance, often. Finance also, Wall Street gives to the Republicans. But very, a significant portion of the Democratic fundraising base is, is in finance. We now see, for example, hedge fund guys and private equity guys supporting Hillary very explicitly, despite her alleged tough talk against Wall Street. And also, trial lawyers. That’s a very important part of the Democratic base. Corporate base, that is. Unions give money to the Democratic party, Democratic National Committee. But they’re very much overshadowed by business contributions. And also, Hollywood is a big supporter of Democrats, which tends towards an emphasis on intellectual property protection. For example, the Democrats are very obsessed with copyright protection because Hollywood is really big into that. And so are drug interests, drug companies, which are sometimes significant supporters of the Democratic party.

So the Democrats, you look at the business interests that support them, they tend to be really higher-wage, more capital-intensive, more advanced–some high-tech industries. And not the dirty, low-wage industries that support the Republicans. More the more advanced high-tech, high-wage sectors. But you know, they’re very much business interests. And Goldman-Sachs, you know, and such–they’re very much behind the Democrats.

DESVARIEUX: All right. Let’s talk about the consequences of this decision. How does blocking Sanders’ access to the Democratic database hurt the Sanders campaign? Can you be specific?

HENWOOD: Well, they use those sort of databases for a couple of things. One is just reaching out to voters, sending them mail. But also for get out the vote operations, voter mobilization things. And that, it’s going to be, that work which is very important, especially in the early primaries when you really want to get your voters out. Small states, you really need that kind of very close, detailed attention to voters. And that’s very important in the early primary season. And by blocking Sanders’ access that would very substantially make it more difficult for them to get, find out who their people might be and get them to the polls.

DESVARIEUX: Yeah, and handing Clinton a potential slam dunk in Iowa. Do you see that happening?

HENWOOD: Well, yeah. She didn’t do well in Iowa last time in 2008. and Iowa’s very unpredictable because you never know who’s going to show up to these caucuses. And the polls at this point are completely unreliable. No one really should take any of these polls very seriously. But yeah, Iowa’s very unpredictable. You never know what’s going to happen. But getting people out on a very individual basis is important in Iowa. And if Clinton wins in Iowa then that will put her in a pretty good position. If she loses in Iowa that will dent her aura of inevitability.

And I think she and her supporters know that her aura of inevitability is one of her prime assets at this point. A lot of people don’t really like her. They are not–even people who plan to vote for her, very many of them don’t have a great deal of enthusiasm for her. It’s not like Sanders. You know, Sanders may be behind in the polls. But his people really, really like him. They go out to rallies in large numbers. People who, like Hillary, do so because she’s kind of the default position for a lot of Democrats who don’t follow stuff closely, or that she’s just got the biggest name recognition. But if she’s faced any kind of retail campaign challenge or debating challenge, then she’s always–she could always wobble. And once she starts losing the aura of inevitability she’s lost one of her great assets.

And then as time goes on, there are so many scandals that have, she has in her past that could emerge again. The email scandal could drop like a big bomb on her at some point. So there’s just an awful lot of vulnerability, and they want to make sure that they can dispense with as many of those vulnerabilities as possible, as we go into the primary season in a few months.

DESVARIEUX: All right, Doug Henwood. You can hear more and read more about those vulnerabilities in his new book, titled My Turn: Hillary Clinton Targets the Presidency. Thank you so much for joining us, Doug.

DESVARIEUX: And thank you for joining us on the Real News. Just as a reminder, we’re in the midst of our end of the year fundraising campaign, so please donate to the campaign. We can’t make the Real News without you. Thanks for watching. 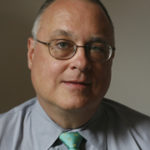 January 28, 2020
Sign Up for Our Newsletter
Help Us Make Real News!