David Greene, senior staff attorney, Electronic Frontier Foundation, says we should celebrate the fact that this is only the second time in thirty years that congress has curtailed authority granted to the intelligence community

David Greene, senior staff attorney, Electronic Frontier Foundation, says we should celebrate the fact that this is only the second time in thirty years that congress has curtailed authority granted to the intelligence community 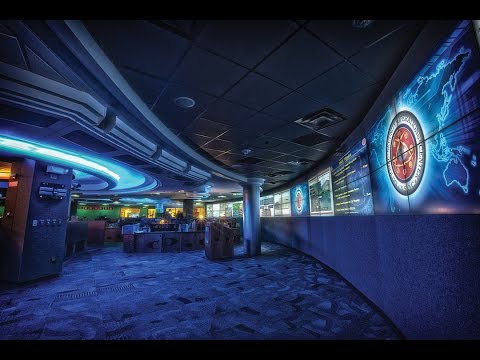 In breaking news, the Senate voted 67 to 32 passing the USA Freedom Act. Privacy watchdog the Electronic Frontier Foundation says this marks the first time in over 30 years that both houses of Congress have approved a bill placing real restrictions and oversight on the National Security Agency’s surveillance powers. Amendments that would have weakened and gutted oversight provisions were defeated, and now the bill goes to President Obama, who is expected to sign it.

Supporters say that the Freedom Act could rein in wrongful government surveillance. Others say it does not go far enough. Joining us now from San Francisco is David Greene. David is the senior staff attorney at the Electronic Frontier Foundation, which is one of the country’s leading advocates for and commentators on freedom of expression.

David, thank you so much for joining us.

DAVID GREENE, ATTORNEY, ELECTRONIC FRONTIER FOUNDATION: Thank you for having me.

PERIES: So David, first of all, you are celebrating in spite of some of the limitations and provisions in this bill. Why?

GREENE: Well as you said, this is only the second time in history that Congress has limited the scope of the authority it had previously granted to the intelligence community. Prior to 1978 there were no limits on what U.S. intelligence could do, no Congressional limits at all. And this is only the second time that it has imposed limits. So even though we would like to have seen far greater limits, this is still a victory worth celebrating.

PERIES: Now, the critics of course, and yourself, say in some areas of course you wanted stronger didn’t go far enough. Why are they saying that?

GREENE: Well, it’s–there’s still a lot more reform left to do. What we really–there’s a lot of things wrong with the way that the NSA was conducting its surveillance before. We really had focused on attacking its mass surveillance, where it was just collecting mass amounts of records, communications records of innocent people, people who weren’t suspected of doing anything wrong. It was collecting all of that data.

USA Freedom helps with that. It is going to restrict the ability of the NSA and the FBI in collecting call records. It will only be able to collect records of a particular person, account, or a device. Before what it would do would be go to a telephone company and say, give me the records of every call made through your network or received through your network for this whole day. And now will be able to say give me the records of every call this person made or received, every call this number made or this account made or received. It will be able to do that. Again, that’s still not perfect, but that’s a lot better.

We still are concerned, because the government still actually could also get the records of the people–once you have a suspicious person you get the records of everyone they called, and then the records that those people called as well. And we don’t like that. But again, this is definitely an improvement even if it’s a small one over what the law was before.

PERIES: Now, so if you think my son is suspect, then I’m also in a sense suspect and surveillable. What does this do to the freedom of expression and our sense of security in this country?

GREENE: Yeah. Well, I think it’s true, if you are what–and the government, the way the NSA refers to these is hops. So there’s the suspicious person, all the people that person calls are the first hop. And again, calls or receives calls from. And then the next level, the second hop is all the calls made and received by the people in the first hop. So it’s true, if your son is suspected of being a terrorist, even under USA Freedom, under the new law, if they get that information they will get your records and then the records of everybody you called and received calls from as well.

Again, that’s, we don’t like that. It’s true, it’s, if you’re people that, we think that people have a right to have integrity, personal integrity and privacy in their associations, and that the government being able to collect information about how innocent people communicate with each other, we think that does inhibit their free speech rights, their freedom of association rights, and their feelings of personal integrity.

PERIES: All right. So this is a limited gain here we have made in terms of curtailing NSA and security agencies.

GREENE: Yeah. I mean, the law does a lot of other nice things as well. There are some significant reforms with respect to the Foreign Intelligence Surveillance Court that will audit that, whereby a greater number of its decisions will become public. Right now very few of the decisions of the court are made public. There’s a more powerful opportunity for what they call a special advocate in front of the Foreign Intelligence Surveillance Court. Right now the way that court works is that the government appears without any opposition. This will, the new law creates a system whereby the court can appoint someone to present an opposition. And if the court chooses not to appoint someone it has to explain why it did not.

And there are some other reforms as well with some other sections of the law, as well. So it does some other things besides address the call records program.

PERIES: And what’s next for you in terms of, if President Obama signs this into law, what else would you be pursuing?

GREENE: Yeah. And I think I was reading out of the corner of my eye that he might have signed it. Again, I think there’s still more reform to do. We’d like to see greater reform of the Foreign Intelligence Surveillance [call]. We’d like to see a greater scaling back of that second hop of call records collection. And again, there’s lots of other spying that goes on under other parts of the law that were not addressed by this bill. So there’s other, there’s other areas of law where the government still will still have the ability to do bulk surveillance and we’d like to see reform under those laws as well.

PERIES: David Greene with the Electronic Frontier Foundation. Thank you so much for joining us.

GREENE: Thanks for having me.

David Greene, Senior Staff Attorney at the Electronic Frontier Foundation, has significant experience litigating First Amendment issues in state and federal trial and appellate courts and is one of the country's leading advocates for and commentators on freedom of expression in the arts. David was a founding member of the Internet Free Expression Alliance, and…