Defense company stocks, such as those of Raytheon, Northrup Grumman, and Boeing, rose to unprecedented levels since the beginning of the year because of Tomahawk strikes on Syria and massive arms sales to the Middle East and to the Pentagon. Bill Black talks about the the companies and their profits

Defense company stocks, such as those of Raytheon, Northrup Grumman, and Boeing, rose to unprecedented levels since the beginning of the year because of Tomahawk strikes on Syria and massive arms sales to the Middle East and to the Pentagon. Bill Black talks about the the companies and their profits 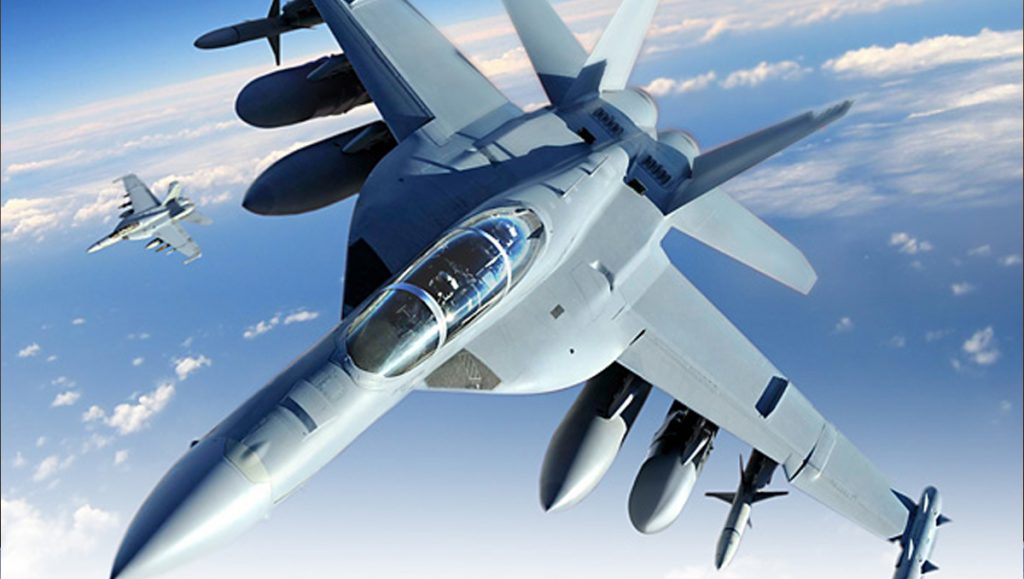 SHARMINI PERIES: It’s the Real News Network. I’m Sharmini Peries coming to you from Baltimore. Stock prices of major defense contractors such as Northrop Grumman, Raytheon, and Boeing have surged by double digit percentages recently. The reasons vary, but Raytheon manufactures the Tomahawk cruise missile that were used last Friday in attacking Syria.

VIDEO: NATO intelligence reports indicate the threat of ballistic missiles is increasing in number and complexity. By 2018 all of Europe will be at risk. Raytheon’s integrated air and missile defense assets continue to watch the skies day and night, keeping the U.S. and allies safe around the world.

SHARMINI PERIES: U.S. and allies safe across the world, except the Syrians. Now joining me to analyze the relationship between defense stocks and U.S. military activity is Bill Black. Bill is a white collar criminologist, a former financial regulator, and associate professor of economics and law at the University of Missouri Kansas City. He’s the author of “The Best Way to Rob a Bank Is to Own One.” Thanks for joining us, Bill.

SHARMINI PERIES: Bill, last year, Fortune magazine calculated that defense contractors and companies, their share prices rose by as much as $5 billion after Trump launched his attack on the Syrian air base. This year the numbers are similar, no doubt. What do you make of this link between military activity and the rise in defense stock prices?

BILL BLACK: Well, it’s pretty well established. In fact, the first big one involving Raytheon, and Raytheon is the principal manufacturer of the Tomahawk cruise missiles that were used primarily in the 2017 strike and the strike last week in Syria, but those would have been the method that President Obama would have used, as well. And so in 2013, when he was threatening to do a strike on Syria, Raytheon’s price, stock price, surged simply from discussion of the possibility of use.

And of course, several things are going on at the same time. One, once you shoot them you need to buy new ones. They’re very expensive. They’re, you know, ballpark a million and, the advanced Tomahawk, over a million and a half pounds, so, you know, somewhere around 1.8 million bucks per missile. But the, also there’s the demonstration effect, that they work. That they’re able to penetrate defenses, and that they actually hit the targets that you aim at with a vastly higher probability than in the past when people shot missiles. And so those two things combine, of course, to have people go, whoa, this is great. We should be buying those, as well.

And particularly in the American context, when we attacked Syria decades ago in response to some of the things happening in Lebanon, attacking the United States there, we’ve had planes shot down, and we had pilots killed, and other pilots captured by the Syrian military, and it was a, a huge diplomatic problem. And cruise missiles, of course, don’t have that e ffect. They are launched from, frequently, hundreds of miles away, well outside the range any ability to shoot down, whether they’re launched as they were largely in this latest raid by B1 Lancers, which are a huge ability to carry, and they can fire from standoff ranges of 100 miles or more, or from frigates or submarines, or, in the case of the Brits, their Tornado attack planes, again, are launching the missiles from far outside any ability of the Syrian defenses to be able to shoot down the plane that is launching those missiles.

So they’re safe. And also there is clearly billed enthusiasm. The public in the United States tends to like them. Politicians that launch them praise themselves and they praise the military, and they talk about, great, we should have a, you know, isn’t it wonderful that we’ve created a massive increase in the budget for these kinds of things. So it feeds on itself. For all those reasons, we expect to see stock prices go up.

Now, of course, Raytheon stock has been going up for some considerable time, given the things we’ve just talked about. The huge surge in the budget that everybody knew was going to lead to a significant rise in expenditures with Raytheon, both because of the cruise missiles, which are an offensive weapon, but also because Raytheon makes a lot of the critical defensive missiles against ballistic missile strikes. And of course, that’s been teed up, if you’re familiar with the United States, to an enormous degree by the purported or real threat from North Korea to be able to have ballistic missile launches that would have the range to actually reach the United States. Well, the missiles that would potentially knock down those North Korean ballistic missiles, those defensive missiles, Raytheon is also one of the leading manufacturers of those systems.

So all of these things are coming together, and it’s been a spectacular month so far for Raytheon and one hell of a year and in one hell of a decade. So yes, their stock prices are trading at all-time records that have never been seen.

SHARMINI PERIES: All right, Bill. General Mattis is a respectable general, very reputable in the military. He’s obviously aware that the decisions that the U.S. military takes and the kinds of weaponry it uses has this kind of impact in the marketplace, in terms of boosting the commercial value of these companies that are producing these. Do you think that’s factored in at all in terms of decision making?

BILL BLACK: Certainly not by Mattis. Certainly there are lobbyists and such that love the prospect. But from, if you see it from the perspective of the military, what you need to recall is that until relatively recently, when you drop bombs, you, what you did overwhelmingly was miss. Right? So there were bridges we attempted to bomb in Vietnam and such, where we would send strike package after strike package, we would lose all kinds of multimillion dollar jets, and their pilots, and naval aviators, and such. And we would occasionally, out of literally hundreds of bombs dropped, damage a span of the bridge, and the bridge was back in operation almost always within 24 hours.

So it was terrible, right. The Air Force and the Navy always overpromised in terms of what they could deliver, that they could typically not hit the things they tried to hit. And it was really expensive in the sense of people knew where to put the defenses, the anti-aircraft batteries, and the anti-aircraft missiles. It was fairly clear where we would have to come in in many cases, and they could sight them optimally. And we had very severe losses, both in terms of money, and, more important, in terms of people.

So it was horrible from the standpoint of the military. And then finally they got weapons in which they could not only hit, but they could typically hit the thing they wanted to hit with a single missile strike. That’s astonishing change, and better yet, you could launch this missile, as I said, from way outside the range at which the platform, the plane, the frigate, the submarine launching the missile, could be attacked itself. And so that has allowed the military to be able to do these kinds of engagements where they were otherwise really quite afraid to do so, because we would have a significant probability in the old days that we would A) Miss the target, B) Have some of our planes shot down, and C) Have some of our pilots or naval aviators captured, which in the United States context because of politics is a particularly huge problem in terms of constraints. So that, that’s what freed up the United States military, Raytheon, in considerable part to be able to do these things.

And it’s not just those missiles. The air-to-air missiles in the Vietnam War, those missiles were fairly primitive, and they missed most of the time, and worse, again, the Air Force had over promised, and they said, oh, these missiles, the air-to-air missiles going to shoot down the enemy jets just so easily we won’t even put a gun on the Phantom. We’ll just have missiles. Well, it’s, you know, particularly terrible if your missiles don’t work. But now the air-to-air missiles are vastly more capable. And again, it’s companies like Raytheon that have made those missiles work. And the United States and its allies, it’s why Israel, you know, we’re talking about 20-plus years ago, was able to shoot down something like 52 Syrian jet fighters at the last of zero Israeli fighters, because you had their version of the AWACS, which we gave them, the large civilian-ish plane, it’s a military plane, but unarmed, that orbits with superb radars. You find literally the Syrian jets as they’re taking off from the airport, and you engage them with really good missiles, again, outside their envelope of where they can fight back.

So you know, the military loves companies like Raytheon. These generals that you’re talking about are old enough that they came up in the era when the missiles didn’t work, when the bombs didn’t work, and it was terrible. And it’s like a miracle transformation from their standpoint, and it saves all kinds of lives. You know, John McCain would not have been shot down and imprisoned if he was launching a Standoff modern cruise missile.

SHARMINI PERIES: All right, Bill, much more to talk about. But we’ll wait for next week. Thank you so much for joining us.