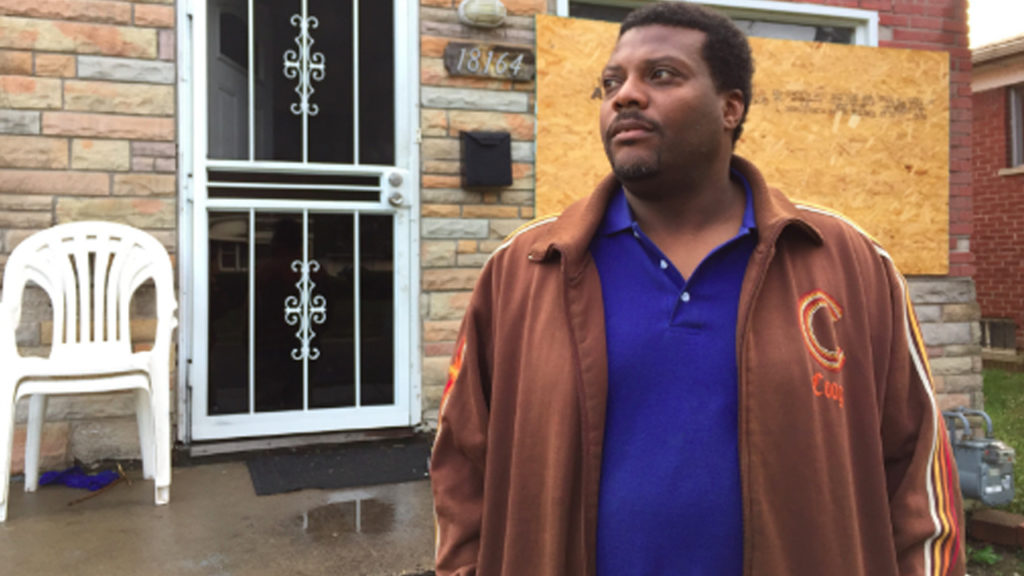 And we conclude our conversation with Bill Black, who joins us great many times here on The Real News Network. And of course his book, The Best Way to Rob a Bank Is to Own One. And Bill, good to have you back. Glad you could stay with us for this.

MARC STEINER: So let’s talk a bit about what this study showed us and how they did it. And part of the center of the story takes place right here in the city from which we broadcast, Baltimore, Maryland.

BILL BLACK: Absolutely. And predation, of course, goes back an enormously long time. And as I said, before they deregulated interest rates, which begins basically around 1980, so begins in Carter but largely implemented under President Reagan, predation was supercharged as a possibility. And America being America, the places, the folks that they went after were typically Blacks, Latinos and the elderly, and a the combination thereof. So here’s first is the overall conclusion of the study, which is quite correct in my view. In this context, predominantly Black and Latino communities shifted from being objects of economic exclusion, in other words, redlining, to targets for financial exploitation. So that’s the big, overall thrust that strikes me as correct.

So how did they target? And remember, target means purposeful. You can’t target something randomly in this regard. So we’ve done perverse financial incentives, but the loan broker does use something else and the secondary market sales do use something else. Now, the secondary markets sales, once you do the predatory lending, they largely protect the original lender, and certainly the subsequent purchasers, from suits involving discrimination. There’s this holder in due course doctrine and such, so that A, you get legal protections. It starts out a discriminatory predatory loan, but you can’t go after the people who ultimately end up with a loan. And they get to enforce the loan, even though it was predatory and absolutely slimy. You have no legal defense typically, or at least frequently.

The second technique is what we call neutralization, which is you don’t feel bad about it, so the report tells us about how you were taught, as a lender, not to feel bad. You were supposedly helping people buy homes for the first time in all of this. Then they tell us how the system was structured, so that there were two channels. One is the prime channel and the other is the subprime channel. Now, Blacks would frequently qualify for the prime channel, which had a much lower interest rate, but if you steered the person out of your prime channel to subprime, the subprime gave you a kickback of forty to fifty percent of his fee because his fee was so big. We’re talking about a difference in interest rates of five percent, which in that era were huge.

So subprime loans, the fees that the bank could get for making these loans, were least double sometimes what they could get in terms of premium when selling it for prime loans. So they loved to make the subprime loans, especially to people who are actually prime. What’s better than that in these terms? So this channeling tells us mechanically how you’d get it done. Basically, you get trapped. As soon as you were diverted to and made a subprime application, you were doomed, you couldn’t change it.

MARC STEINER: You were stuck in a quagmire.

BILL BLACK: Right. We talk about affinity fraud. So again, here’s the key in fraud. Real simple. I get you to trust me and then I betray your trust to take something of value from you to give to me. That’s what fraud is. And so the hard part is getting you to trust me, and that’s why affinity fraud is such a big deal. We find something in common. We’re both baseball players, we’re both the same religion, or here, we’re the same race and ethnicity, and it’s lot easier for me to get you to trust me, because, hey one Black guy is not going to cheat another Black guy, haha. So there isn’t just affinity fraud, it turns out there’s affinity predation, and this report tells us how that was done.

Then there’s intersection, I talked about that. It’s not just that they go after Blacks, they go after Blacks who are female and Blacks who are elderly females, the quintessential Black widow. Then they talk about taking advantage of residential segregation. “Originators developed specialized strategies and marketing materials aimed at identifying Black and Latino borrowers as subprime lending marks.” Prior research suggests the Latino immigrant households seeking to purchase a home were more susceptible via Spanish-speaking intermediaries. But for Blacks, they would find neighborhood stores that catered largely to Blacks, and they would find business situations where you took out a high-cost loan.

In fact, they would mail you checks, that if you cash them, they weren’t giving you a gift, they were giving you a loan and at a high interest rate. And then they would do a follow-up and say, “Hey, you’re locked into this high interest rate loan that we just gave you, you should come and get a home loan from us. You can consolidate your debts and pay a lower interest rate.” On top of that, particularly they viewed the Black churches as, again, being able to get people to trust. So they approached the pastors, they made charitable contributions and they held, in the church, often, wealth seminars–where have we heard this–to get folks. So we we see a lot from this study about exactly how it was done.

And they say, and I quote again, “To gain the trust of these borrowers, originators worked through local social structures and interpersonal networks to enlist trusted intermediaries such as religious leaders, small business owners, and personnel in community-based organizations.” They had special word processing so that you could turn it into a document that sounded more like Black English in use in some communities instead of more standardized the English and such. So they were very clever in these regards. And it isn’t random, it was deliberate targeting. And then they used trial and error, and they see what works.

They have hundreds, thousands of brokers doing this. Well, they’re all pitching, they find which pitch works better and that becomes a standardized script that they teach the new guys and gals how to use. And then someone’s an entrepreneur and gets an even better way. And so, over time, these predations and fraud schemes get better and better. And meanwhile, what’s on the other side? Virtually nothing, nothing at the federal level. Everything at the federal level is literally seeking to undercut the state authorities trying to crack down on this.

MARC STEINER: So the question becomes, as we conclude, so are we protected from this now?

MARC STEINER: I mean, clearly the whole world of banking and making loans and going at poor communities is by its very nature predatory, and it seems deregulation is the watchword of the last forty years in this country, fifty years.

MARC STEINER: So are we protected from this? What can we expect for the future?

BILL BLACK: You want a more definitive answer than the no I gave you?

MARC STEINER: Well, yes. I knew it would be no.

BILL BLACK: No. Hell no. No, we are not protected, no. And under what world view is the protection going to be for poor Blacks and Latinos under Donald Trump, and against rich white bankers?

MARC STEINER: What do you mean? I’m just kidding.

BILL BLACK: So again, it isn’t something terrible that just happened under the second George W. Bush. This is something that has been going on since Carter, which is to say the 70s, which is to say we’re approaching fifty years of this. It’s really time to try a different approach.

MARC STEINER: I think so. Maybe we can get Jimmy Carter to admit all this and help lead the charge, along with Alexandria Ocasio-Cortez in the Congress and see if we can everybody to kind of come together and really kind of push something that protect.

BILL BLACK: With Habitat for Humanity, Carter does at least appear to have some idea of guilt and responsibility.

MARC STEINER: Yes. Well, Bill Black, we all learned a great deal. I really appreciate it when you join us here at The Real News and I look forward to really exploring this in greater depth, because I think it’s really important that we kind of lay this out for people to understand, graphically and verbally here, about what we faced and what we’re facing. And thanks so much for your work and your time.

MARC STEINER: And I’m Marc Steiner here for The Real News Network. We’ve been with Bill Black and we have a great deal more to talk about. So keep watching The Real News. Take care.