According to some estimates, there would be between $13-$95B less in charitable giving by individuals, because raising the individual deduction removes the tax incentive to give, says David Callahan, founder and editor of Inside Philanthropy

According to some estimates, there would be between $13-$95B less in charitable giving by individuals, because raising the individual deduction removes the tax incentive to give, says David Callahan, founder and editor of Inside Philanthropy 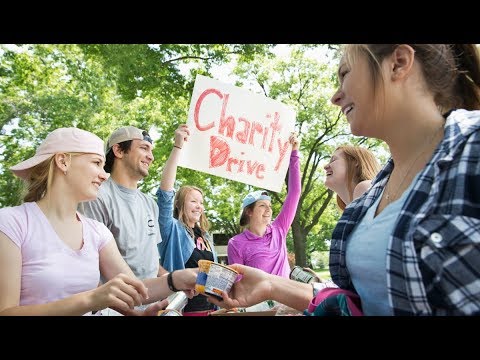 SHARMINI PERIES: It’s the The Real News Network. I’m Sharmini Peries coming to you from Baltimore. The US senate opened debate on the Trump-inspired tax plan on Wednesday. If the bill were to pass, it would be the largest tax reform in decades and would affect practically all aspects of our lives. An aspect that has not received much attention so far is the impact the tax reforms would have on charitable giving.

According to the organization, Giving USA, US households donate some 282 billion dollars to nonprofit organizations. They did so in 2016. However, if tax bill passes, as it reads now, charitable giving by individuals could drop a whopping 39%, says Congress’ Joint Committee on Taxation. Joining me to analyze the consequences of the tax reforms that Trump is proposing for nonprofit organizations is David Callahan. David is editor of the website, Inside Philanthropy, and author of The Givers: Wealth, Power, and Philanthropy in a New Gilded Age. Thanks for joining us, David.

DAVID CALLAHAN: Great to be here.

SHARMINI PERIES: David, first, give us a rundown of the different ways in which the Trump’s tax plan would affect charitable giving if it were to pass in the current form.

DAVID CALLAHAN: Well, the biggest way is that it would double the standard deduction that most Americans can take on their taxes; which means that people would not have an incentive to deduct their charitable giving. Right now, you can itemize. Many Americans itemize their taxes and so there’s an incentive directly to engage in charitable giving because you want that deduction when you sit down at the end of the year to itemize your taxes. By doubling that standard deduction, Americans would have less incentive to give. That’s the fear.

SHARMINI PERIES: Okay. Now, give us a practical example of what that means.

DAVID CALLAHAN: Well, it means that, according to some estimates, there would be some 13 billion dollars less in charitable giving, as people stop giving because they don’t get that charitable tax deduction. A lot of people, when they make charitable deductions, people give for many noble reasons but certainly one of them, for a lot of people, is to get that tax break. People who itemize their taxes, they sit down at the end of the year. They take all the charitable giving that they’ve done during the year. They add it up. That amount is not part of their adjusted gross income. When you double the exemption, what happens is that when people sit down and do that, that math at the end of the year, there’s just, looking forward to that, there’s much less reason to take the tax deduction, to engage in charitable giving.

SHARMINI PERIES: Now, aside from the reduction in donations, and estimates vary in this regard from 13 billion to apparently 95 billion dollar reduction. You also say it would skew donations towards the rich. Why is that and what is the consequences of such skewing?

DAVID CALLAHAN: Right now, because ordinary Americans have an, many of them have an incentive to give big charitable gifts to get a tax deduction, a lot of people do, but if that number falls, only those people, if you increase that standard deduction, it’s the wealthy who still benefit from it and still have an incentive to give while many households don’t. That exacerbates the trend we’re already seeing, whereby wealthy Americans have been giving more to charity and ordinary people have not been giving as much because they have seen their incomes flat over recent years. During this period of inequality, most of the income gains have gone to the top one percent. Those are the people who are giving. Ordinary Americans who have been slammed by the economic trends of recent years, have not been giving as much. This tax bill promises to exacerbate that trend.

SHARMINI PERIES: Another important measure in the tax reform plan is the repeal of what is known as the Johnson Amendment which prohibits tax exempt religious organizations from supporting political causes or political candidates, for that matter. What do you predict would be the impact of repealing this particular amendment?

DAVID CALLAHAN: The impact could be pretty dramatic. It would mean that churches, religious institutions, could become effectively shells for large scale electoral giving that major individual donors could give to these organizations, give to churches that could then turn around and engage in efforts to sway elections; and that we’d see a politicization of religious organizations, faith institutions in this country. That’s seen as a very troubling thing because there’s already a lot of politicization of philanthropy. We’re already seeing a lot of gifts going to highly ideological organizations that often work hand in glove with one of the two political parties.

Repealing the Johnson Amendment would just kind of open the door for more of that kind of charitable money to flow into politics. It’s kind of a backdoor. When most Americans think of charitable giving, they don’t think of swaying elections or pushing a partisan agenda; but this change would make that a lot more possible.

SHARMINI PERIES: All right. Now we are, of course, living in a society that’s highly dependent on charitable giving for doing social good, running food banks, and all kinds of services rendered to people in need. Are there any other ways, alternative measures that should be taken into consideration to improve fairness and effectiveness of charitable giving in this age? Like we were just talking about, the rich, they tend to give to things that they’re familiar with, to their art galleries, or museums, and that sort of thing. A lot of the general public give to small causes, like the food bank in your neighborhood, and so on. What would be a more fair and equitable way of charitable giving?

DAVID CALLAHAN: Well, one more fair way to do things would be to have higher taxes so we distributed more wealth through the government as opposed to leave it in the hands of individual donors to choose how to help society. I mean, this is the way that most other industrialized countries do it. They have higher taxes. They have stronger social services that are paid for with those taxes. College education is free or low cost. We’ve instead had this sort of public/private hybrid system, where we have low taxes but we depend upon a lot of this charitable giving to sustain the arts, to sustain higher education, social services. I think that that model has some deep problems. Certainly if you look at the arts sector, there’s not much, not nearly enough support for the arts in this society, compared to what you’ll see in other advanced industrialized countries. That would be one thing.

Beyond that, I think that we could make it easier for more Americans, ordinary Americans of modest means to make charitable contributions and get that tax deduction. There’s been talk of the universal tax deduction that everybody would be able to claim even if they didn’t itemize their taxes. That would be a step in the right direction. Unfortunately, Congress seems to be rushing in the very opposite direction here.

DAVID CALLAHAN: Great to be here. Thank you.

SHARMINI PERIES: Thank you for joining us here on the The Real News network.