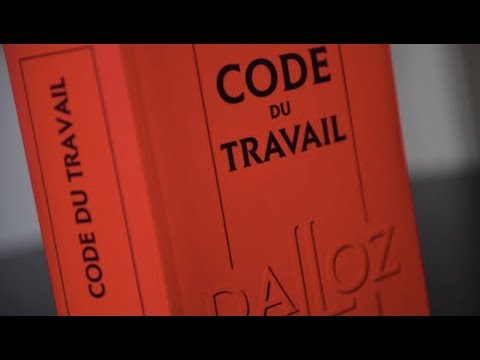 After weeks of negotiations with unions over the summer, the centrist government of French president Emmanuel Macron, unveiled measures to roll back labor laws in France. The measures include caps on payouts for wrongful dismissals and greater freedom to hire and fire. The plan would also give companies more flexibility to adopt pay and working hours to market conditions.

On to talk about this with me is Dean Baker. Dean is co-director of the Center for Economic and Policy Research and is the author of Rigged: How Globalization and the Rules of Modern Economy Were Structured to Make the Rich Richer. Thanks for joining us.

SHARMINI PERIES: Dean, François Hollande tried to do this as well, and many people predicted at the time that this was going to be the end of his presidency, and now we have Emmanuel Macron trying to roll back labor laws in France once again. First, tell us what is it that he’s rolling back and in whose interest, and whether this is the legacy of French presidents. It’s starting to look like that.

DEAN BAKER: Yeah. Starting with the second point first, actually, interestingly enough, Macron was actually the economy minister in Hollande’s government when he was attempting his labor market reforms. This has been an ongoing process. Hollande, who is, of course, a Socialist, before him Sarkozy was from the conservative party, they both had attempted labor market reforms. And this has to be understood as part of that process.

Now, how far this goes, you’d really have to be much more of an expert on French labor market policy and practice to be able to answer that with great authority. But I’ll just say what the biggest item here, at least from my standpoint, is that it gives companies the right to negotiate, companies with less than 50 workers, the right to negotiate directly with their workers apart from industry-wide agreements.

So if you give firms of less than 50, and that’s where a very large share of French workers are employed, if you give them the option to get out of these industry-wide agreements, you’re in effect taking away their union representation. So that’s potentially a very big deal, but again, how that plays out in practice, I think we’re going to have to see in the years ahead.

SHARMINI PERIES: Now, Dean, one of the reasons given for these moves in terms of rolling back labor rights is to improve the conditions in terms of employment in the country. Unemployment, I understand, is double that of other European countries of France’s status. Why is the rolling back of labor going to assist in terms of unemployment?

DEAN BAKER: That is a really good question. This is often asserted, and this is an area that’s hotly contested among economists. I and some of my colleagues have done some work on this over the years, and we actually found that there was very little relationship between what we refer to as labor market retentions and unemployment rates. And we wrote several papers on this.

We presented this at a meeting with the OECD back in 2004, and they largely accepted our conclusions, which isn’t to say that excessive labor market regulation can never be an obstacle to employment to growth, but that’s not generally the story. So the idea that if you weaken labor market regulation that France is going to see some sort of boom, there’s really no evidence to support that.

I should also point out it’s not the basket case that it’s often portrayed. If you look at employment rates, so the percentage of people that are employed, of prime age workers, people between 25 and 54 where we expect they’re for the most part not students and for the most part not retired, they’re actually above the United States. So when you hear “high unemployment,” it’s largely a story that actually more people want to work in France than in the United States that are counted as unemployed. But in terms of actually employing people, for their prime age workers, they do a better job than we do.

When you get to older people, people in their 60s, more people are retired. That’s a policy choice. It’s easier to retire, say, at 60, 61 in France than the US. You could argue whether that’s good or bad, but that’s a policy choice, that’s not an economic failure.

DEAN BAKER: I think the biggest issue here is that France is part of the eurozone, so that really constrains their ability to do monetary policy, fiscal policy to try and boost demand. That is the best way to increase demand, increase employment, is spend more money, have more aggressive monetary policy. I have to say the European Central Bank has been reasonably good in the last two or three years, much worse in the earlier years of the crisis. But France has very little ability to influence that.

Germany is really calling the shots here, and Germany has insisted that France, like everyone else, follow austerity policies, cut back budget deficits. They’d like to see France have an even lower budget deficit, which seriously constrains their ability to do anything to boost their economy with fiscal policy.

SHARMINI PERIES: All right. So what is your prognosis on Macron’s presidency here?

DEAN BAKER: Well, my guess is that these will have some effect. I don’t think a huge effect. They will weaken the power to labor. That’s what they’re intended to do. I don’t think we’re going to see any sort of investment boom. Hollande ended up leaving office as president with an approval rating of less than 10%. It wouldn’t surprise me if Macron goes into that territory fairly quickly because I don’t think this is going to be popular with most French people.

SHARMINI PERIES: Right. And the labor protests have actually consistently continued over during these negotiations, and I understand on the 12th of September, a massive demonstration is being planned against these labor rights rolling back in France. Any comment on that?

DEAN BAKER: That will have an impact. Most immediately, the question is getting this through the Parliament. Macron’s party commands a huge majority in the Parliament, so they have the votes, but of course, they are looking at the public reaction. They see big protests, they will take that in mind. So they will get something through. Do they have to make more compromises? Quite possibly. But as I say, I think the net effect in terms of employment is likely to be little. This will weaken the power of French workers, and to my view, that’s mostly not a good thing.

SHARMINI PERIES: Dean, September 12th is designated to be a day of action where large labor unions will be demonstrating and mobilizing people all over France against these measures of Macron. Who are some of the larger labor unions in France that has the wielding power to withstand these kinds of rollbacks?

DEAN BAKER: For the demonstrations, it probably would be the CGT, the Communist-aligned labor union, because they’ve been the most vigorous in their opposition. The other unions have been willing to work with Macron, have … I don’t know if should say supported, but they’ve been more willing to work with him and are more willing to accept the sort of pact he’s proposed, which doesn’t mean that many of them won’t be in opposition, but the CGT has pretty much been in opposition from the start.

SHARMINI PERIES: All right, Dean. We’ll keep an eye on this. I’m sure you will as well. Good to have you.

December 10, 2019
Sign Up for Our Newsletter
Help Us Make Real News!