Pentagon Papers whistleblower Daniel Ellsberg recorded this statement in February 2018, shortly before the 15th anniversary of when the Observer newspaper published the explosive March 2, 2003 story "US dirty tricks to win vote on Iraq war" -- based on a leak by GCHQ linguist and analyst Katharine Gun. RootsAction and ExposeFacts produced this story

Pentagon Papers whistleblower Daniel Ellsberg recorded this statement in February 2018, shortly before the 15th anniversary of when the Observer newspaper published the explosive March 2, 2003 story "US dirty tricks to win vote on Iraq war" -- based on a leak by GCHQ linguist and analyst Katharine Gun. RootsAction and ExposeFacts produced this story 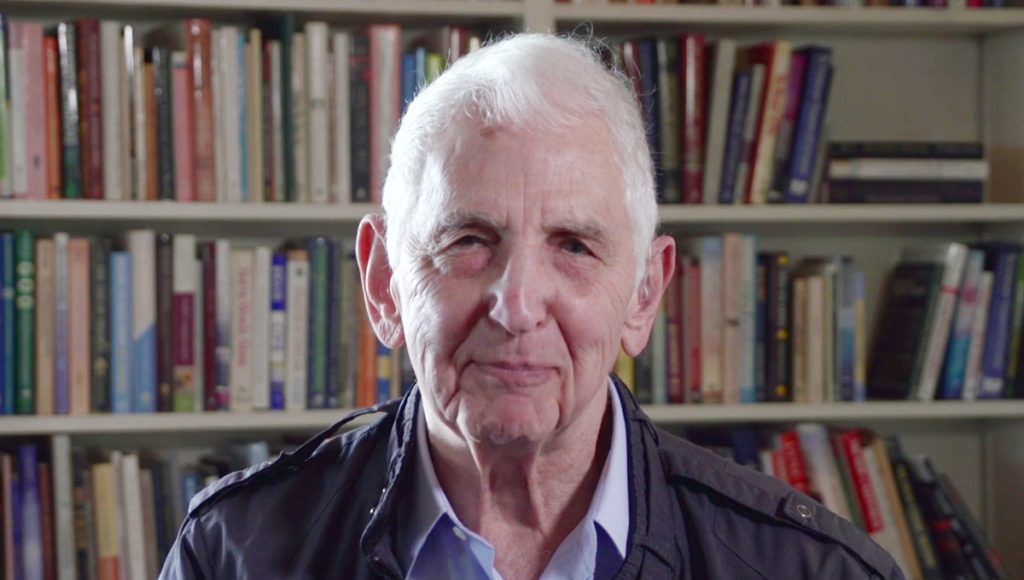 DANIEL ELLSBERG: Hi, I’m Dan Ellsberg. Exactly 15 years ago. I found myself reading on my computer from the Observer. The most extraordinary leak or an authorized disclosure of classified information that I’ve ever seen, and that definitely included and surpassed my own disclosure of top secret information: a history of U.S. decision making in Vietnam years earlier for which I’d been the first person prosecuted in the United States. We don’t have an Official Secrets Act like Britain that criminalizes all disclosure of classified information. But they innovated on using the Espionage Act against me to use it as if it were an Official Secrets Act as the first person prosecuted for that. I was looking at something that was clearly classified much higher than top secret as I recognized immediately. And I knew that because I myself had had in the Pentagon many clearances higher than top secret, including communications intelligence, of which this is very clearly an example. Codeword material, they call it. Sensitive compartmented information with special clearances. I had a dozen such clearances, but this I saw immediately was something higher classification than I had had in the Pentagon that I’d ever seen. It was an operational cable having to do with how to conduct communications intelligence. The purpose of it. The targets of it, not just the contents of the information to which I’d been, had access to earlier.

Someone very high in GCHQ, the British equivalent of the American National Security Agency, clearly was dissenting from what was clearly our progress toward an illegal war, and this was a cable from the NSA asking GCHQ to help in the intercepting of communications, and that implied both office and home communications, of every member of the Security Council of the UN. Now, why would NSA need GCHQ to do that? Because a condition of having the UN headquarters and the Security Council in the U.S. In New York was that the U.S. intelligence agencies promised or were required not to conduct intelligence on members of the UN. Well, of course they want that. So they rely on their allies, the buddies, in the British to commit these criminal acts for them. And with this clearly I thought someone very high in access in Britain intelligence services must dissent from what was already clear the path to an illegal war.

A second aspect to that was this was not history. This was a current cable, I could see immediately from the date, and it was before the war had actually started against Iraq. And the clear purpose of it was to induce the support of the Security Council members to support a new UN resolution for the invasion of Iraq. Without that second resolution it was very clear legally and one of Britain’s highest foreign service officers involved in legal matters had already judged it turned out that the British involvement in this would be illegal without a second resolution. How are they going to get that? Obviously essentially by blackmail and intimidation, by knowing the private wants and embarrassments, possible embarrassments, of people on the Security Council, or their aides, and so forth. The idea was, in effect, to coerce their vote. It turned out actually that this was not a high official and someone who did have extraordinary access to such material, but in this particular case only accidentally.

And what was most striking then and still to me about this disclosure was that the young woman who looked at this cable coming across her computer in GCHQ acted almost immediately on what she saw was the pursuit of an illegal war by illegal means. Now, the reason that’s so striking to me is that I’ve met many, many whistleblowers, including some who are in England today like Tom Creek and others, Jesselyn Radack. I made it my business to meet them because I feel a strong identification with them. And in nearly every case that I know, as in my own, there is some awareness that we could have done this earlier.

I’ve often been asked, is there anything about the release of the Pentagon Papers on Vietnam that you regret. And my answer is yes, very much. I regret that I didn’t put out the top secret documents available to me in the Pentagon in 1964, years before I actually gave them to the Senate and then to the newspapers. Years of war and years of bombing. It wasn’t that I was considering that all that time. I didn’t have a precedent to instruct me on that at that point. But in any case, I could have been much more effective in averting that war if I had acted much sooner. In this case we had a young woman who took that cable down, reflected on it, as I understand it, less than a day, or a couple of days, before deciding on the right course of action. And that was to give it to the newspapers, the Observer, the Sunday Observer, part of the Guardian.

And the effect of that was, she hoped, that Blair, Tony Blair the prime minister, would carry out his promise not to conduct an illegal war in Britain, not to go ahead without a vote of the UN Security Council. But this particular revelation, which I think was pretty much suppressed in the United States by threats, I suspect, of injunction. If this had first come out, I think if the intelligence agencies in America had gotten wind of this before it appeared, I believe they would have applied for an injunction. And in contrast to the Pentagon Papers case I think they would have gotten it, but they had the effect anyway in America.

It was highly covered in the rest of the world. There was great interest in the fact that American intelligence agencies were interfering with their policies that their representatives in the Security Council and countries that had suffered great intervention by the CIA in the past or the NSA made it impossible for their representatives to support the U.S. wish to legitimize this clear case of aggression against Iraq. So the U.S. had to give up its plan to get a supporting vote in the UN. Unfortunately, Tony Blair and the government in Britain went against their promise earlier to not go ahead with the war unless it was supported by the UN Security Council. They went ahead anyway, but without the legitimating precedent of an aggressive war that would have had, I think, many consequences later.

So Katharine Gun is one of the very few, and the only one I think of really, whistleblowers who do not wait who was not dealing only with historical material but was acting in a timely fashion very quickly on her right judgement that what she was being asked to participate in was wrong. I salute her. She’s my hero. I think she’s a model for other whistleblowers. And for a long time I’ve said to people in her position or my own position in the government, don’t do what I did. Don’t wait till the bombs are falling or thousands more have died.

If you have information that bears on deception or illegality in pursuing wrongful policies or an aggressive war, don’t wait to put that out and think about it. Consider acting in a timely way at whatever cost to yourself. And Katharine Gun did reveal herself and face trial for this, and I would say a sure conviction , except that the government was not willing to have the legality of that war discussed in a courtroom, and in the end dropped the charges.

I would say then to them: Do what Katharine Gun did. 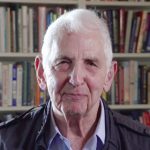 Daniel Ellsberg is a former US military analyst employed by the RAND Corporation who precipitated a national political controversy in 1971 when he released the Pentagon Papers, a top-secret Pentagon study of US government decision-making about the Vietnam War, to The New York Times and other newspapers. His recent book is entitled, The Doomsday Machine:…

Daniel Ellsberg on the Release of the “Top Secret” Pentagon Papers