Why does Cuba fear Miami? 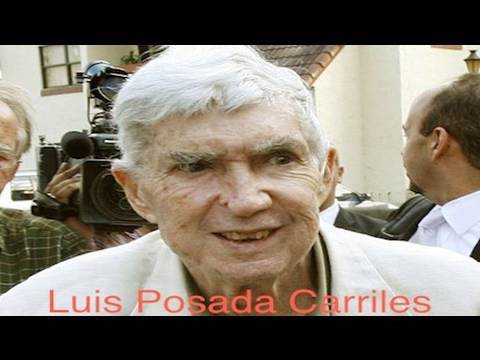 JESSE FREESTON, PRODUCER, TRNN: As we discussed in part one, new evidence has emerged that journalists on the US government payroll may have had an influence in the 2001 conviction of five Cuban intelligence officers known as the Cuban Five.

FREESTON: Though little is known about the Cuban Five in the United States, ever since their arrest in 1998 it has been an issue front and center for much of the rest of the hemisphere. Father Miguel d’Escoto of Nicaragua raised his concern about the case in an interview with The Real News last September, during his last day on the job as president of the United Nations General Assembly.

MIGUEL D’ESCOTO BROCKMANN, FMR. PRESIDENT, UN GENERAL ASSEMBLY: They infiltrated not government agencies but terrorists who work out of Miami. Miami has been one of the biggest terrorist havens in the world.

D’ESCOTO (SUBTITLED TRANSLATION): This pretext of a global war against terrorism isn’t credible when the most distinguished of antiterrorism heroes are punished.

FREESTON: Col. Lawrence Wilkerson has been a vocal critic of the treatment that the Five have received under the US legal system. The agents are known in Cuba has the "five heroes". Col. Wilkerson doesn’t agree with that title.

COL. LAWRENCE WILKERSON, FMR. CHIEF OF STAFF TO COLIN POWELL: Are they truly heroes? No, not in my mind, no more so than an American caught in a foreign country spying is a hero. He’s doing his job. He’s a professional doing his job. But I have a strange view of calling people "heroes". We do it far too often in this country. But are they people who should be kept in jail for the time that they have been sentenced to? Absolutely not. That’s not due process; that’s not the American jurisprudence system. People spy on each other in this world all the time. Countries spy on other countries. We bugged the UN Security Council. We bugged the chambers of diplomats in the United Nations and listened to their conversations. I mean, let’s talk about the French spying on us for business purposes. Let’s talk about the Israelis spying on us for every purpose under the sun. Let’s talk about other people whom we spy on for the same reasons.

FREESTON: The Cuban government claims that this case is fundamentally different because the spies were not spying on the US government but rather on US-based terrorists in Miami. One of the Five, Gerardo Hernández, who is serving two life sentences plus fifteen years, described his mission to the BBC in a 2007 telephone interview from jail.

GERARDO HERNÁNDEZ, THE CUBAN FIVE: In 1997, a bomb exploded in a Cuban hotel and killed an Italian tourist. And in 1976, as you know, a bomb exploded in a Cuban airplane and killed 73 people. And that’s only two examples of terrorist acts committed against Cuba. So at a certain point Cuba decided to send some people to gather information on those groups. In 1998, Cuba passed to the FBI some information regarding those groups, hoping that they would be able to do something against them, and, unfortunately, what they did was arresting the people that have gathered that information.

FREESTON: But Wilkerson does understand Cuba’s desire to know what’s happening in Miami.

WILKERSON: There were Cubans in Florida who were intent on terrorism in Cuba. No question in my mind that’s true. One of them walks free [on] the streets of America today, principally in Miami and Dade County, and that’s Luis Posada Carriles, who was a CIA-trained operative who blew up a Cubana Airlines airliner and killed 70-plus people, who probably was responsible for killing an Italian in a series of hotel bombings in Havana. So we are harboring a terrorist in Florida today, a terrorist whom we will not extradite to Venezuela, where he’s under charge, and a terrorist whom we will not deal with ourselves because of our fear, our cowardly fear, of the Cuban-American political minority in Florida. So I understand the Cubans’ desire to come to Florida and to put people into these groups, these groups of essentially American terrorists, and find out what they’re planning and find out what they’re doing. When I was in Cuba in March 2007, one of the questions I got, which I thought was laughable but I realized quickly was serious when the president of the national assembly of Cuba asked me the question in all seriousness: when is the 82nd Airborne going to land on José Martí Airport? They really fear the United States, and they have ample reason to fear the United States. After all, in 1961 we tried to invade them at the Bay of Pigs, and we have tried to assassinate Fidel Castro a number of times; we have tried other operations against Cuba. So they have a reason to fear us. Let me tell you what I was doing in the early ’90s with regard to military exercises, when we exercised with the scenario being Fidel Castro has died, there’s chaos in Cuba, what are you going to do. They’re free-flow exercises, so they go wherever the intelligence and the circumstances take you. And the exercise would always end not with us going to Cuba to insert some new government or whatever; it would end with us having blockaded the southern part of Florida, cordoned off the southern part of Florida, and turning back these flotilla of boats, these 600 or so boats that would have Cuban Americans in them with C-4, dynamite, small arms, including machine guns, and so forth, headed for Cuba, headed for Cuba in order to reestablish themselves on Cuba.

FREESTON: Wilkerson wants the Cuban Five’s conviction to be reviewed immediately, especially given these new revelations about government-paid journalists.

WILKERSON: And I think it’s screamingly obvious that even without this, a change of venue should’ve been granted. How can you get a fair trial? One person put it this way: he said it’s like saying that an Israeli could get a fair trial in Tehran. That’s a very apt analogy.

FREESTON: The convictions were overturned in an appeal court in 2005 on the grounds that the trial should have never taken place in Miami. Attorney general at the time Alberto Gonzales intervened, forcing another appeal, at which time the convictions were reinstated.

WILKERSON: And all of this, of course, was about getting the 27 electoral votes in Florida for George W. Bush, and for that matter for other presidents. What gave me a great deal of hope about a change in US-Cuba policy by the election of Barack Obama, for example, was that he was the first president elected without the Cuban-American vote, and so I thought maybe we can get some action here now, because obviously Cuban Americans are not necessary for his hold on the White House or his getting the 27 electoral votes from Florida.

FREESTON: In 2009, the Cuban Five lawyers pushed the trial right to the door of the Supreme Court, where Solicitor General Elena Kagan, acting on behalf of the Obama administration, filed an intervention calling on the Supreme Court to deny the review, which they did.

WILKERSON: I’ve been somewhat dismayed by the lack of political courage on the part of the Obama administration, including the president himself, to take on some of these more dicey issues. And the reason is because they’re scared of being labeled by the Rush Limbaughs of this world, who, after all, are the leaders of the Republican Party, my party, taking them to task for being light on national security.

FREESTON: Cuban-American singer Gloria Estefan, a vocal member of Miami’s exile community, whose father participated in the failed Bay of Pigs invasion, has enjoyed significant access to the president. He granted her a rare, exclusive interview for her Christmas special with Univision. Estefan also recently organized a parade through Miami to demand freedom for political prisoners in Cuba. Posada Carriles, a self-admitted bomber of civilian targets inside Cuba, was in attendance at the parade. A couple of weeks after the rally, Estefan played host to president Obama at a $15,000 per head cocktail party that raised more than $1 million for the Democratic Party. Meanwhile, Elena Kagan is now Obama’s nominee to join the Supreme Court, and much has been made in the media about how little is known about her views. Col. Wilkerson hopes that her position on the Cuban Five, along with other instances in which she privileged national security concerns over constitutional rights, becomes a focus of her confirmation hearings, which are set to begin on June 28.

WILKERSON: —want to know on what grounds did she base her decision. This question should be asked, just as the question should be asked: how come you haven’t closed Guantanamo? You promised it. How come you haven’t done these other things? How come you are going, your Justice Department is going with the national security issue in courts of law all over the land just the way the Bush administration was? How come the Patriot Act seems to mean as much to you and maybe more than it did to George W. Bush, Dick Cheney, and David Addington? What is this about national security that seems to capture presidents and make them cowards?

FREESTON: This week, Gerardo Hernández files his latest appeal for a retrial, waiting to see if revelations about government-paid journalists will be enough to force a revisiting of his conviction.