Sanders Delegate: Climate Change and the Israeli Occupation Must be Raised at the Convention 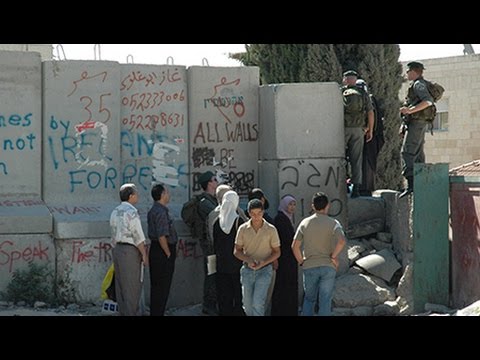 We’re at the People’s Summit in Chicago, and we’re continuing our interview with Carlos Ramirez-Rosa. He’s the alderman for Chicago’s 35th Ward. Prior to his election to Chicago City Council, he worked as a community organizer. And he’s also a Bernie delegate at the coming convention.

JAY: One of the things at the summit that I didn’t hear much of–and it didn’t play a prominent role in the Sanders campaign, which was the issue of U.S. foreign policy. On the other hand, Sanders appointed to the platform committee Cornel West, who he knew–he had to know that Cornel was going to make not just an issue about U.S. foreign policy, but particularly an issue out of U.S. policy towards Israel and Palestine. We didn’t hear any of that over the weekend, but it’s going to be a fight, certainly at the platform committee. How big an issue do you think the delegates, Bernie delegates are going to make about U.S. foreign policy, and then particularly Israel-Palestine?

RAMIREZ-ROSA: That’s a great point, Paul. You know, I have not heard much discussion about the relationship of the U.S. with Israel, with divesting from Israel to support the people of Palestine. Not a lot of that was discussed this weekend. And I think that’s a conversation it needs to be had.

For the most part I heard a lot of discussion about fracking, about climate justice, about the Trans-Pacific Partnership.

JAY: And just again, what do you think? Will the delegates, Bernie delegates, make this an issue at the convention?

JAY: The other issue which I thought could have been positioned differently given its importance is the whole issue of climate change. It’s there, but it’s kind of on a grocery list of things. Like, there’s this and this inequality and this issue and that issue and there’s climate change. It was kind of like that with the Sanders campaign itself. I always thought this was going to really become the issue in the California primary, and I thought that would have been a very effective policy point for Sanders fighting Clinton in California, to make climate change and their policy and their difference on that far more prominently. And it didn’t, the campaign didn’t wage it. Again at the convention.

The sense of urgency about climate change, it’s, like, not just another issue. It’s–I mean, if one believes the science, and I think most people now do, it’s apocalyptic in its consequences. But that sense of urgency is not–we’re not seeing this either over this weekend or even in the Sanders campaign, even though he talks about it that way. But it doesn’t get pushed that way.

RAMIREZ-ROSA: You know, I saw a lot of folks here from the 350.org movement. They’re pushing, on the local level, divestment from fossil fuels. They were actually talking to me about divesting the city of Chicago from fossil fuels. I think that’s an initiative we’re going to move forward with as a progressive caucus here in the city.

But that’s the main point that I heard from a lot of delegates is that they really want to make sure that Hillary’s platform, that the Democratic Party platform, is moving away from fossil fuels, is unequivocal that fracking is not an option in our country, and moving towards green energy.

So I do think that amongst the base, right, and amongst the group of folks that are going to go to Philly, there’s going to be a push around climate justice.

JAY: I’m hearing some people whose conclusion is: in spite of best efforts, Hillary Clinton is who she is, meaning she is part of that class of billionaires and such, so there’s not going to be some transformational catharsis of who Hillary Clinton is and what she does when she’s president. So there’s already a lot of talk about down-ticket fighting at the congressional level, state legislature, and such, but even talk about what a primary against President Clinton might look like in 2020. How much are you hearing that, and what’s your thoughts on that?

JAY: And do you get any sense whether the Sanders campaign itself, Sanders himself over the next few months is going to be more focused on supporting progressive candidates down-ticket, or more focused on Trump, which the flipside of means supporting Clinton?

RAMIREZ-ROSA: You know, that’s a question for Senator Sanders. But I am happy that he’s putting a focus on changing the rules of the Democratic Party, because that is signaling that he wants to make it easier for a progressive to run in the future.

JAY: And there’s this petition Tulsi Gabbard has to eliminate superdelegates. I guess that’s going to be a major point of the fight.

JAY: Alright. Thanks very much for joining us.

What can the Left Learn from Corbyn’s Stunning Election Performance?